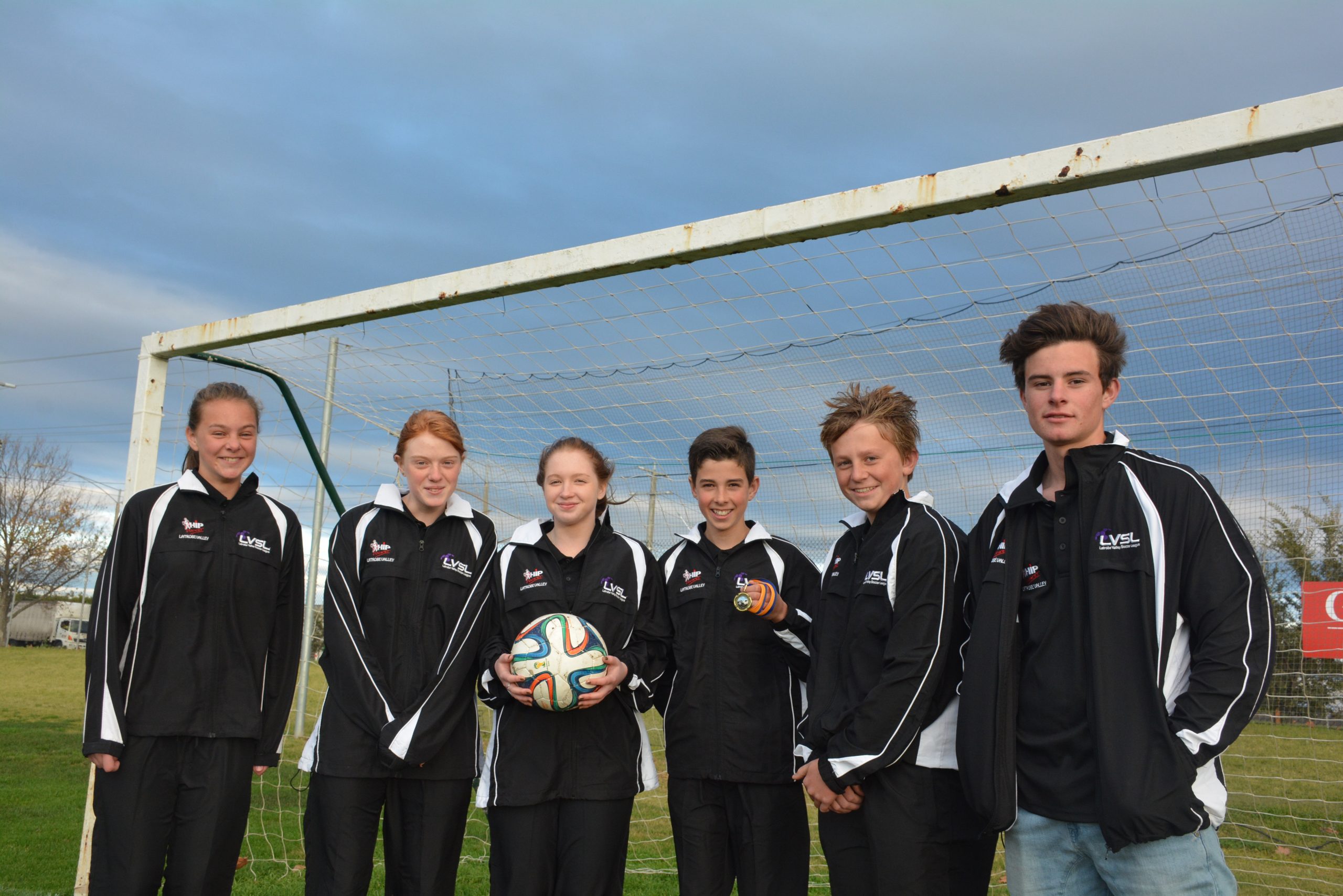 A total of 109 games were played over the Queen’s Birthday long weekend in Bendigo.

Joshua and Tully were a part of the under 16 boys’ squad which defeated Bendigo 2-1 in a competitive grand final. Joshua captained the team, scoring from a free kick in the final.

The team scored 16 goals and conceded only four.

Joel was selected as captain for the under 14 team, which was unlucky to miss a finals berth. With Warnambool scoring 14 goals and Latrobe Valley 12, it was the former which went on to take on Albury-Wodonga in the grand final.

Kelsie and Maya were members of the LVSL under 16 girls’ team.

Kelsie played in the midfield as well as striker, while Maya was one of the main defenders. The girls received a medal each off their coach for the effort they displayed.

Hollie was in the under 12 girls’ team under coach Denis Demosthenous. Hollie is currently trialling for the state primary schools team in Melbourne.