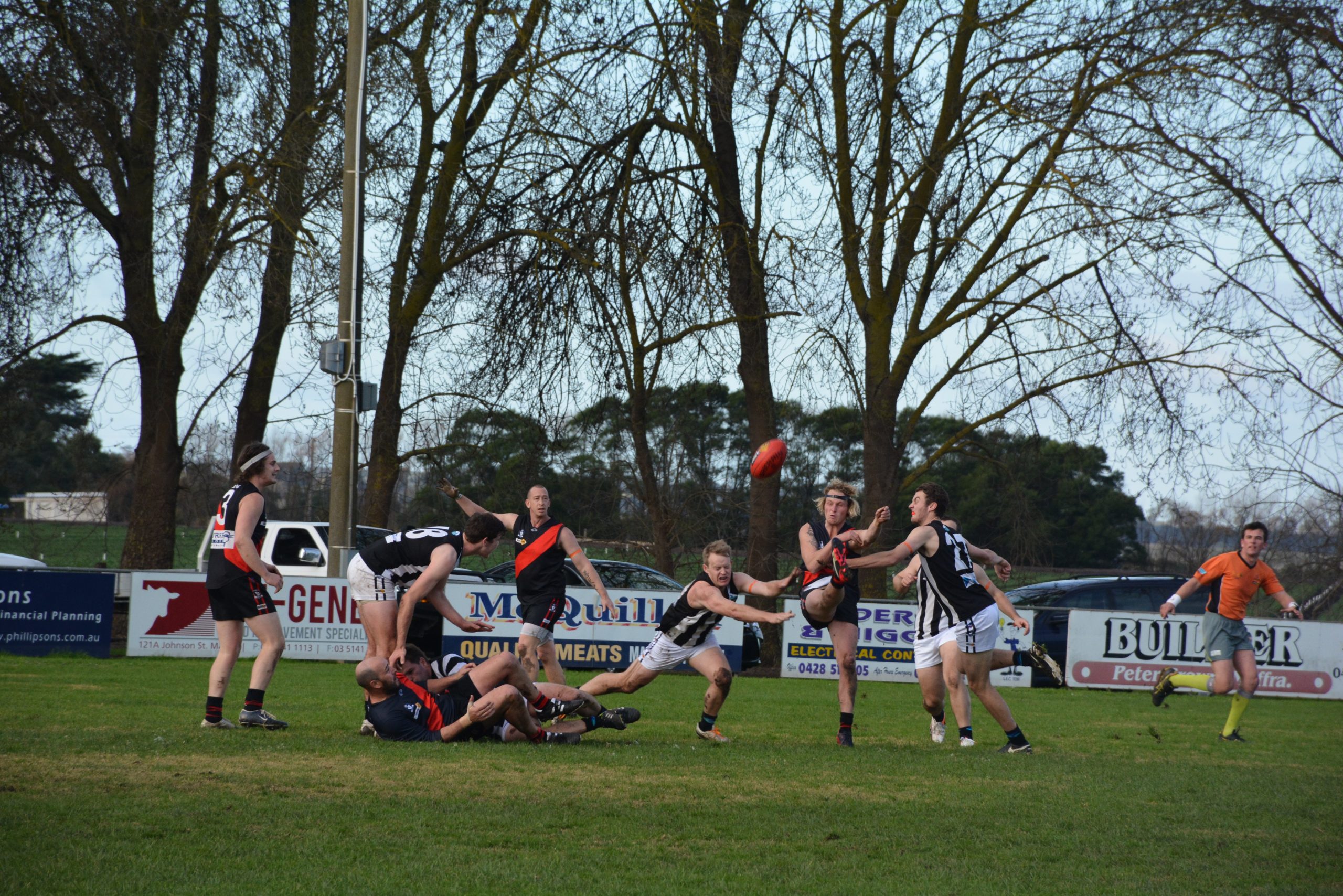 DESPITE a close first half, Lucknow was too strong for Boisdale-Briagolong.

The 11.16 (82) to 9.7 (61) result at Boisdale moved the Magpies into fifth place on the East Gippsland football ladder, two points outside the top four.

Boisdale-Briagolong hosted the Orange Round match, an initiative to end violence against women. Players and umpires wore orange to raise awareness of the issue.

The Bombers took off too quickly, with the visitors able to stay within a handful of points for most of the game until they opened the throttle in the third quarter.

The Magpies were led by Tim Daniel, while Jacob Green kicked three goals.

Callan Egan and Jamie Mcintosh kicked two goals each for the Bombers.

STRATFORD stunned Lakes Entrance with its best first quarter all year before going down to the premiership challenger 12.22 (94) to 7.11 (53).

The Swans kept the Seagulls to a single behind in the first quarter, but then were left scoreless in the second. They recovered well, but not enough to bring the momentum back, as Lakes Entrance piled on the goals.

Brad Cook and Kenny Puruntatameri stood out for the home side with three goals each, and best-on-ground Kane Thomson kicked two.

ORBOST-Snowy Rovers had the game of its season, overcoming the powerful Paynesville team in a duel which went right to the wire.

The Blues made comebacks during the second and final terms, with strong defensive work keeping the home side goalless in the second.

Both teams were boosted by Gippsland League players, as Bairnsdale had a week off due to the split round.

Deon Scott and Tom Smith both kicked four goals each for the visiting Blues, with Alex Saunders their best. Mathew Davidson scored a five goals for the Gulls, taking him to the top of the goal kicking table, level with Lucknow’s Shaun Ryan on 33.

The third quarter in particular was a low scoring affair, but the Cats were able to stay in front.