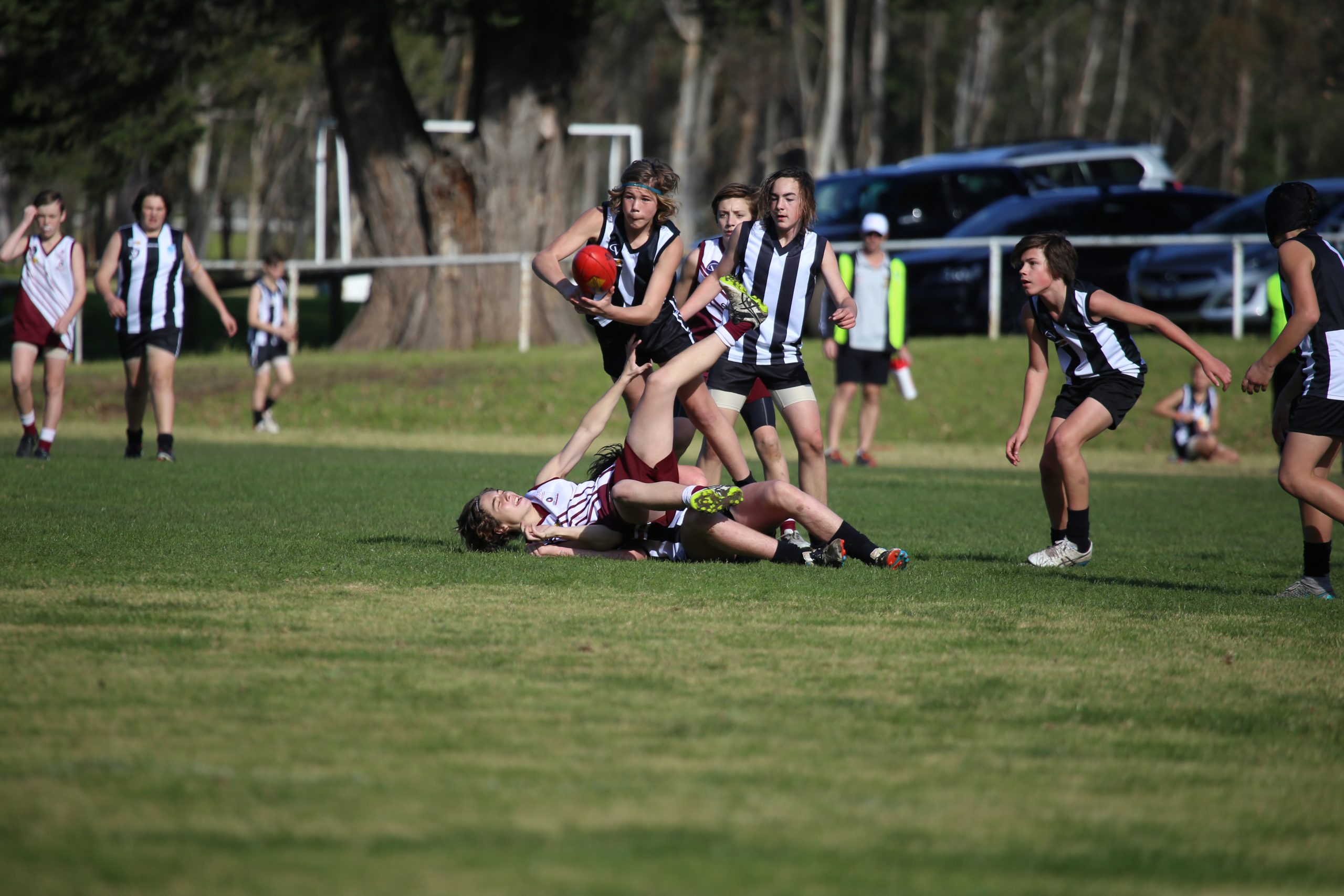 Round robin matches were played on Tuesday and Wednesday across three age groups, with the top two in each to contest the finals at Sale Oval on Sunday.

Sale and District Junior Football Association will not be represented by a team on Sunday.

Bairnsdale qualified for the final after being the only undefeated team in the section. Warragul lost only one of its five matches, to Bairnsdale.

Sale finished in fourth place. After losing its two matches on Tuesday, Sale recovered to win its next two matches on Wednesday before finishing with a loss.

The under 14s final will be contested by Warragul, which is undefeated with five wins, and Alberton.

Sale began with victory over Bairnsdale before losing to Warragul on Tuesday. On Wednesday, Sale drew with Traralgon then lost to Alberton to finish in fifth place.

The day of finals will conclude with the under 16s clash between Bairnsdale and District, and Traralgon and District.

Only three leagues contested the under 16s, leaving only three round robin matches on Wednesday to determine the finalists.

Sale lost the first match to Traralgon, who was then defeated by Bairnsdale. To book a place in the title decider, Sale needed to defeat Bairnsdale in the final round robin match, but lost by 52 points.