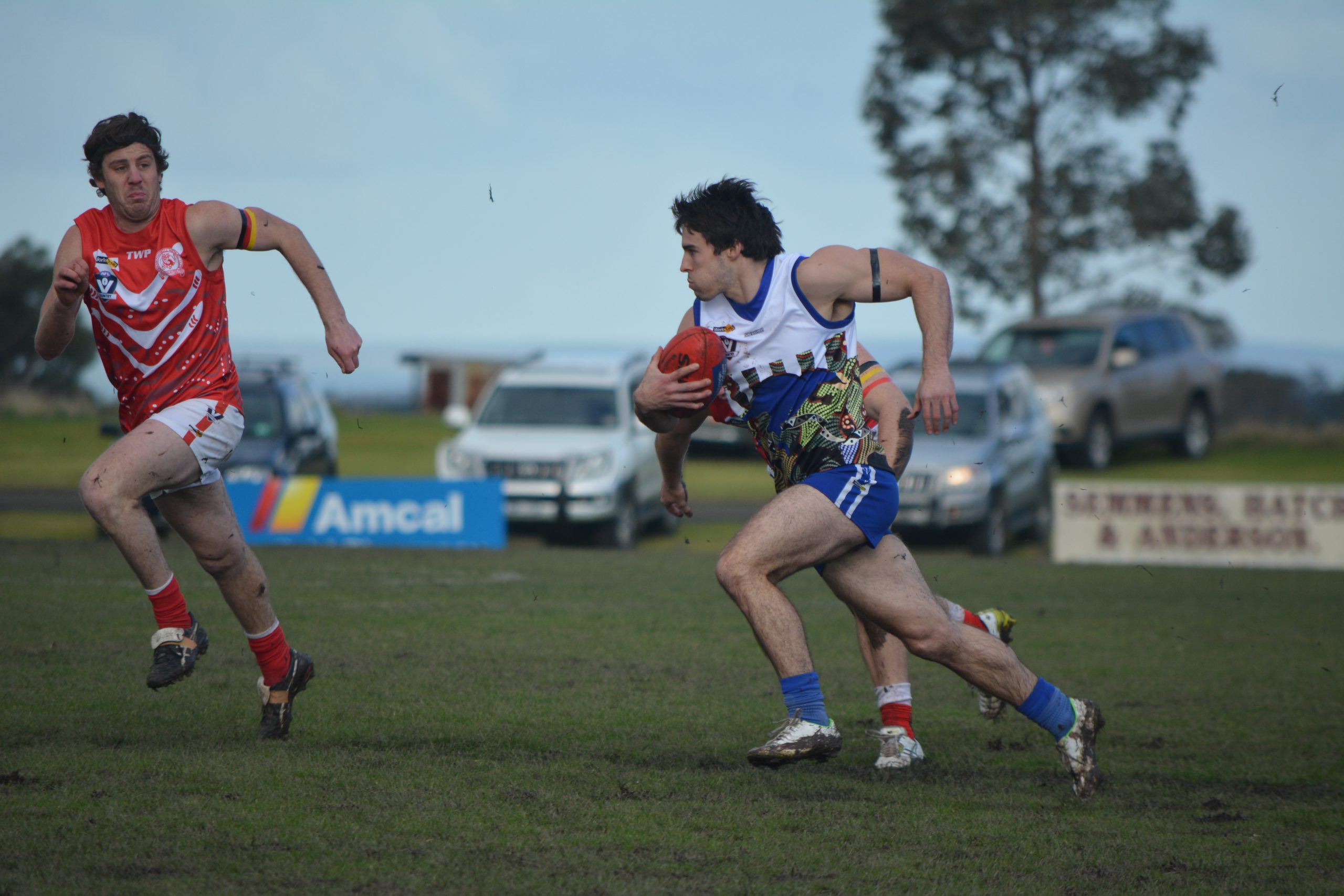 HEYFIELD coach Josh Stubbe is expecting to feel the full force of Sale City’s attack when the Bulldogs visit the Gordon Street Reserve on Saturday.

The ladder leaders suffered their first defeat of the North Gippsland football season at Churchill last weekend, and Stubbe said his side would be prepared for an immediate response.

“I’m expecting (Sale City) to bounce back after their first loss and to come out firing,” Stubbe said.

“We’ll go with the same game plan we’ve had all along, go man-on-man and try to match them physically. City are at their strongest when you don’t man them up and get out of the zone and run.”

While the fortunes of premiership contenders is always of interest, Heyfield has its own situation to focus on.

The Kangaroos remain locked in a battle for a spot in the top five and any win against a side above them — such as last week’s narrow victory against fellow finals hopeful Yarram — will be crucial.

After a slightly lacklustre beginning to the season, Heyfield has kicked into gear over the past month and now sits two games clear of sixth-placed Rosedale.

Stubbe said the return of players such as Jesse Bedggood and the re-emergence of former captain Dave Kelly, who began the year in the reserves, had made a major difference.

“We’ve shown some good form of late and we’ve got some key players back which has helped us,” Stubbe said.

“We’re playing some good team football at the moment and having some different options up forward helps with the confidence.”

Sale City’s interchangeable midfield-forward duo of Jacob Schuback and Justin McLay loom as key one-on-one match-ups for the Kangaroos to get right, as does fit-again midfielder David Piasente.

Speaking after last week’s defeat to Churchill, Bulldogs coach Piaesente said wet weather footy was one area his side would look to improve on the back of the winning streak being broken.

“The first half of the season was sensational weather-wise so it was a bit of a hard adjustment with so many stoppages,” Piasente said.

“Training this week will likely be wet again, so we’ll have a chance to work on it.

“I’ve lost enough games in my career to know how it feels so I would have been happy to keep winning. The next few weeks will show us where we’re at and whether we’re happy to cop it on the chin and move on.”

ELSEWHERE, Woodside will host Traralgon-Tyers United in the second of four indigenous respect fixtures taking place across the league this season.

The Wildcats will be wearing specially-designed jumpers and netball bibs as a symbol of a nine-year partnership with Wulgunggo Ngalu Learning Place.

The Bombers are coming off their first win under new coach Nick Turnbull, who replaced the resigning Jay Neagle in the role two week’s ago.

In other matches, Rosedale will take on Gormandale, Glengarry meets Churchill, and Yarram faces Cowwarr.