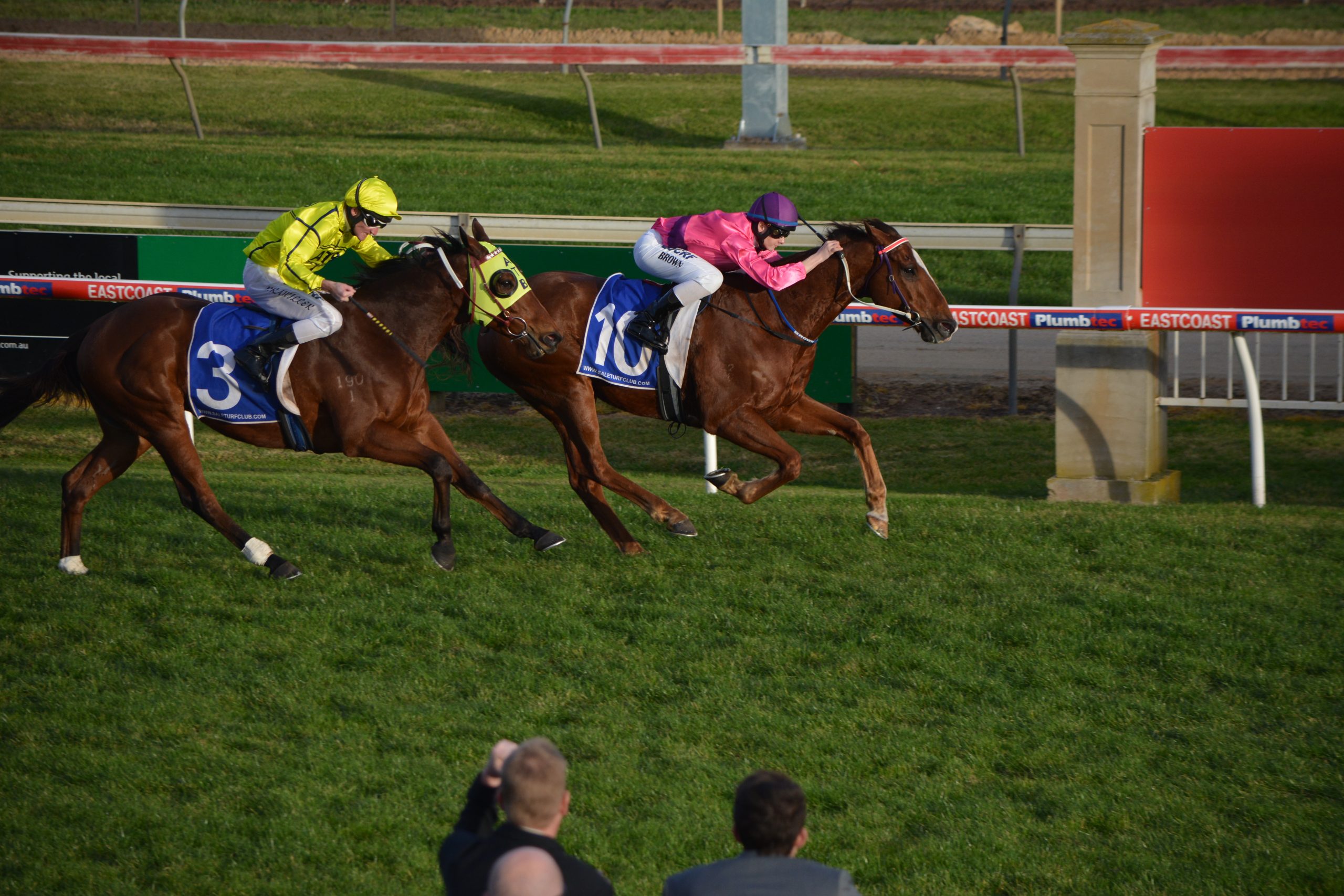 Strong fields at Greenwattle on Sunday for the Sale Turf Club’s eight event program, raced on a track upgraded from a soft seven to a soft six.

The feature event, the final of the Gippsland Middle Distance Series Final carried prize money of $50,000.

First Course, coming of a last start second at Sale has four wins and 14 placings from 54 starts. Cranbourne trainer John Price and Michael Walker combined to win the first event, the Maiden Plate with Heaven’s Reject.

Michael Walker was in the winners circle again in race two winning on the Patrick Payne trained So Ard, which has been racing at Swan Hill and Mildura.

Ventor trained by Cindy Alderson and ridden by Jamie Mott came from well back to win in a photo finish from Sale trainer Ian Hutchin’s Caruselle ridden by Dale Smith.

In another close finish Schneller, trained by Clinton McDonald and ridden by Jacob Rule, won race six, the BM64 handicap from Inkulum, trained at Moe by Len Xuereb.

Cranbourne galloper First Course won race seven, the feature event, the Gippsland Middle Distance Final. She Brings Hope, ridden by David Moor and trained by David Brideoake won the last event the BM64 handicap. The next meeting at Greenwattle will be held on Thursday, July 21.