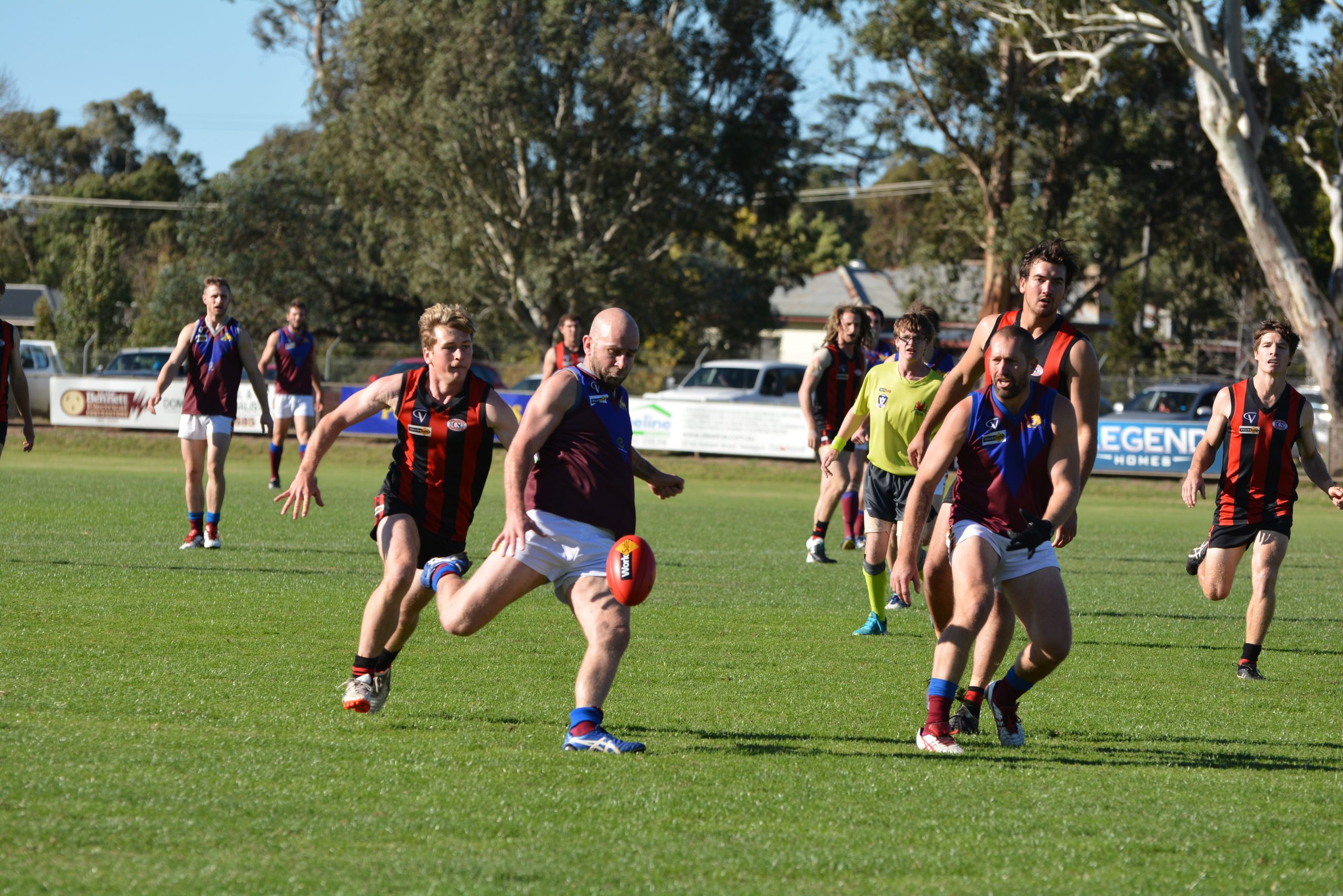 MAFFRA will this Saturday take on a Moe side whose season is losing momentum.

On track for a first appearance in the Gippsland League football finals since 2009, the Lions have lost four of their past five matches. They now sit in seventh place, two wins outside the top five.

The Lions are in a similar position to what Drouin was two rounds ago and will be hoping for the same result: a much-needed victory over Maffra at home.

Second-placed Maffra is safe in the top five. Having escaped the mud at home with four premiership points last start against Morwell, the Eagles will be at least hoping for a firmer track at Ted Summerton Reserve, which has undergone resurfacing over summer.

The Eagles have won their past nine games against the Lions, dating back to the beginning of the 2012 season, winning by an average margin of 61 points.

In their match at Maffra this season, the Lions challenged the Eagles for three quarters before the home side booted eight goals to one in the final term to win by 47 points.

Moe’s final quarters have been a great worry throughout the season, and will need a full four-quarter effort on Saturday if it’s to knock-off the Eagles.

SALE will head the east to face Bairnsdale.

With injury and the unavailability of key players hitting both teams’ seasons, they are still clinging on to fading finals hopes, although their fortunes have been travelling in different directions over the past month.

While both sides are level on points, it’s only the Magpies have a better chance for pushing for a finals spot because of a superior percentage.

Since recording a 31-point win at Sale in round six, their first victory there since 1994, the Redlegs have been on the wrong end of one-sided matches. A fortnight ago before their break, the Redlegs failed to kick a goal in the Traralgon mud.

The Magpies are gradually welcoming key personnel, with performances improving accordingly. They were far from disgraced against Leongatha last round.

WONTHAGGI and Traralgon will be aiming to build some momentum ahead of the finals.

While the Maroons’ place in the top five isn’t in jeopardy, they can’t accord to cruise into the finals.

The Power is yet to make sure of a place in the finals, but Warragul’s loss to Leongatha to begin the split round last weekend was enough to see it take fourth place on the ladder on percentage.

Expect this match to be close, with none of the past eight games between these teams having a margin greater than 22 points. In round six, the Maroons won by three goals.

VICTORY at Morwell will move Drouin into the top five.

Two points outside the top five after winning four of their previous five matches, the Hawks are pressing for a finals spot, but the Tigers are proving to be tough task at home for most visiting teams this season.

Their clash earlier this year resulted in the first drawn match in 48 meetings between the clubs.