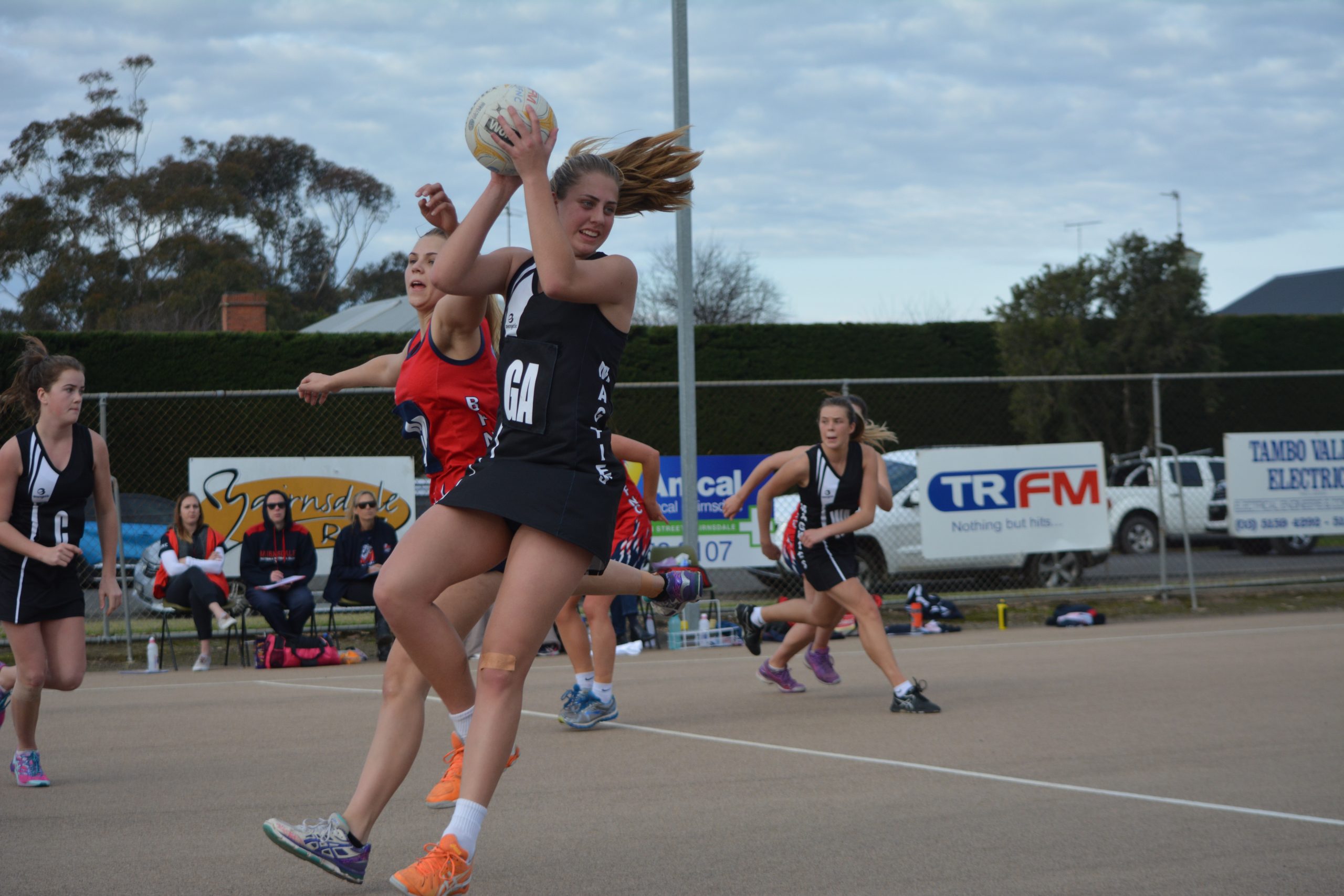 SALE and Maffra were defeated away from home during round 15 of Gippsland League netball on Saturday.

The Magpies are in ninth place after their 50-45 loss at Bairnsdale, while the Eagles lost to fourth-placed Moe 59-42.

The seventh-placed Eagles will have two matches this weekend, hosting Traralgon on Saturday before the rescheduled game against Leongatha at Traralgon on Sunday.

Drouin remains top of the ladder after knocking off fellow premiership contender Morwell 50-37.

Morwell is in third place, ahead of Moe by less than one per cent.

Traralgon remains second, one game adrift of Drouin, after a high scoring 69-55 win over Wonthaggi.

With three rounds remaining, Leongatha and Wonthaggi are battling for the last spot in the finals.

THE five teams who will contest the North Gippsland netball finals have been set.

During the penultimate round, Cowwarr secured fifth place with a 39-36 win over second-placed Churchill at home.

The Saints are eight points ahead of sixth-placed Glengarry, which lost at Rosedale 66-39 to the second-placed Blues.

Victory over the bottom-placed Gulls would have moved the Bombers into fourth place, but are in sixth with two rounds before the finals.

Stratford defeated Lindenow 55-50 at home as the Swans seek to secure the double chance during the finals.

Top side Wy Yung defeated Orbost-Snowy Rovers 51-46. The Blues are involved in the battle for fourth place with Boisdale-Briagolong and Lindenow.

Third-placed Lakes Entrance had a 49-31 victory at Lucknow.