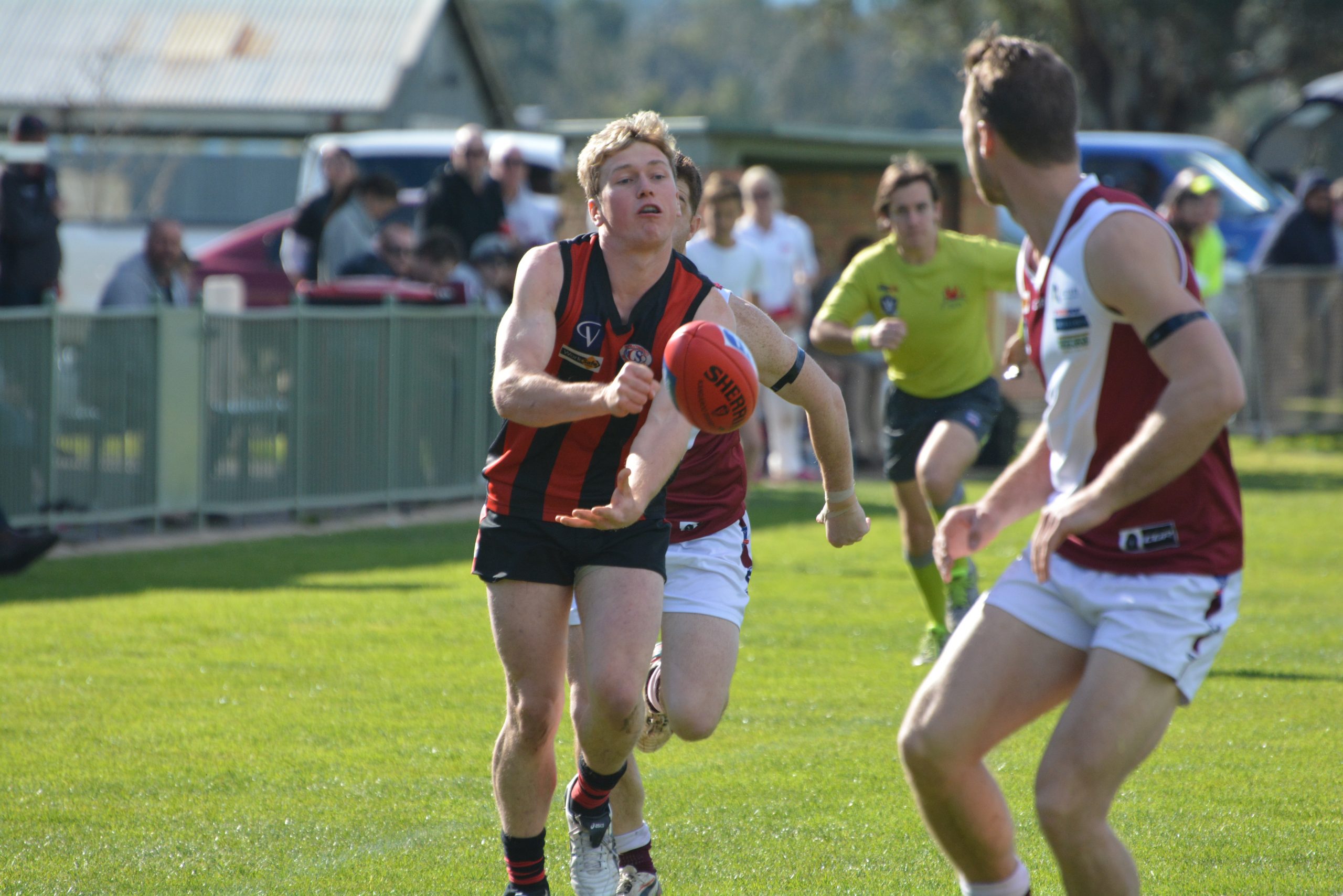 A FINAL quarter surge was not enough for Maffra, as Traralgon returned home with an eight-point victory.

Regardless of results over the final two rounds, these teams will meet again in the qualifying final.

With the Maffra Recreation Reserves in vastly better condition than it was the previous match there, the Maroons’ hard running served them well as they established a 26-point lead at the final change.

The Eagles needed an early goal to eat into the deficit and give them a hope of snaring victory. It came when captain Sam Pleming, who was moved from defence to the forward line, kicked a goal in the third minute.

Pleming kicked another major to reduce the margin to 14 points midway through the term.

When Kel Porter swooped on the loose ball and kicked it to Pleming for his third goal, the Eagles trailed by seven points.

The Maroons were tiring, and the Eagles could sniff a big win.

Patrick Jones and Danny Butcher combined well to get the ball to Mitch Bennett, who kicked his fourth goal for the day and put the Eagles within a point heading into time-on.

That was as close as the home side got, because, against the run of play, Ryan Farmer kicked a goal to stretch the Maroons’ led back to seven.

Earlier, turnovers kicking the ball out of defence were not helping the Eagles’ cause. However, the Maroons were not making the most of their opportunities.

Despite having one less scoring shot, the Eagles led by eight points after booting five goals to three in the first quarter.

Lee Stockdale turned the match in the Maroons’ favour during the second quarter, kicking four of their six goals for the term.

The Eagles were not hitting targets and dropping marks, but still kicked three goals as they reached the main break trailing by 10 points.

The Eagles had intensity, but that dropped toward the end of the term, allowing the Maroons to take what proved to be a match-winning 26-point lead into the final change.

Porter and Channing worked hard to give the Eagles control of the midfield contests.

In the absence of injured Trent Knobel, Kieran Jones did a fine job in the ruck, running out the match.

Jarryd Clohesy and James Huts stood up when the Maffra defence was under siege.

Jackson McMahon and Michael Jacobsen were among the Maroons’ best players.

DROUIN took a big step towards securing a finals place with a 17-point home win against Wonthaggi.

The fourth-placed Hawks are now six points ahead of Warragul and the Power, with victory this weekend against Sale enough to confirm its place in the finals.

Eight unanswered goals in the first term had the Parrots on their way.

MORWELL moved off the bottom of the ladder after a three-point win at Bairnsdale.