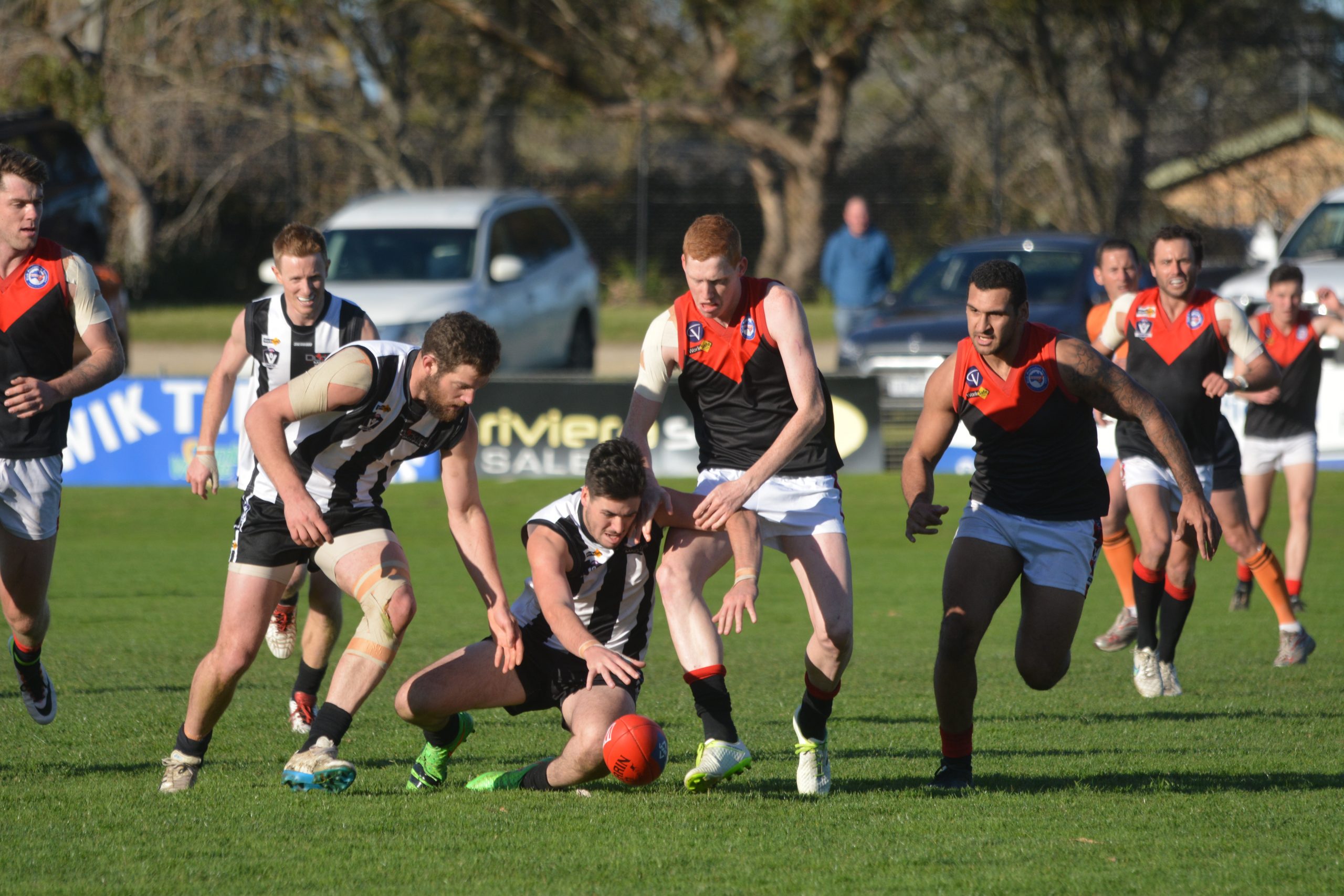 THE equation for Sale is simple: just keep winning.

With two rounds remaining in the Gippsland League football home-and-away season, the Magpies need to keep winning in order to make the finals.

The seventh-placed Magpies are four points outside the top five, and face a challenge on Saturday when they head to Drouin.

The Hawks are playing to confirm their finals berth, with four successive wins moving them into fourth place. Six points ahead of the chasing pack, which includes Sale, a win on Saturday will secure a spot in the finals, but a loss would put their participation in danger with a match at Leongatha in round 18.

Drouin has done well to even be in this position. At the halfway mark of the season, it had just two wins and a draw.

Sale has also vastly improved during the second half of the season, with injuries to key players stopping it from sitting comfortably in the top five. The Magpies lost seven matches in a row before winning four of their past six games.

It was during those seven consecutive defeats Sale lost at home to Drouin by 51 points. The Magpies could only kick five goals.

The Hawks’ strength this season has been its midfield, led by Dan Nicholls, with coach Bob McCullum providing quality service in the ruck.

SAFE in the top three, Maffra will host a Wonthaggi side which is entrenched in the battle for fifth spot.

The Power missed a good opportunity to seal its finals berth last week, when it lost to Drouin. It remains in fifth spot, ahead of Warragul on percentage.

Considering it will take on bottom side Bairnsdale a week later, victory tomorrow will put the Power in prime position to make the finals.

However, Wonthaggi has won just seven matches at Maffra. Since returning to this league in 2010, the Power has won only once at the Eagles’ nest.

Maffra received a stern test from Traralgon at home, with the Eagles sure to have taken a lot from the eight-point defeat ahead of a rematch with the Maroons in the qualifying final.

The Eagles will be looking to take some momentum into the finals, but will remember their previous encounter with Wonthaggi. The Power won a low-scoring match by 51 at home, conceding only five goals.

TRARALGON can provide another blow to Warragul’s finals hopes.

Back-to-back defeats have pushed the Gulls to sixth place, and need to at least win one their matches against top three sides if they are to become just the ninth team to go from finishing on the bottom of the ladder one year to making the finals the next.

The Gulls haven’t defeated the Maroons in 14 matches.

In round eight at Warragul, the Maroons stormed to a 25-point lead early before the home side matched the premiers, losing by only 27.

MOE and Bairnsdale will be playing for pride.

Both sides were in good positions to make an assault on the top five midway through the season, but have been hit by injuries, with a lack of depth seeing them fall down the ladder.

The Lions can mathematically still make the finals, but need two very big wins and require other results to go their way.

MORWELL will welcome minor premier Leongatha, with the Tigers hoping for an improvement on their previous meeting against the Parrots, a 124-point thumping.