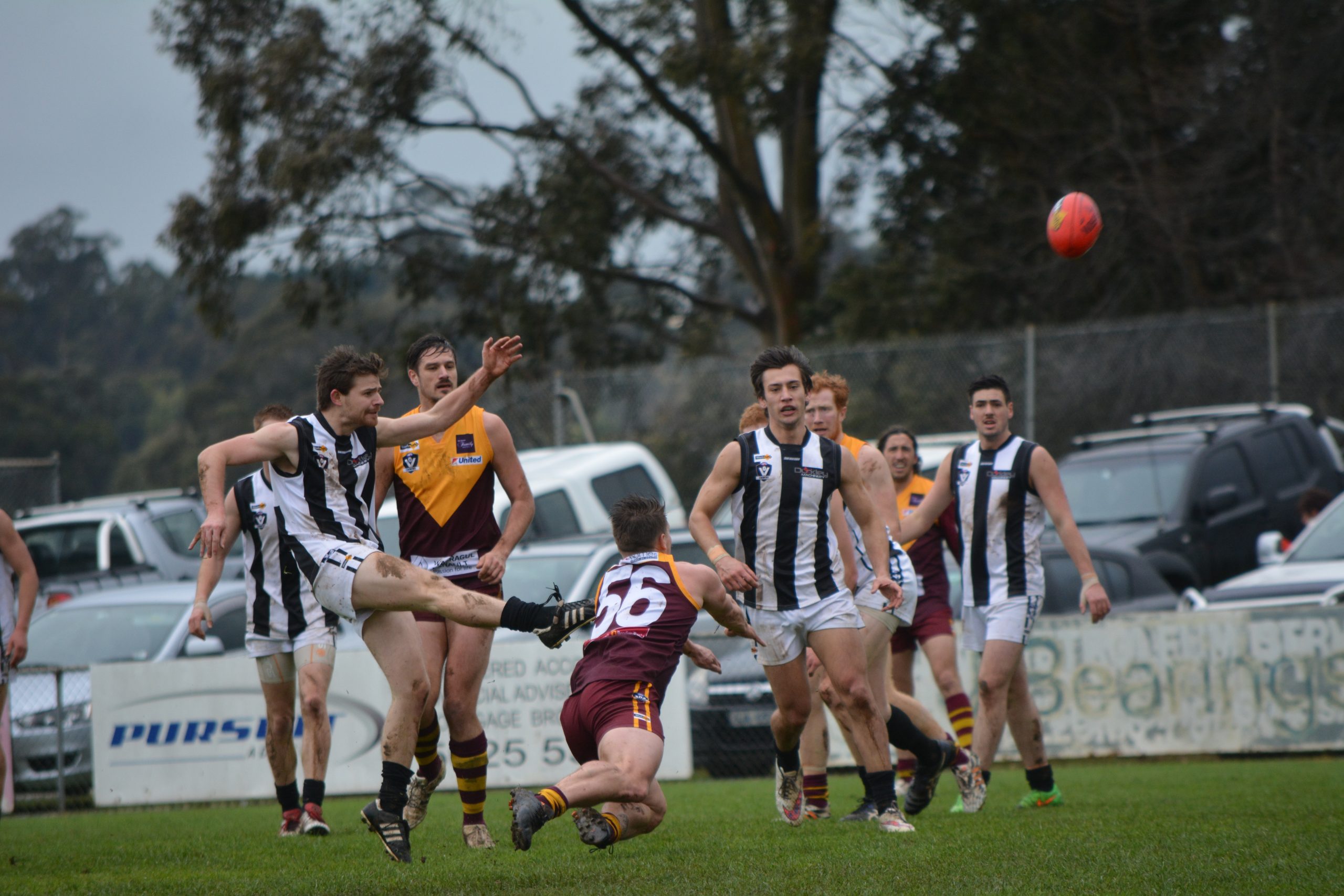 SALE furthered its chances of playing in the Gippsland League football finals with a 27-point win over fourth-placed Drouin.

The Magpies also have a useful percentage advantage, which they may need to determine the final ladder position.

Sale, which has won its past three games, is now in with a big chance of securing fifth spot if it defeats Moe in the final round at home next Saturday.

However, seventh-placed Wonthaggi could overtake the Magpies with a big win against Bairnsdale.

The Magpies set-up their win in the first half, kicking 6.9 to the disappointing Hawks’ one behind.

The Hawks were not to be outdone, however, and after the main break, came back hard to outscore the visitors 7.5 to 4.6. But it was a bridge too far for the Hawks.

By the end of the match, the inaccurate Magpie forwards had posted 25 scoring shots to the Hawks 13, including 12 in the second half.

At one stage Sale kicked nine behinds in a row, therefore the winning margin should have been much greater.

Sale’s first half was highlighted by its pressure, tackling, and intensity, which produced 17 inside 50s to Drouin’s eight.

Sale’s tackling was by far its best for the season.

In the first half, every Sale player made a contribution as they hardly gave the home side a look in.

At half-time Sale coach Shane Fyfe could not have been more pleased, whereas Hawks coach Bob McCallum had to come up with an answer.

McCallum ordered his players to spread and to make use of the wide open spaces — it worked. For a while the Hawks had the Magpies on the hop and only late goals from Sale centre half-forward John Gooch (who finished with four goals), steadied the ship to keep the result in Sale’s keeping.

Sale had four stand-out players who contributed for all four quarters: Chris Laverty, Kane Martin, Ben Dessent, and the in-form Jack Lipman, who dominated the hit-outs.

Kyle Dunkley displayed maturity beyond his years in a performance which was reminiscent of brother Josh, now at the Western Bulldogs.

Jordan Dessent was also prominent in his 100th senior game.

The Hawks’ fightback came through the efforts of Daniel Nichols, Jordan Kingi and Josh Seri. Other good contributions came from Liam Axford and Cambell Jolly as the Hawks kicked the final three goals of the match.