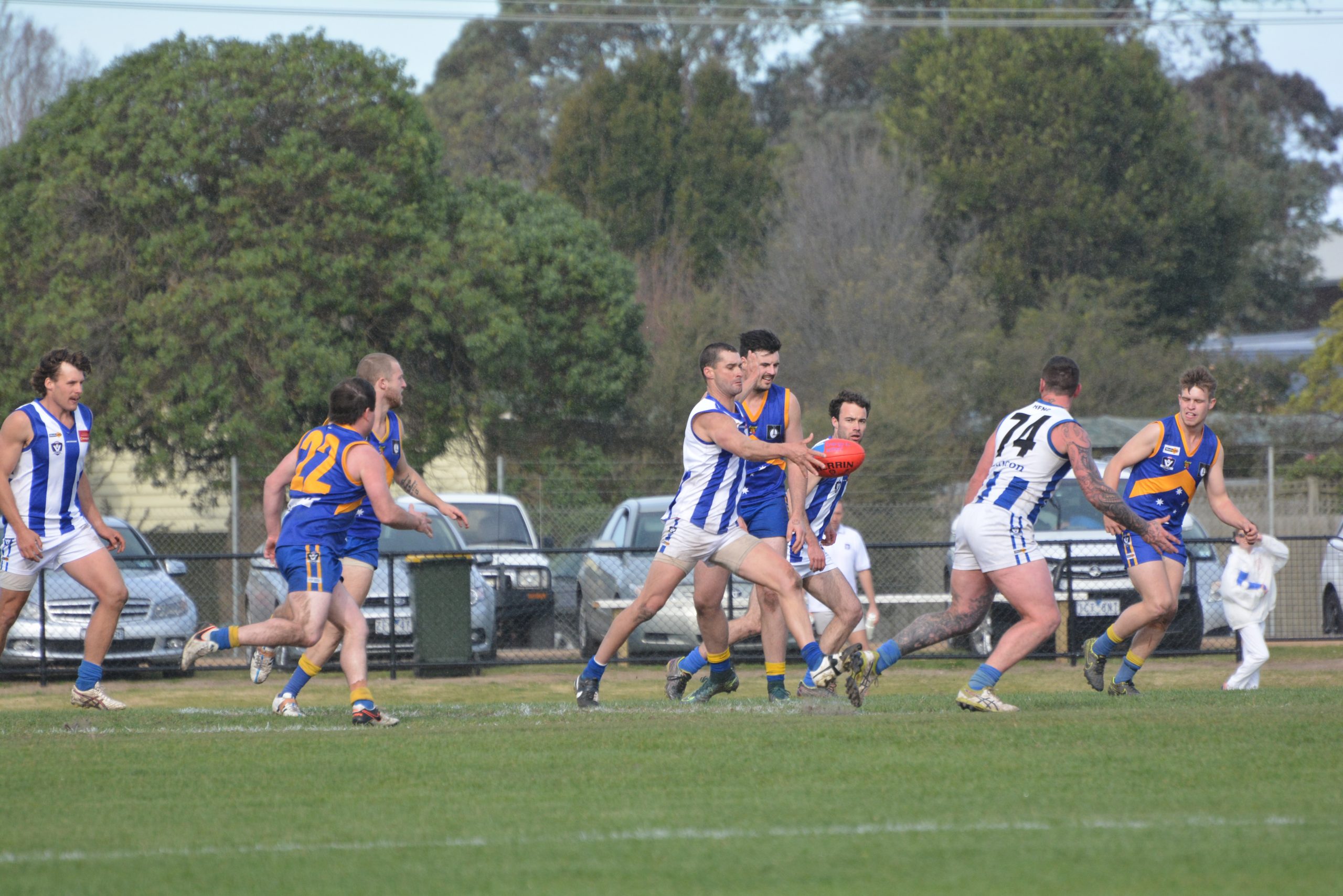 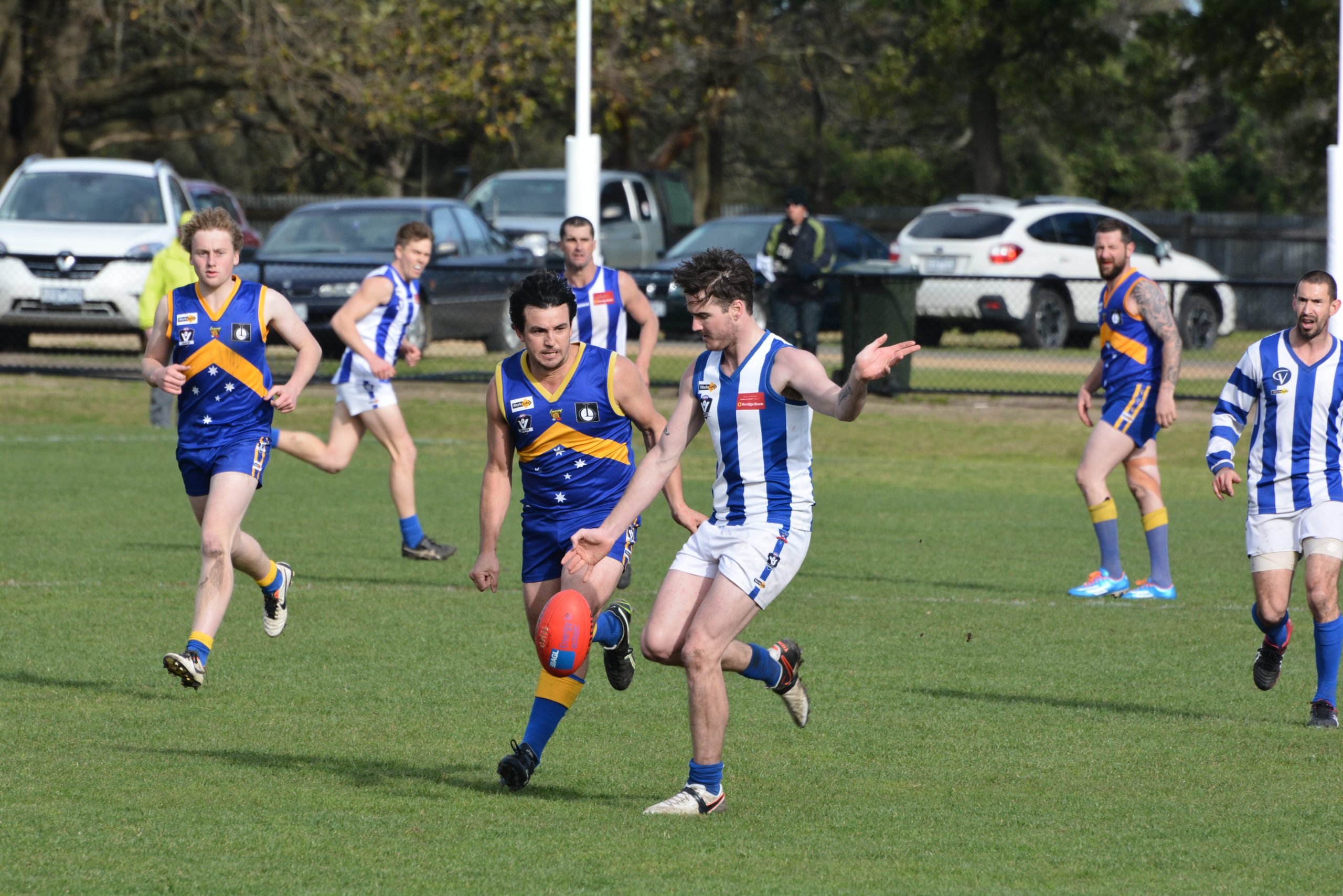 HEYFIELD has sent a clear message to the rest of the North Gippsland football competition, with a 60-point demolition of Churchill in Saturday’s qualifying final at Yarram.

The Kangaroos continued their upward trajectory since the halfway mark of the season by keeping the Cougars and their dangerous forward line to one goal after half-time on their way to an impressive 14.14 (98) to 5.8 (38) victory.

Heyfield coach Josh Stubbe was thrilled with his side’s application and execution from the get-go.

“That first quarter was perfect for us and exactly what we asked from the boys,” he said.

“We were slow to start last week, but they came out and were on their game from the first bounce, and their attack on the ball and want to not let Churchill get anywhere near it was spot on.

“It’s a long road if you lose and go to the elimination first semi-final, so to get that first crack at Sale City and a spot in the grand final is huge for us and exactly what we wanted.”

The Kangaroos kicked with the wind in the first term and were quickest to adjust to the tricky conditions.

Jesse Beha set the tone for the day, with a towering pack mark and measured set shot that put his side three goals to the good before Churchill could trouble the scorers.

The Cougars grabbed two late goals to keep in touch at quarter-time and a Brad Brereton goal at the 19-minute mark of the second quarter closed the margin to 11 points.

However, that was as close as they got, with Brendan Mason’s late consolation with virtually the final kick of the day Churchill’s only other goal for the game.

Jesse Jackway booted five second half goals, but couldn’t find his way into Heyfield’s best, such was the abundance of outstanding contributors.

Hard nuts Shane Birss and Jack Woodland worked hard at the coalface, while James and Jesse Beha, Jesse Bedggood and Shaun Humphries impressed with their overhead marking across the ground throughout.

For Churchill, Brad Knowles showed he still has an appetite for the contest with two goals in a committed display, while skipper Chris Williams and veteran Tim Darby were others to

Cougars coach Allan Chandler wasn’t sure what to put the poor performance down to and said his side would need to regroup quickly ahead of next week’s do-or-die first semi-final.

“We got smashed in every aspect so full credit to (Heyfield),” Chandler said.

“They outworked us, they were smarter with the ball … any balls in the air were plucked by them and we were pretty ordinary on the ground too. We made a number of fumbles and mistakes and we need to improve quickly otherwise it will be all over red rover.”

The Bulldogs overcame Cowwarr in the seconds by 10 points, while they came from three goals down at the final change to defeat Glengarry in the thirds by five points.