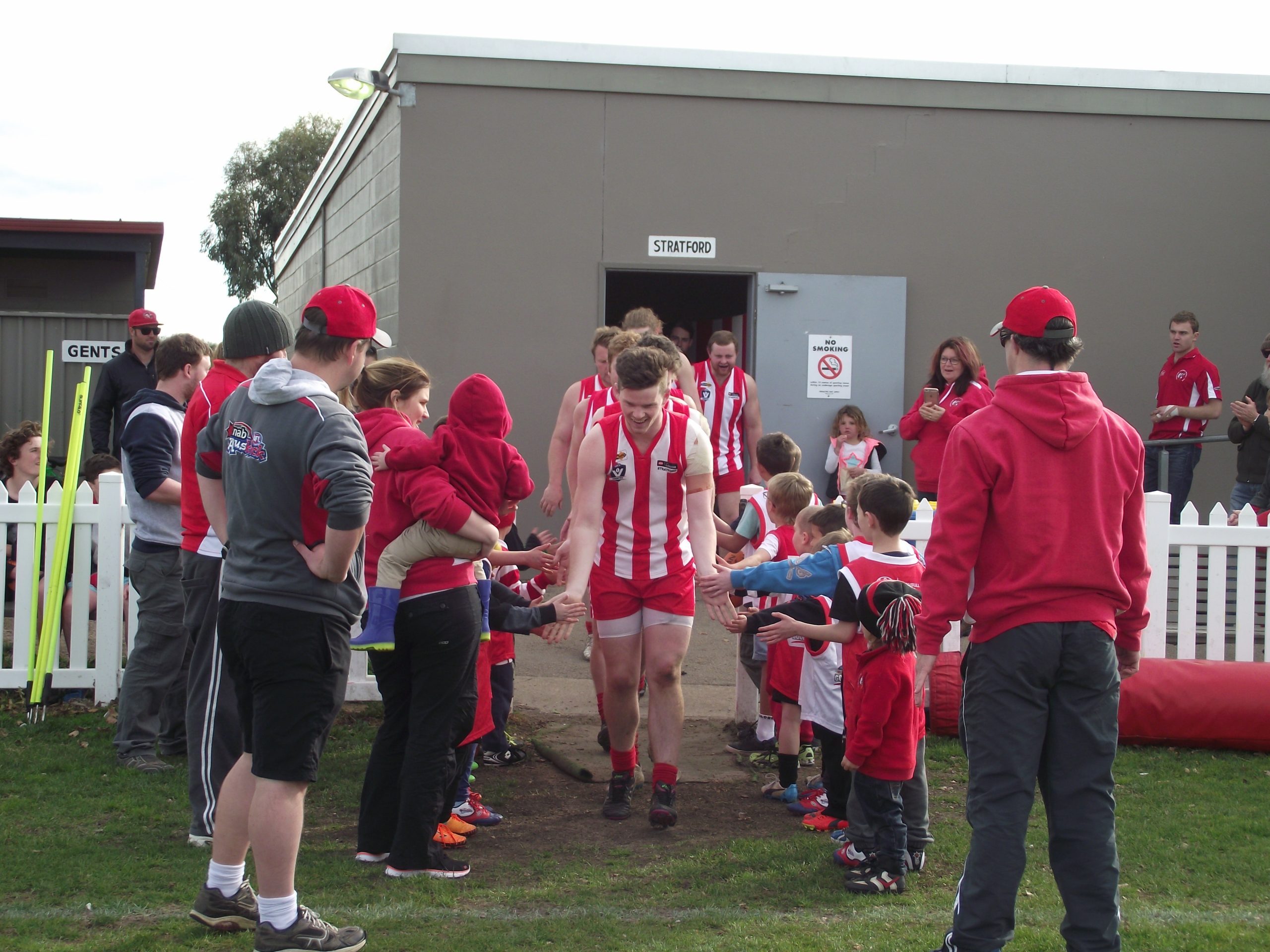 STRATFORD fought well against an overpowering opposition during the final round of East Gippsland football.

The second quarter saw furious pressure being applied by both sides, with only three behinds being scored, but after half-time, the Seagulls took off, booting three goals to one.

Lachy Schilg and Jake Costigan kicked two goals each for the home side, with Nick French its best player, while Kane Downing kicked three majors for Lakes, with Xavier Ryan its best.

The Bombers had plenty of shots at goal, but were not able to effectively score, as the Magpies built momentum.

To its credit, the Bombers team managed to keep the margin to within two goals, with just four points between the two at three-quarter-time.

The final score does not reflect how intense this game was. At the first two changes, the margin was just two points, with the Blues a goal ahead at three-quarter-time.

Kieran Vickery was best for the home side, with Curtley Nettleton managing a five-goal haul, as did Paynesville’s Mathew Davidson, who has finished the season with 62 goals, seven ahead of Lucknow’s Shaun Ryan. Jordan Sabell was best for the Gulls.

The Tigers were ahead by four points at half-time, but could not stop the momentum building, as the Cats rampaged ahead.

Wy Yung could only manage three goals in the second half, compared to Lindenow’s nine.