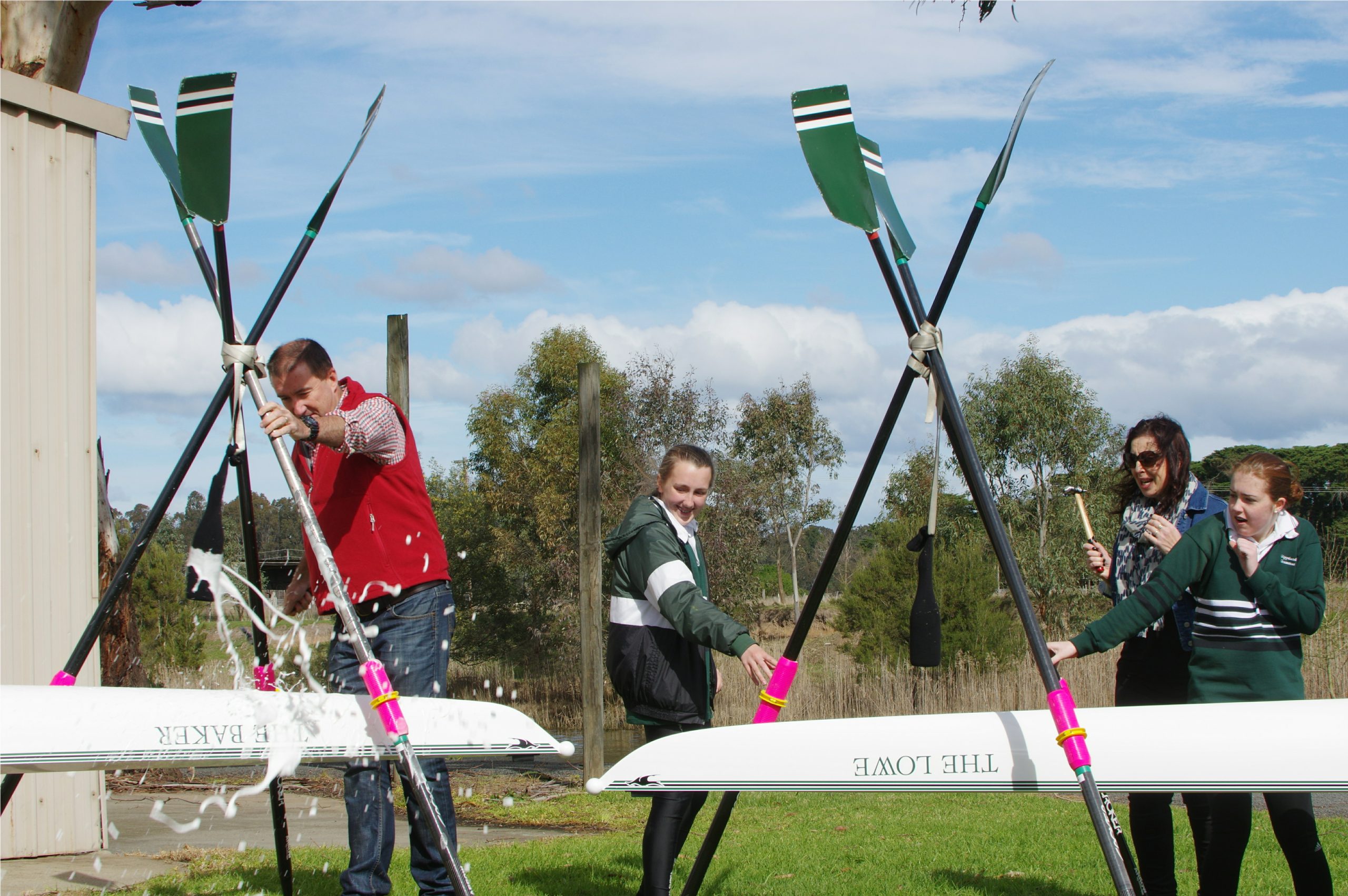 GIPPSLAND Grammar’s rowing squad began its summer campaign with a barbecue and boat christening on Saturday.

Two new quadruple scull boats were named after two school families who have had a significant impact on the rowing program over the past few years.

The first boat, The Baker, is named in honour of the school principal David, his wife Jane and daughters Amy and Caitlin, all of whom have been instrumental in the successes of the program.

The Lowe is named in honour of the out-going vice-president of the McColl Rowing Club, Angela, and her husband Peter and daughter Emerson.

The school will race in the first regatta of the season on Saturday, when Bairnsdale Rowing Club will be hosting the annual Head of the Mitchell Regatta.

The director of rowing is always looking out for new rowers, with anyone inspired by the recent Olympic regatta asked to phone the school.