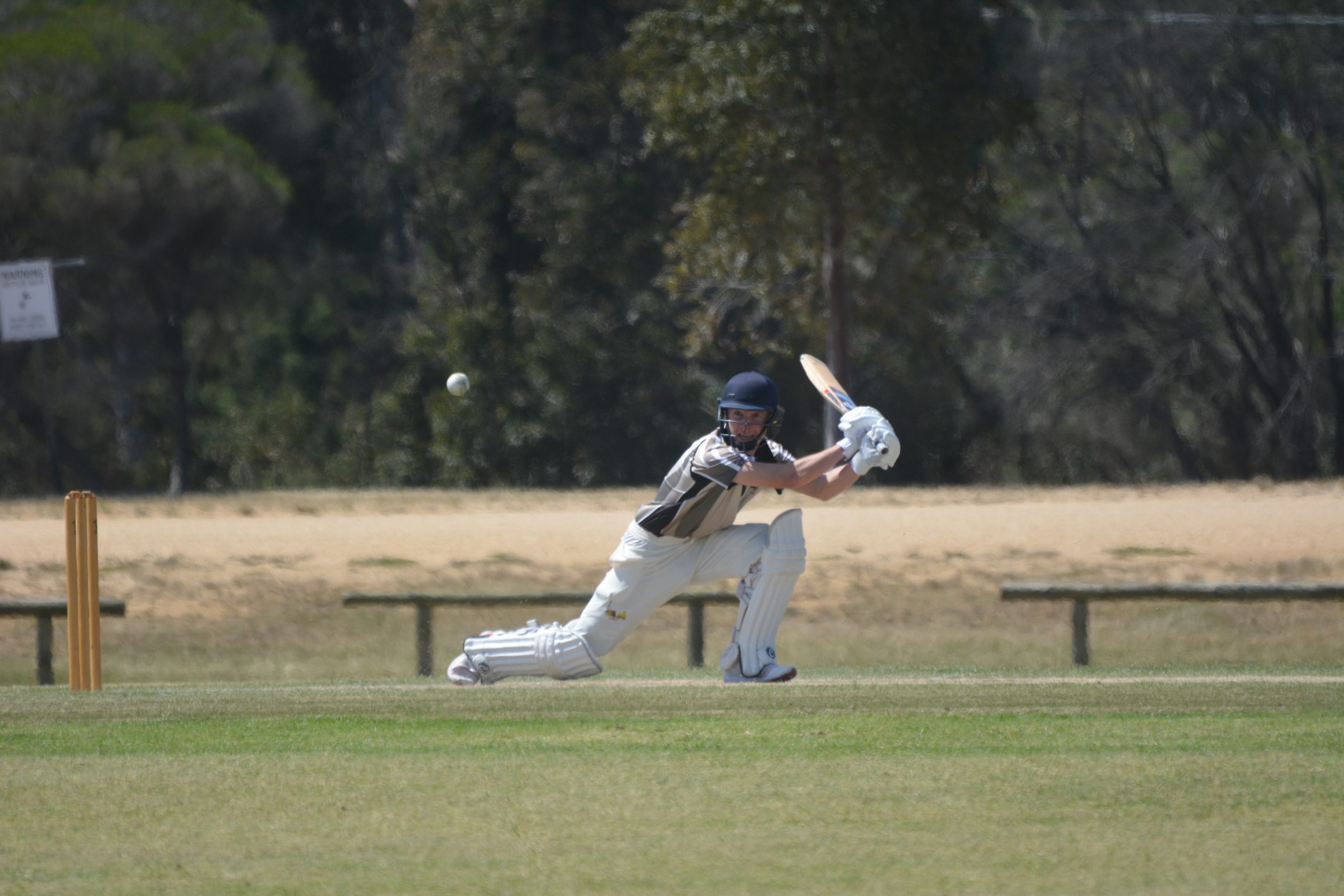 SALE-Maffra overcame a hat-trick of wickets to win a thrilling round one Gippsland Cricket League match against Traralgon on Sunday.

The rematch of last season’s grand final at Maffra featured a hat-trick by Traralgon’s Max Merton.

Sale-Maffra’s 145 proved to be just enough to get it over the line, as Traralgon was bowled out five runs short.

Batting first, the Sharks were in all sorts of trouble early, being 2-5 at one stage before Jack Rietschel and the experienced Stuart Anderson steadied the ship with scores of 21 and 42 respectively. They received support later in the innings from captain Jack Tatterson, who chipped in with a valuable 21.

Merton finished with 6-38 for Traralgon, with opening partner Lee Stockdale proving to be a good foil with 2-23.

The batting card for Traralgon saw a string of 20-something partnerships eventually edge them closer to the victory target, but the Tornadoes were left to rue what might have been. Ex-Student’s pair Jackson McMahon and Stockdale were the leading run scorers, with a well-made 52 not out going to the former and a classy 25 to the latter.

The Sale-Maffra bowlers worked well in tandem and were rewarded in the closing overs by holding their nerve to pull through. Tatterson and Rietschel backed up their efforts with the willow, both taking three wickets.

The bye in round two, Sale-Maffra will return to action on November 26 against Bairnsdale at Stratford.

ON an ideal day for cricket at Hallora, Leongatha passed Warragul with only three balls to spare.

Warragul made a cautious start to its innings. Because of this, the scoring rate was stalled as the Wild Dogs aimed to consolidate in the middle and bat out their allotted overs to try and keep the Leongatha bowlers, some of whom were visitors from the UK not used to the Australian heat, out in the sun for as long as possible.

Some late hitting from Nick Fairbank, 27, propelled the Wild Dogs to a decent score, taking into account the condition of the pitch, of 118. For Leongatha, the wickets were shared with Ryan Birkett, David Crawley, Shane Dole and Daniel Mock each taking two.

Warragul stalwart Fraser Duncan produced two moments of brilliance in the field, with a run out and a diving one handed catch at mid-wicket.

Young spinner Jonah Serong conceded just nine runs off his 10 overs in a good display of flight and drift, while James Williams and Sam Batson both finished with two wickets.

Key Leongatha player Eli Richards batted throughout the day and was eventually the difference, remaining unbeaten with a clinical 47 as Leongatha closed at 6-120 to be victor.

BAIRNSDALE had the bye.