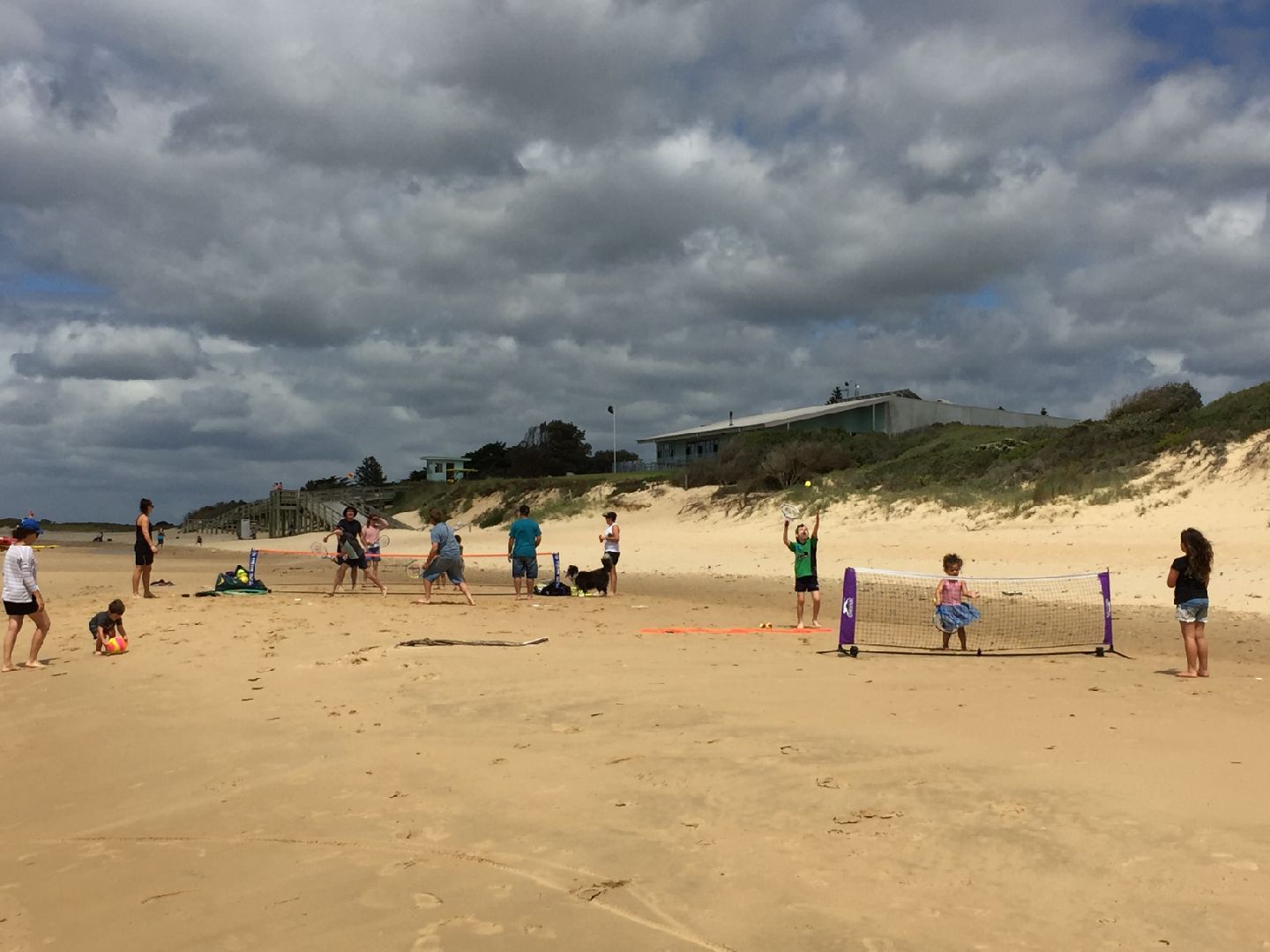 Stephenson was excited by his win on Saturday, after coming runner-up two years ago.

Regular player Scott Taylor from Melbourne was the runner-up.

All players battled strong winds at the tournament, which was brought forward a week to coincide with the holidays.

The change of date allowed extra visitors to the region to attend, including the three Anderson sisters from Mentone.

The winners were awarded the McNaughton Family Trophy by club identity Gregor McNaughton, whose family has a long association with the Seaspray Tennis Club.

Stephenson will be keen to attend the event again next year, as he also took out the major raffle prize of a new tennis racquet.

All of the raffle prizes were donated by Seaspray players or local businesses.

All four life members of the small tennis club were present on the day, including Wayne Dennis, who had travelled from Queensland.

The other life members are Gregor McNaughton, Anne Fox and Jo Mactier.

The Taylor family had a successful day, with Scott’s son Will taking out the junior boy’s section in the morning, while his daughter Annabelle came runner-up in the girl’s section.

Beginner player Blaze Bertolini was runner-up in the boys’ section, and regular player Shayla O’Keefe from Melbourne took out the girls’ prize for the second time in three years.

Forty players were involved in the tournament this year, slightly higher than last year.

An extra event held in conjunction with the tournament resulted in local tennis coach and Seaspray player Nicole Bauer setting up beach tennis on the sand, only metres from the ocean.

Families took the opportunity to try this new sport, with Bauer’s enthusiasm for anything tennis drawing many people to have a go.

At one point there were 30 people playing at one time, with participants in the running to win tickets to the Australian Open.