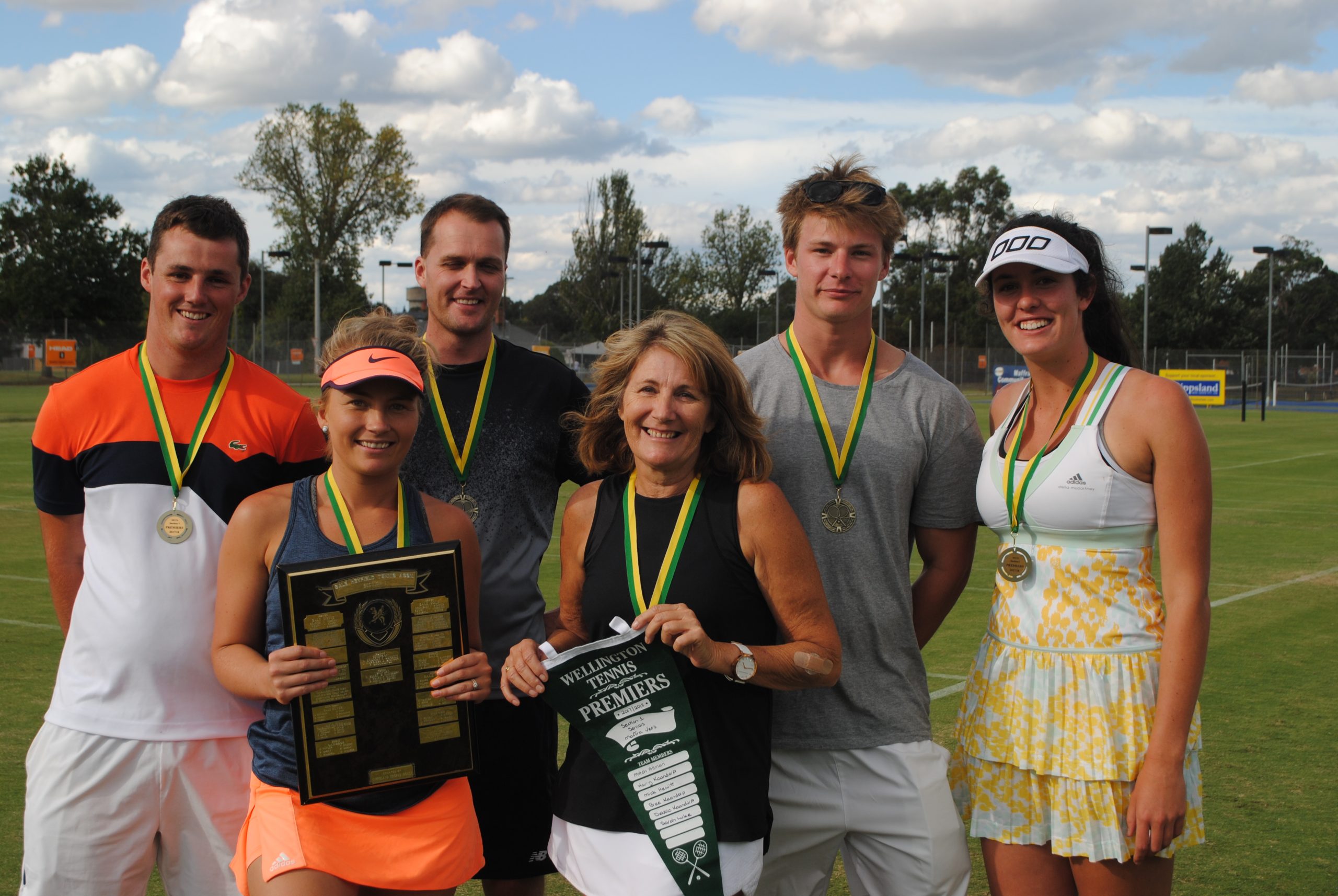 NOT even rain could stop the finals train at Maffra Lawn Tennis Club at the weekend.

Despite a wash-out being called after an hour’s play on Saturday, all Wellington Gippsland Tennis Association grand finalists managed to get through their sets on a much sunnier Sunday afternoon.

In the senior section one grand final, Maffra Vets defeated Seaspray 64-41, with the score not reflecting the standard of play.

The Vets’ home ground advantage proved too much for Seaspray, after Saturday’s rain wasn’t quite enough to saturate Maffra’s lawn and push play onto the synthetic.

Maffra came out all business, with Mitchell Allman and Harry Kaandorp beating their chests to overwhelm Seaspray’s Tim Dunnett and ring-in Aaron Kennedy and take the first men’s set 8-0.

After suspending play at three all to rain, Allman and Mick Hewitt returned on Sunday to win the next five games ably, defeating Kennedy and Conor Pederson 8-3.

Catching their breath a little, Seaspray’s men managed to recoup some ground in the third men’s, with Dunnett and Pederson finding their timing to defeat Hewitt and Kaandorp 8-4.

The women’s was a little more neck and neck, with mother-daughter duo Debbie Kaandorp and Bree Martin playing some of the best standard of tennis they’ve played all year to hold down the fort, defeating Seaspray’s Nicole Bauer and Lisa Harrison 8-4.

Running on her partner’s confidence, Sarah Luke joined Martin on court to take the second 8-5 against Seaspray’s Bauer and Jo Mactier on Sunday.

The increasing wind played havoc with already shaky ball tosses and the association’s focus on foot faults, causing Debbie Kaandorp and Luke to falter for just a moment in the second set, but the pair rediscovered footing to clinch the third 8-4 against Mactier and Harrison.

In the mixed, Seaspray’s Bauer really found her element, finding it much easier to belt the harder ball, sidelining Allman effortlessly and repeatedly as he tried to cover his partner’s precarious backhand.

Despite Bauer’s strength and Dunnett’s agile serve-volley game, Allman’s dominating presence on the net and Luke’s scrambling from the baseline saw them take the set 8-4.

Seaspray’s Kennedy and Harrison found wind in the second mixed against Debbie Kaandorp and Hewitt, to capably regain a set, 8-4, but it was all over as Harry Kaandorp and Martin, whose experience as partners sees them combine well, took the final mixed 8-5 against Mactier and Pederson.

In section two red, Heyfield Boomers put in a powerhouse display against Seaspray typical of their season on top, convincingly taking the win 73-39.

Playing crafty tennis, Stratford, which was undefeated for the entire season, swiftly did away with Sale Young Guns 66-45 to take the section two blue premiership.

In section three, an unstoppable Longford side easily did away with Sale Cavalry 71-39, after a comfortable cruise through finals.