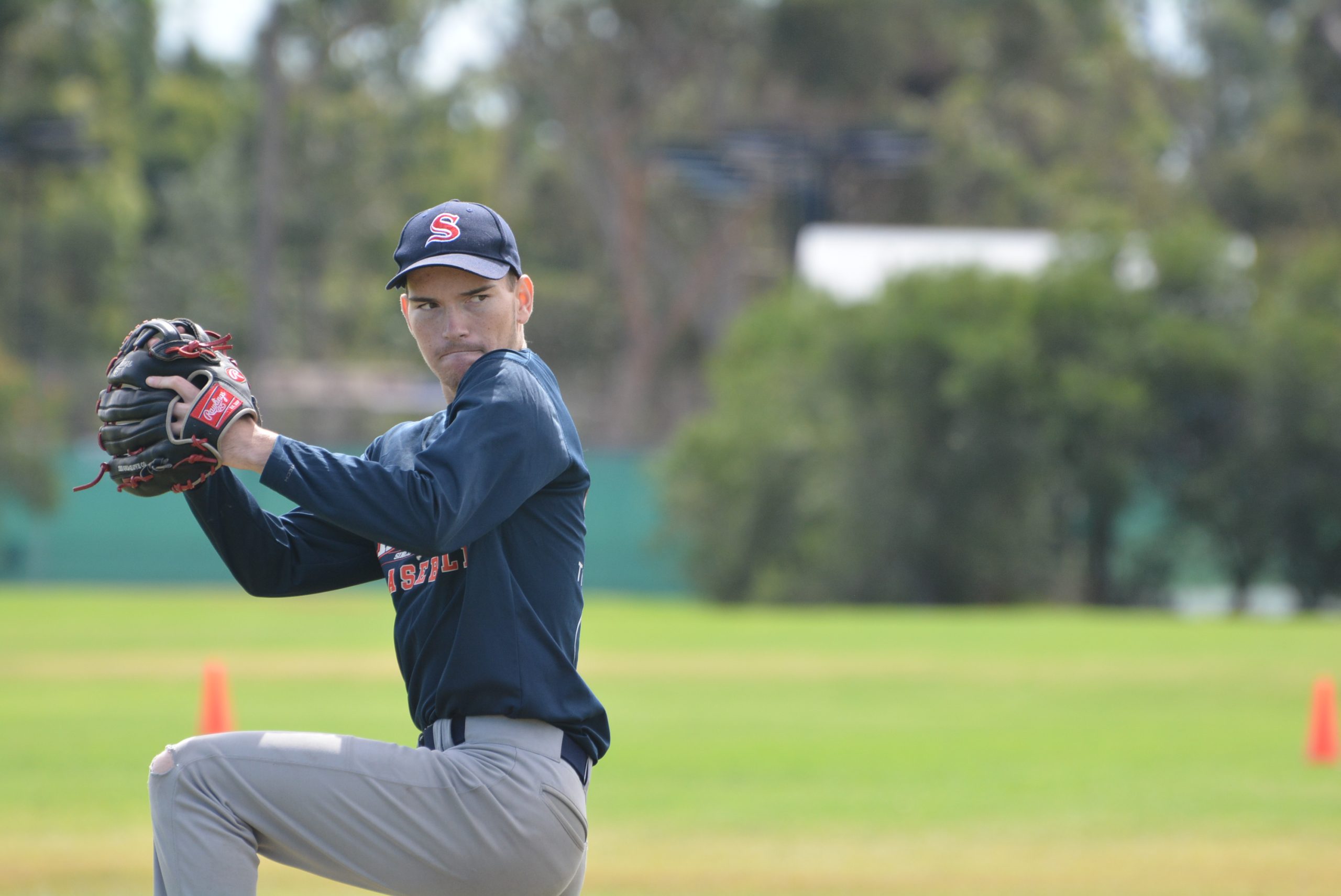 The pre-season competition was hosted by Sale, which had a good weekend, according to players Andrew Pembrey and Kevin Arbuthnot.

“We’ve had a lot more improvement from our kids this year, the strongest force in our club was our kids, so it’s a good time to come for our club,” Pembrey said.

“The old fellas pitched in and did their bit, we had fun and had a hit, might not have got the results on the park but it was good baseball.

“The kids shone out, they played very well — two of our kids hit the Dingley pitcher over the fence, with their first senior home runs.”

Arbuthnot agreed, adding a good approach to coaching had built up a more confident junior side.

“We’ll be sending two to America to play with the Victorian Kookaburras side, and having them around with our juniors boosts their confidence, and our confidence,” he said.

“They’re coming in every week and out-throwing us, out-batting us, they’re always keen to have a hit.”

In the final match, the South Gippsland Miners were up against Dingley, a tough side to beat throughout the weekend.

Dingley won all its games, including against the Miners before the finals.

Dingley fought back hard in the third innings, with 11 runs, adding to the five runs scored in the second innings.

South Gippsland replied strongly, but it wasn’t enough as Dingley won after the fourth innings, 18-1.

The final had several highlights, with Dingley’s Jack Wills hitting a home run to right field and scoring another two players in the home run.

Dingley also got many double plays throughout the final, including Jeremy Katz catching a flyball out to centre field with high efforts from Harro Wills.

New LVBA president Kris Johnson said it was solid weekend for all the teams.

“The league’s growing, we definitely acknowledge the fact that there’s work to do across the board, but we’ll be working hard so we can grow the game,” he said.

“The Gippsland Championships is a really good opportunity to dust off the cobwebs, bring everyone together, and also to provide players within the clubs the opportunity for the younger players to gain some exposure playing some senior ball.”