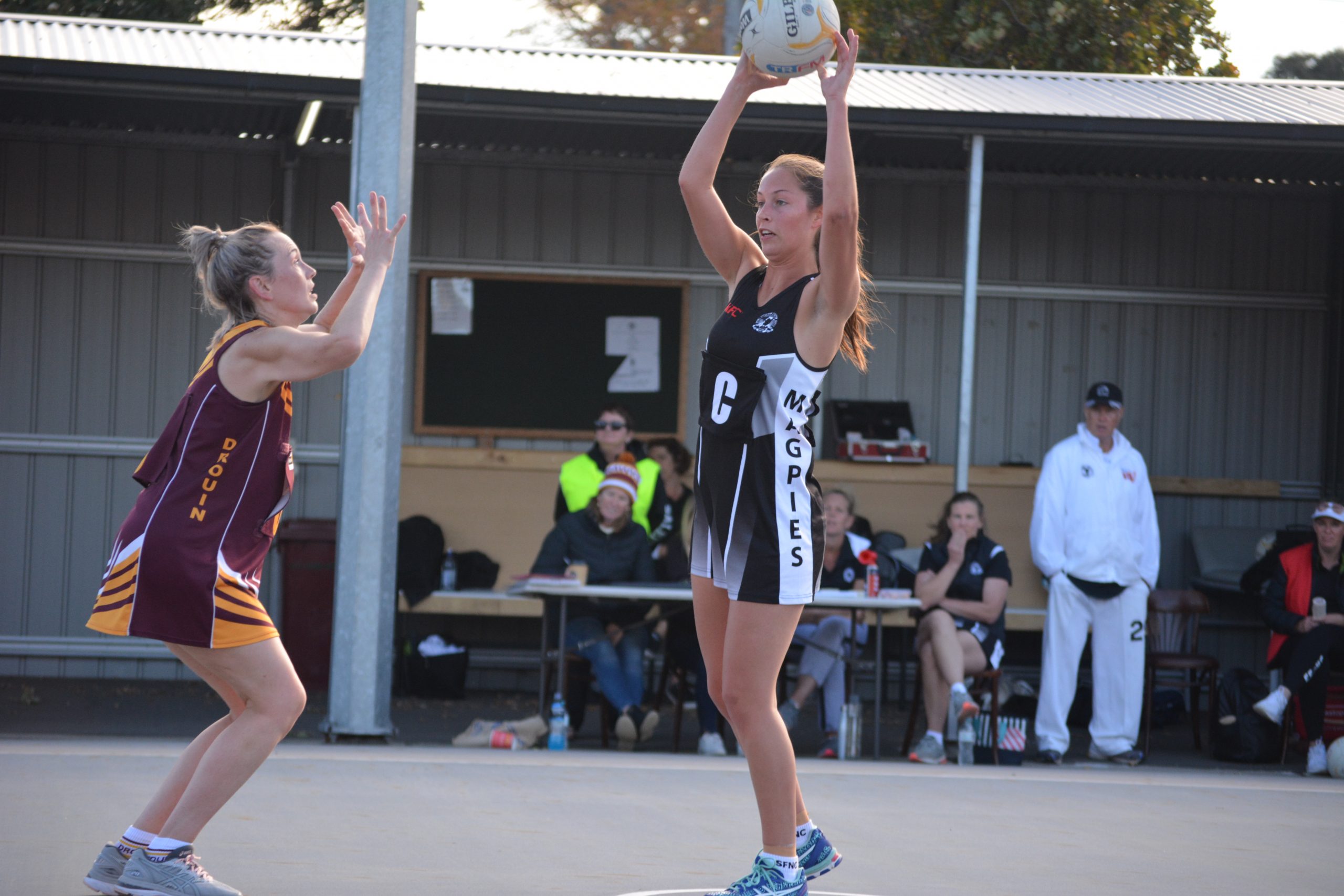 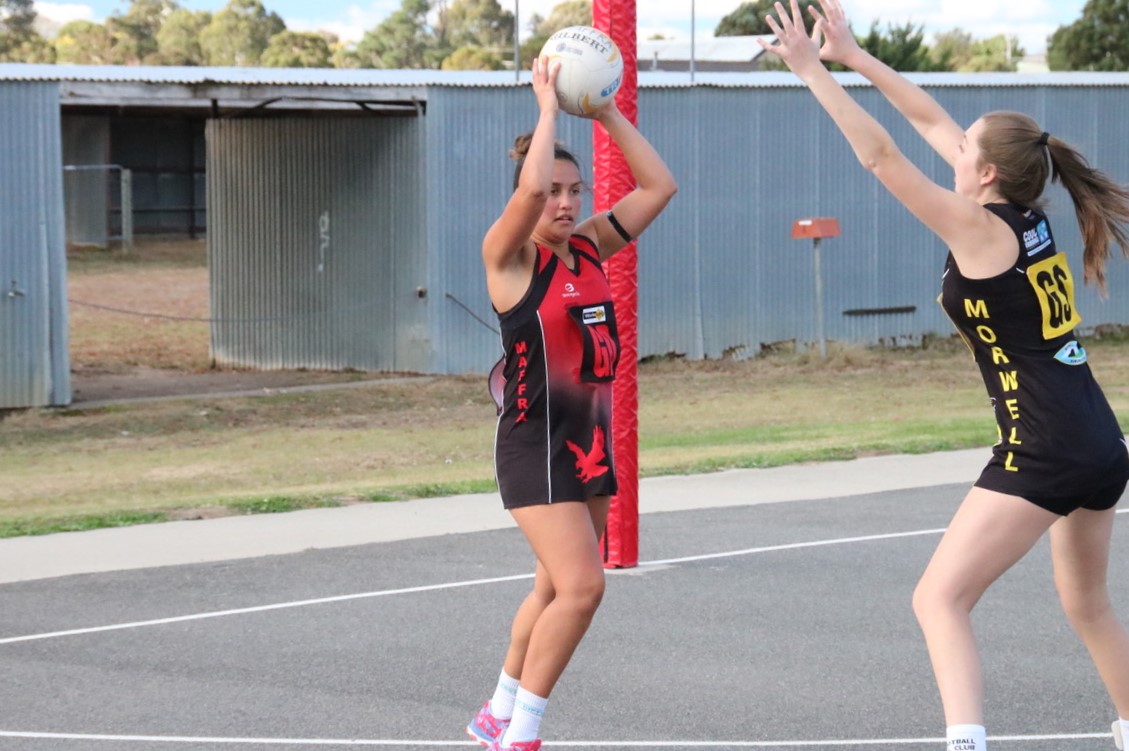 IN the upset of the round, or perhaps even the season, Sale, which last week sat firmly on bottom on the Gippsland League netball ladder on zero wins, defeated last year’s grand finalist Drouin, at home at the weekend.

The Magpies led at every change, and, despite the Hawks’ desperate last effort bid to close the gap, steadied under pressure to win 49-46 — the club’s first win over Drouin since they won its only premiership in 2013.

In the final quarter, the young team, finally figuring out each others’ nuances, seemingly played their best netball under pressure. To deafening cries from the bench and sidelines, Sale’s defence tenaciously picked off vital rebounds and sent them screaming back down the court.

The attacking combination of Hayley Castle and Jenny Wrigglesworth made quick work of the turnovers, and scored the last two goals to seal the deal.

Next week, Sale will hit the road to meet Wonthaggi, which is on the bottom of the ladder after a loss to Bairnsdale on Saturday.

Drouin, who had only lost one game prior, still hang onto a top five position, but won’t be looking forward to next week’s clash against ladder leaders Traralgon, which remains undefeated.

MAFFRA will be licking its wounds this week, following a 60-38 blow out loss to Morwell at home.

Goal-for-goal for the first half, the lead was passed back and forth, when a defender managed a turnover or two.

Up either end, Maffra’s goal shooter Meg Gordyn and goal keeper Sarah Luke were lanky thorns in Morwell’s side; long arms from Luke cut through contests to steal seemingly definitive Tiger feeds, while

After running Tiger’s captain Rachel Allison ragged and then into an emergency swap, the loss of the Eagles’ young gun centre Emma Allman at half-time proved detrimental to Maffra’s chances of victory.

An impromptu switch from goal defence to centre for the Eagles’ skipper Paige Biddle wasn’t enough to save the side’s midcourt, as

Allison’s replacement Casey Sheriff capably stepped into the opposing role, applying defensive pressure down the court to come away with intercept after intercept.

Morwell’s defence rallied, becoming too strong for the Eagles’ feeders, and helped extend the Tigers’ lead to 10 at the end of the third, and then 22 at the final whistle.

Maffra will hope to recoup some lost ground against a sixth-placed Bairnsdale side this weekend, while Morwell will meet third placed Moe.

IN other matches, Bairnsdale, beginning to gather pace, upped Wonthaggi at home 47-35, Moe defeated Leongatha 54-30, and like a well-oiled machine, Traralgon stormed home against Warragul, 79-32.