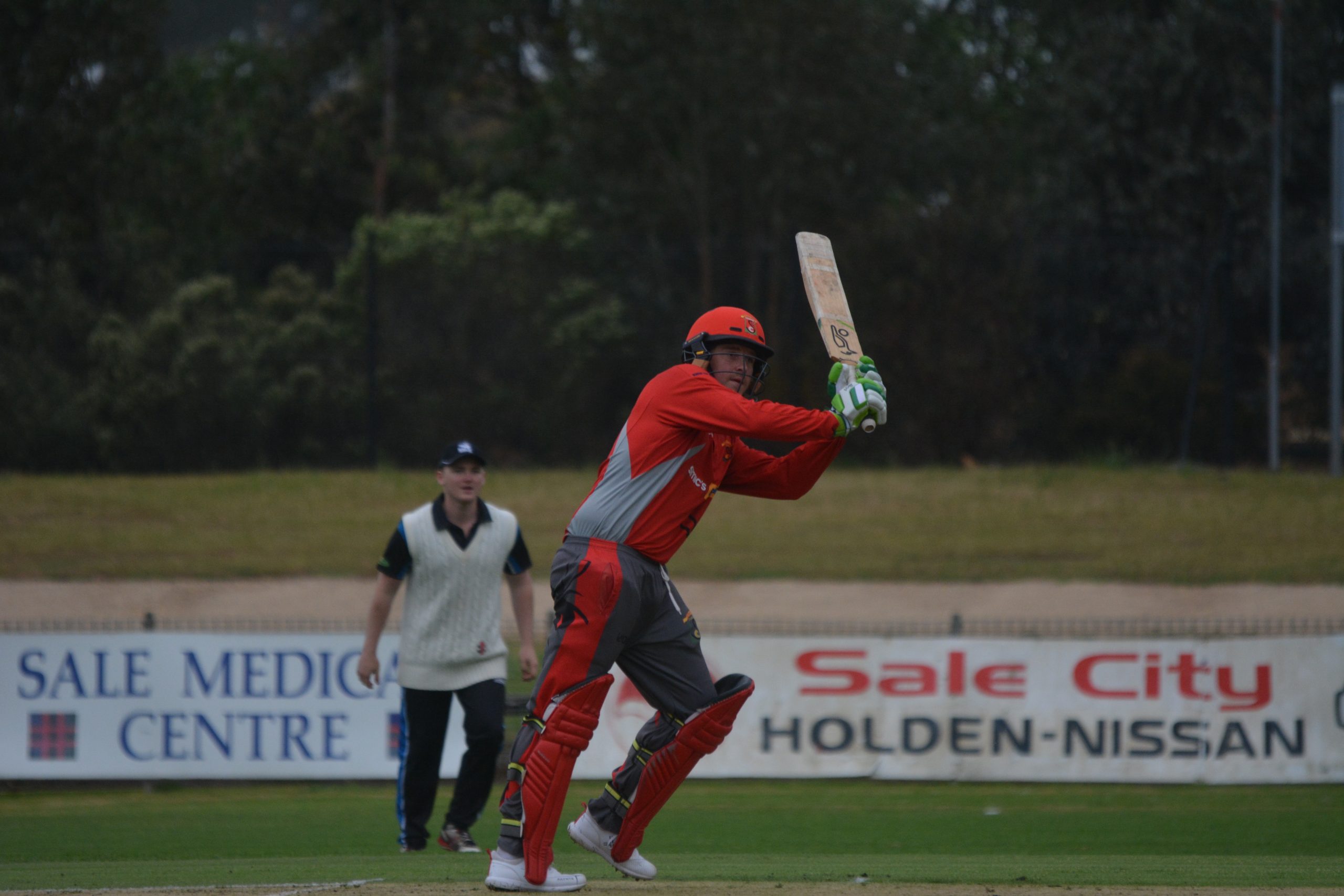 MAFFRA was the only Sale-Maffra first grade cricket team to win a match on a raining Saturday.

The Eagles won a shortened match against Longford. Two matches in Sale were abandoned after only a few overs, while Rosedale-Kilmany’s home game against Boisdale-Briagolong didn’t begin.

The match at the Cameron Sporting Complex was shortened to 22 overs a side, with Longford scoring 4-102.

After losing both openers with the score on 19 to the bowling of Grant Thornton and Nathan Magnuson, Lachlan Cunningham and William Cook combined for a 76-run partnership.

The breakthrough came late in the innings, when Heath Shingles disrupted the timber behind Cook, dismissing him for 39. The Lizards only added four more runs before Cunningham was out for 36, bowled by Magnuson.

The Eagles passed the Lizards score in the 17th over for the loss of three wickets.

Josh Rurawhe and Nick Wozniak put on 37 for the first wickets before Wozniak was trapped leg before wicket by Sam Baugh for 14. Rurawhe was caught off Calum Jackson’s bowling for 20 soon after.

Lee Hopkins and captain Josh Davis pushed the Eagles towards victory with their 55-run partnership.

After Davis was dismissed by Baugh for 25, Hopkins scored the winning runs, finishing unbeaten on 38.

ONLY three overs were bowled in the top of the table clash between Collegians and Bundalaguah.

Sent in to bat at the College Oval, the Bulls were 2-24 when rain stopped play. Mark Nicholls claimed both wickets for College.

Despite the draw, Bundalaguah remains on top of the ladder.

STRATFORD was 2-32 after 4.3 overs when played was abandoned at Sale Oval.