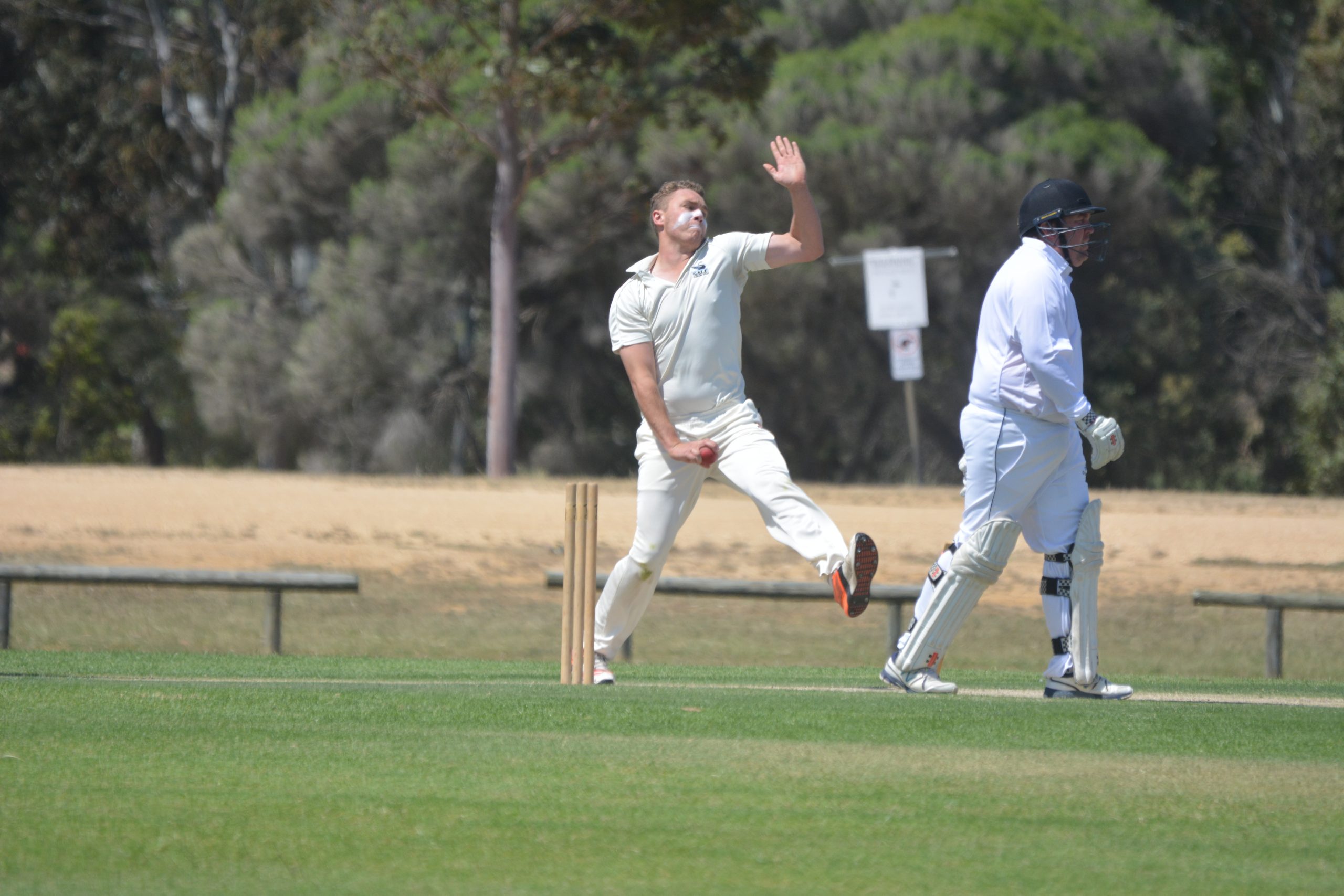 Set 227 to win, the visiting Bulls were 9-182 on Saturday, before Nathan Whitford and Lathan Wishart batted their side to victory.

Beginning the day at 2-8, the Bulls lost Lachie Wrigglesworth for 22, bowled by Mick Roberts.

Scott Schuback and Nathan Hibbins put on 52 runs before Hibbins was caught off Thomas Wrigglesworth’s bowling for 34.

When Schuback was out for 37, trapped in front of his stumps by a Jonathan Beech delivery, the Bulls were 5-112. Schuback and Cloete Buitendag had begun to put together a solid partnership.

Beech claimed the wicket of Buitendag for 27.

When Gayashan Munsinghe was out for 27, the Bulls were 8-155, a situation made worse when Lachie Floyd was bowled by Jordan Price for 14, leaving the visitors 9-182.

The Saints were unable to take the final wicket, as Whitford was unbeaten on 36 and Wishart 20 with the Bulls 9-230.

The wickets were spread across the Boisdale-Briagolong attack, with Beech and Todd Mann both claiming two.

COLLEGIANS moved into top spot on the ladder by claiming outright points against Longford on Saturday.

After scoring 351 a week earlier, College bowled the Lizards out for 79. Asked to bat again, the home side did better second time around, but was bowled out for 100.

Mat Johns and Albert Grieve were the only Longford batsmen to reach double figures in the first innings, scoring 26 and 27 respectively as the Lizards lasted only 34.1 overs.

The Lizards had 45 overs to bat to prevent Collegians claiming an outright victory, but were all-out with only two overs remaining.

Tom Hams claimed both Longford openers quickly, with Johns out for 10.

The most resistance came from Grieve, who top-scored with 52. Grieve combined with Sam Baugh for a 48-run partnership for the fifth wicket, which ended when the latter was bowled by Morrison.

Baugh was the ninth wicket to fall, caught behind off Tatterson’s bowling for 20. The Lizards lost their final wicket, again to Tatterson, without adding another run.

Morrison claimed three wicket, with two each from Hams and Tatterson.

SALE recorded its first win of the season, defeating Maffra at Morison St by 38 runs.

In reply to Sale’s 183, the Eagles resumed the match on 2-53, but lost wickets at regular intervals to be bowled out for 145.

Sale batted a second time, scoring 58 runs in 14 overs without losing a wicket. Rohan Blandford was unbeaten on 34 and Tim Dessent 19.

ROSEDALE-KILMANY had to work hard to defeat Stratford at home.

The Warriors resumed the match 2-52, needing another 66 runs to win, but started play without Leigh Freshwater, who retired on 26.

Rohan Diamond scored 28 and Cameron Freshwater 22. Freshwater and Tom Anderson were dismissed in quick succession, giving the Redbacks hope with the Warriors 9-104.

Brandon McDonald joined captain Brad Scott in the middle to add the required runs. The innings ended on 145 when Scott was out for 22, with McDonald not out on 19.