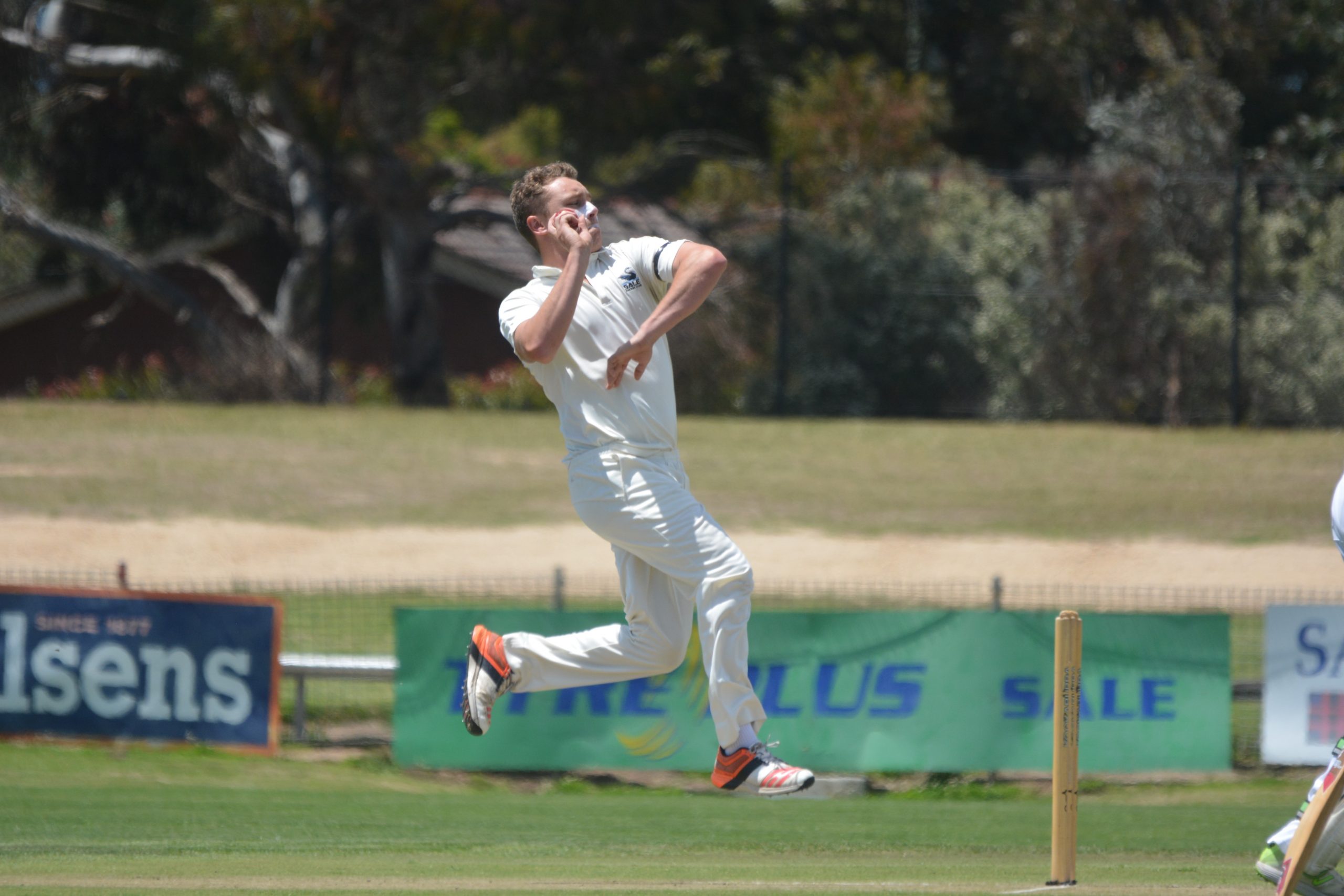 The Eagles will resume play at the College Oval on 0-5.

All five runs have come from the bat of Nathan Magnuson, who faced the final over on Saturday.

Magnuson will begin play with Heath Shingles, who is yet to face a ball.

The Eagles will need a couple of players to make a big score to challenge Collegians. Lee Hopkins began the season well until his failure against Sale.

College has a formidable bowling attack — highlighted by taking 20 wickets on Saturday against Longford. Charlie Morrison has already taken 11 wickets this season and Jack Tatterson 10.

Collegians leads Bundalaguah on the ladder by four points, while the Eagles may need to win to ensure they stay in fourth spot on the ladder.

LONGFORD will begin its reply to Rosedale-Kilmany’s 8-212 at Stephenson Park.

The inclusion of England international player Steve Parry will help the Lizards.

The target is gettable for the winless home side, but the Lizards will need to be at their best against the Warriors’ strong bowling attack.

Victory will help RK consolidate its place in the top four.

AFTER restricting Boisdale-Briagolong to 163, Sale will begin its chase at home.

Both will have an opportunity to win, although the Saints would have liked to have scored at least 20 more runs.

The winner of this match between the fifth and sixth-placed sides on the ladder could bridge the gap to the top four, if not move into it.

AFTER seeing out the final three overs of day one without losing a wicket, Stratford will begin tomorrow at 0-0 after bowling Bundalaguah out for Bundalaguah’s 186.

Sam Anstee and Louis Brown will resume their innings for the Redbacks, who will need a couple of solid partnerships. The regular loss of wickets cost the Redbacks victory against Rosedale-Kilmany in the previous round.

Runs are on the board for the second-placed Bulls, but they will have to back that effort up with the ball.