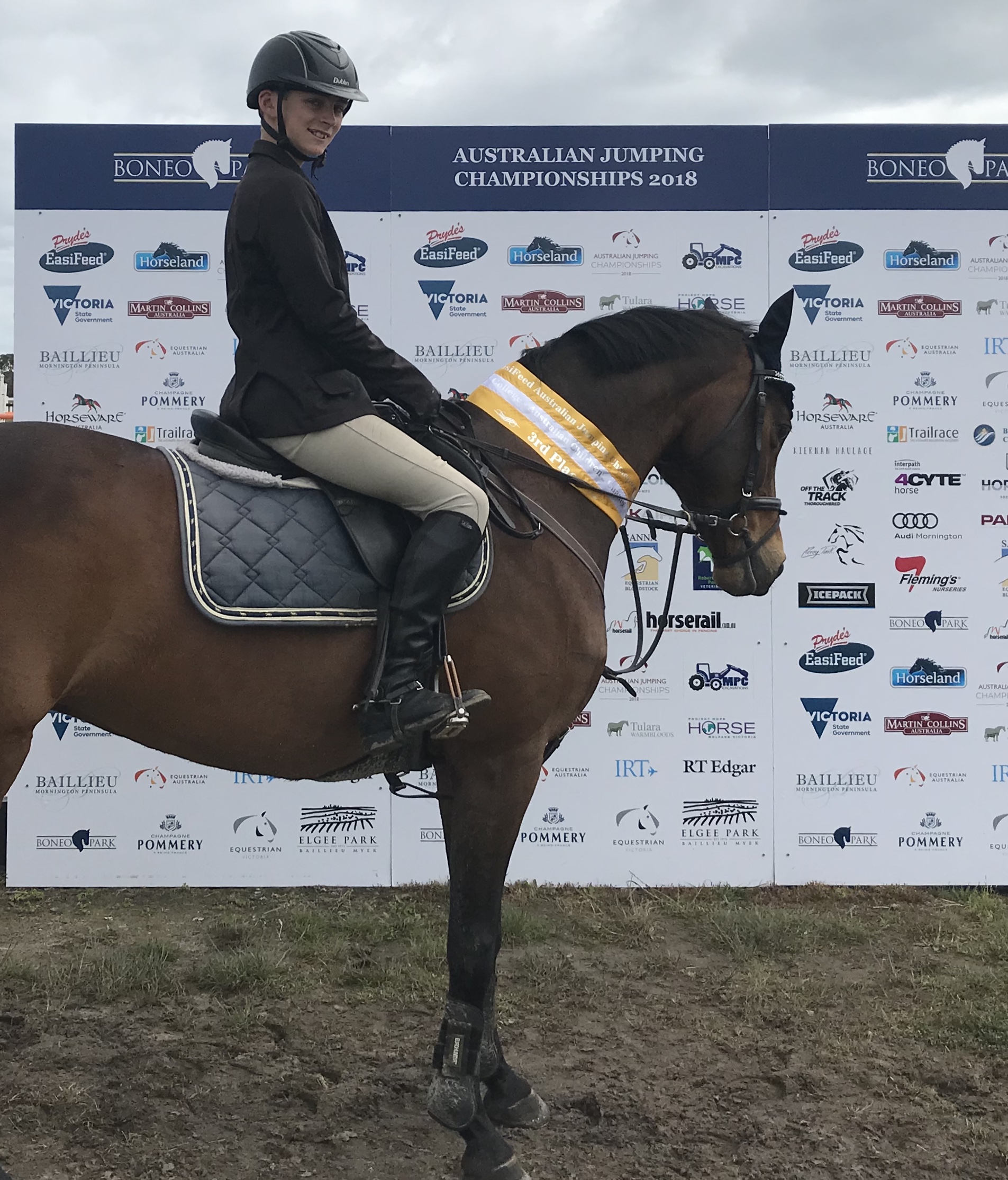 The 13-year-old from Airly and his mare, Vertigo, performed consistently over the four days of jumping, and after a nail-biting jump off on the final day, they managed a podium finish.

The partnership is still quite new, as Jayden only took over the ride on Vertigo a few weeks before the event.

Jayden was also chosen to represent Victoria at the national championships in the under 18 section on another one of his horses, Hugo Boss.

Jayden and Hugo Boss competed in their first 1.40 metre Grand Prix a few weeks ago at the Sale Show.

Jayden, who travels around Victoria competing with his family on a weekly basis, said he was looking forward to future shows with his team of four horses.