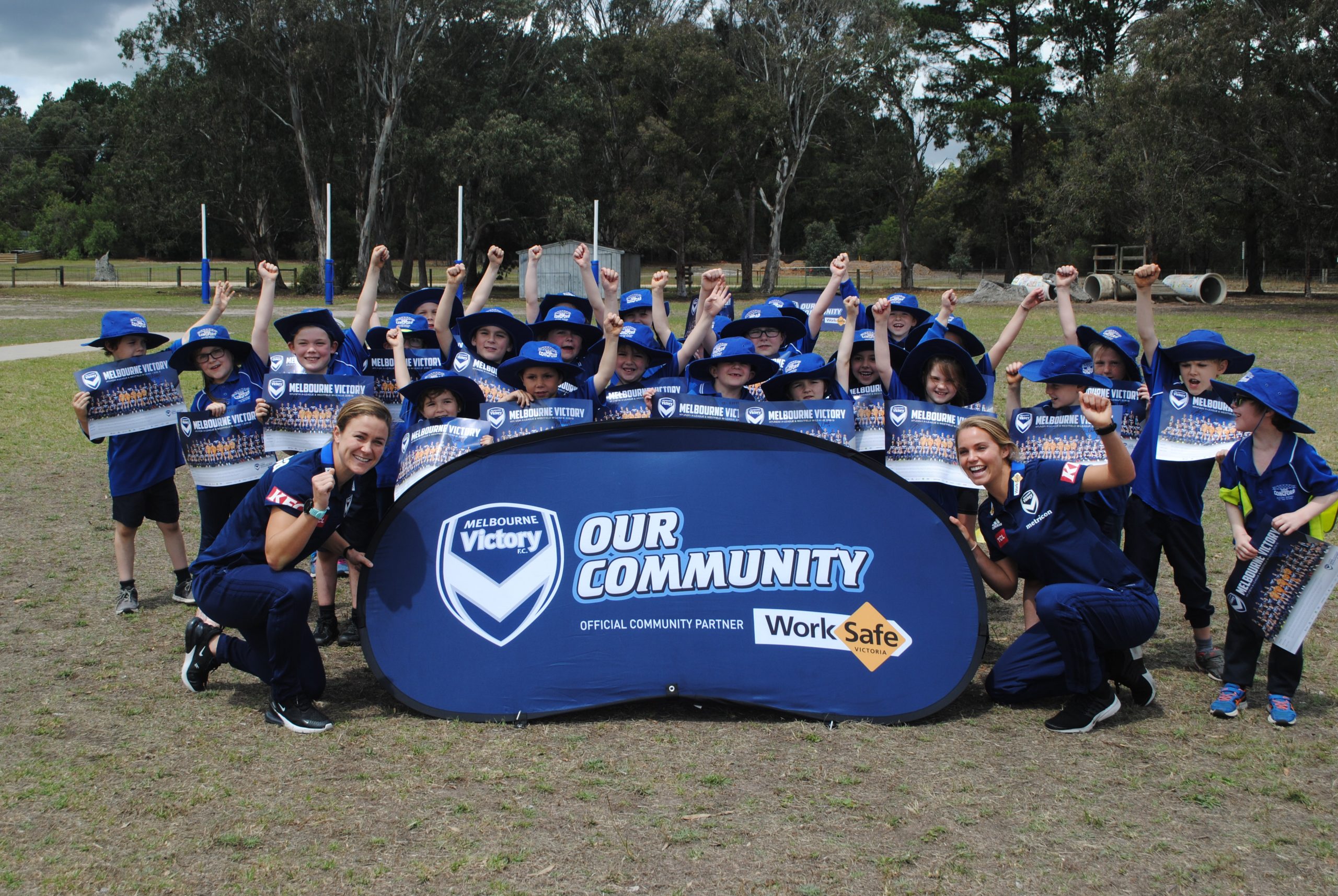 LONGFORD Primary School was treated to a Melbourne Victory soccer clinic on Tuesday, when W-League players Dani Weatherholt and Christine Nairn made the trip down to show grade prep and one students some of the fundamentals of the game.

The clinics, which were conducted across Gippsland, formed part of the Victory’s promotion of its match against the Western Sydney Wanderers, to be played at the Latrobe City Stadium in Morwell on Sunday from 4pm.

Students were each given a Victory team photo, as well as opportunities to have autographs and photos taken with the players.

After a brief introduction, students were able to test their fitness, dribbling and juggling skills, in what served as a way to promote and get kids engaged in soccer.

Victory media coordinator Sean Peter-Budge hoped the visit would help foster and generate interest in the round ball game, which was increasing in popularity across the state.

“Obviously AFL is such a behemoth in Melbourne and their cycle virtually never ends, but our aim is to make Victory ‘the team’ for people to support in Victoria,” he said.

Both Weatherholt and Nairn are on loan to Victory for the 2018-19 season from the United States, where they play for the Orlando Pride, and said it was great to reconnect with sport at a grassroots level.

“Its nice to get out of the city and remember why we play,” central midfielder Nairn, who is on here fourth trip to Australia, said.

“We pretty much had to tear the soccer balls off the kids at the end, so hopefully they got as much enjoyment out of it as we did.”

The Victory women’s team is currently on top of the ladder after four rounds, with Weatherholt acclimatising to her first trip down under, and saying she was expecting a fierce contest against the Wanderers.

“We are playing well at the moment but need to make sure we continue on the right foot come Sunday,” she said.

Peter-Budge encouraged all sporting enthusiasts to make the trip to Morwell, and said that supporters emotions would be kept in check.

“There is no VAR (video assistant referee) in W-League so you won’t be seeing any howlers,” he joked.