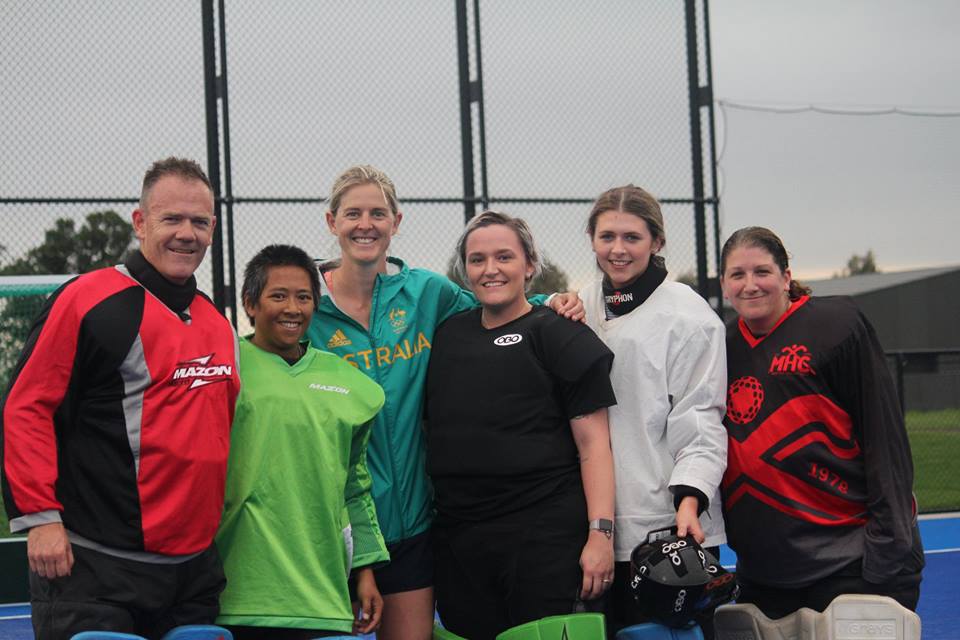 Lynch represented Australia more than 150 times since 2006, including the 2016 Olympics Games in Rio.

When not competing, Lynch runs her STOMP goalkeeping courses around Australia. She is also an ambassador for RUOK? Day.

It was an opportunity relished by the local goalkeepers who are now inspired to put their newfound skills to use in the coming season.

At the end of the evening, Lynch was presented with

a Maffra shirt in appreciation for her travelling to Gippsland to provide the training course.