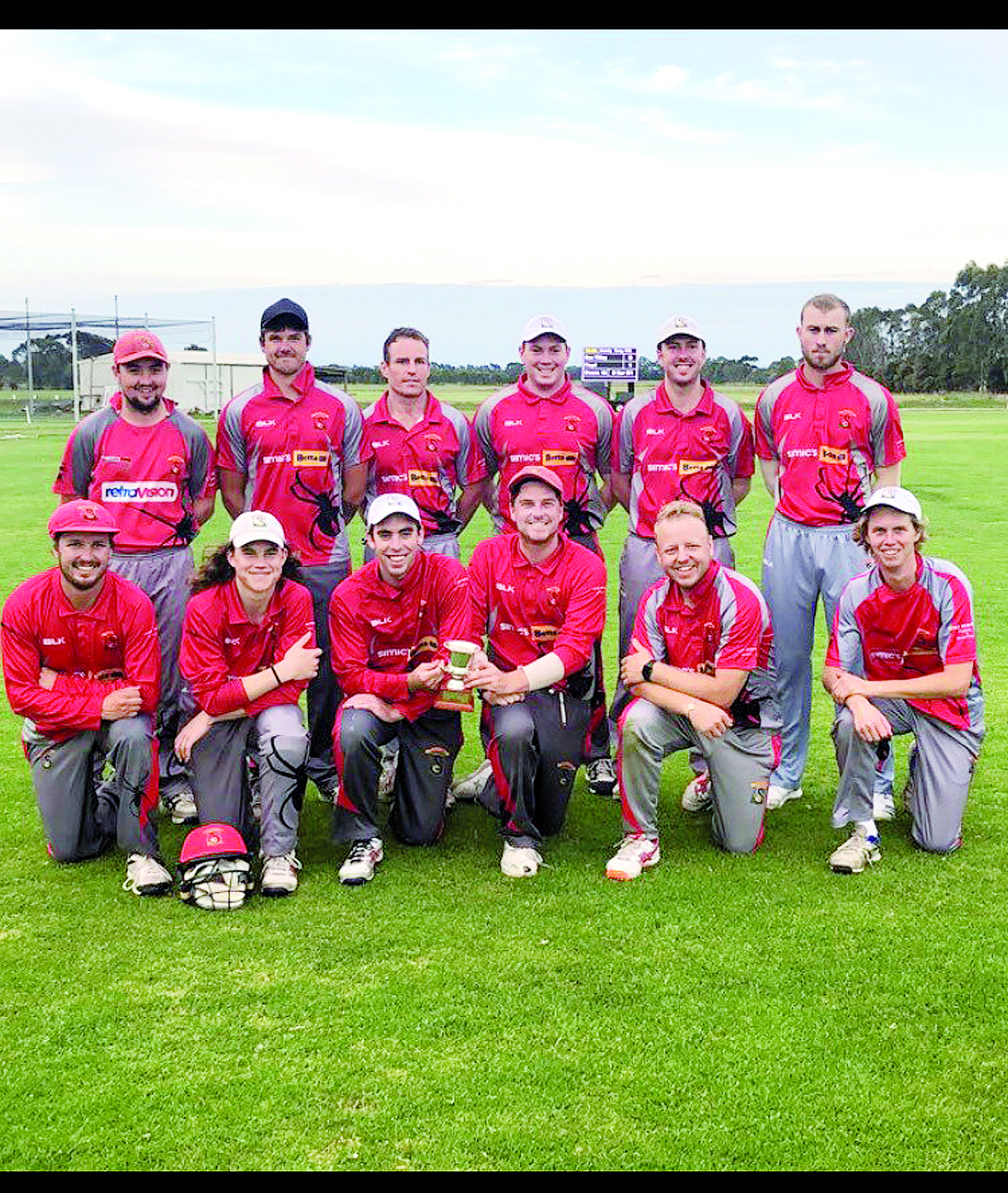 The Redbacks completed a remarkable rise in the past fortnight, with a final round victory raising them from fifth spot to second on the ladder to book a place in the final.

Bundalaguah had accounted for all challengers in its first four games of the five match home-and-away season, with Stratford the only side to get the better of it, defeating the Bulls on two occasions.

After winning the toss and electing to bat at Bundalaguah, Stratford opener Lewis Bolton set the pace with a better-than-a-run-a-ball 29 at the top of the order, as he and captain Jack Rietschel (33 from 21 balls) ticked things along nicely for the Redbacks.

Stratford then received a match-winning knock from Rietschel’s Victorian Country teammate Jordy Gilmore, who smashed four sixes in his unbeaten innings of 58, scored off just 29 balls.

With the ball disappearing to all parts of the Colin Wrigglesworth Oval, number eight batsman Jonny Lash joined in the fun, smacking a handy 22 from 13 balls to see Stratford close with an imposing score of 8-172.

Remarkably, no catches were taken in the Redbacks’ innings, with six batsmen going out bowled and a further two leg before wicket.

The Bulls’ best bowlers were Gayashan Munsinghe with 3-37, and Cloete Buitendag and Sam Bedgood, who took two wickets each.

Bundalaguah faced the daunting prospect of needing more than eight and a half runs an over to be a chance, and with this psychological pressure in mind, was all out for 91 in the 17th over.

Unbeaten on 26, Bedgood was the only Bulls player to make an impression in the scorebook. Bedggood was bereft of any support, as only two other players reached double figures.

The Stratford bowlers worked well in tandem, as Lash took 3-7, along with Sam Anstee, and the Rietschel brothers, Jack and Jake, who all took two wickets.

The man of the match award went to Jack Rietschel.