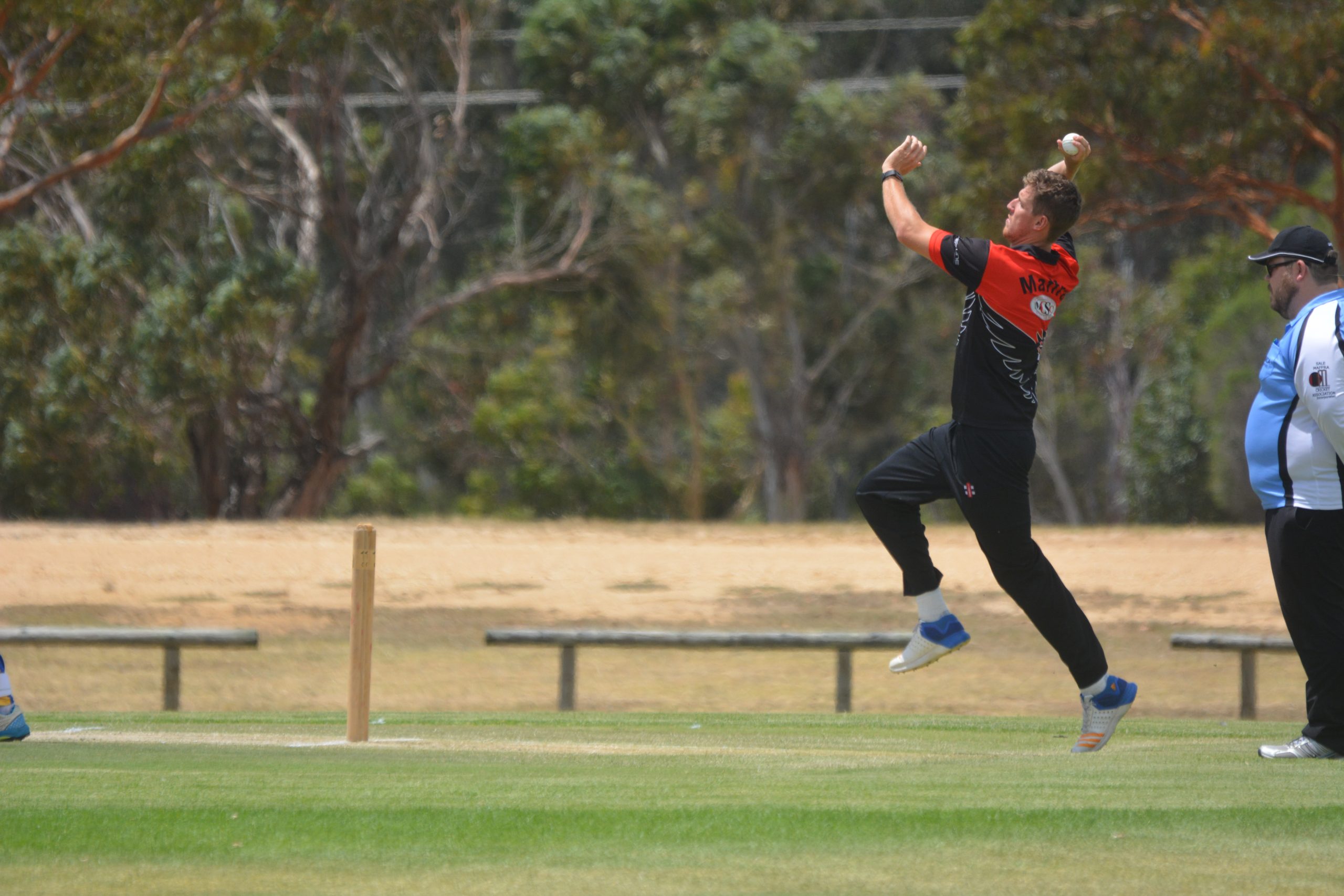 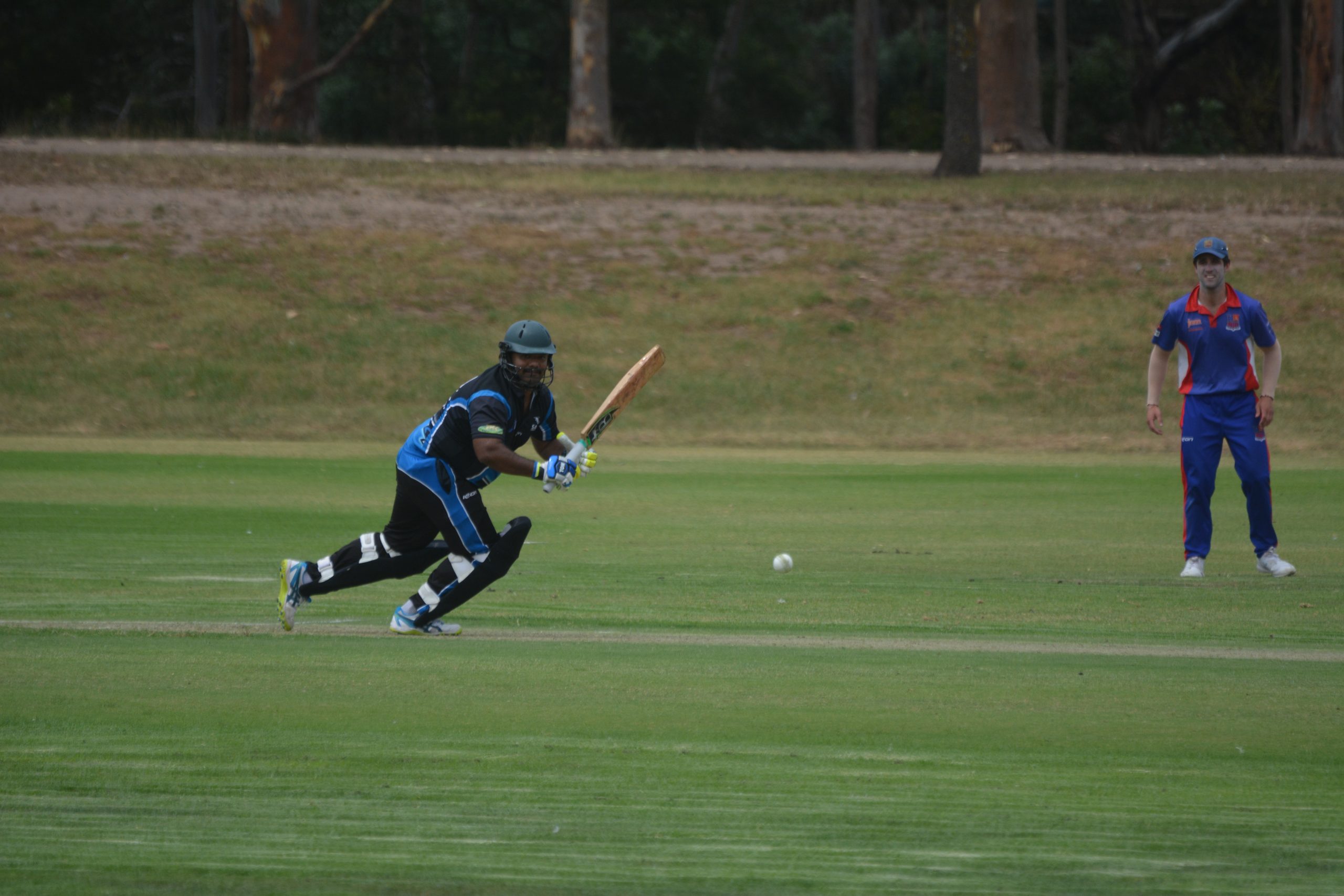 BOISDALE-BRIAGOLONG is just over a win outside the Sale-Maffra cricket top four after winning at Stratford on Saturday.

Beginning 2019 with back-to-back wins, the Saints moved above the Redbacks into sixth place on the ladder, with other results also helping bridge the gap to the top four.

During the final round of scheduled one-day matches this season, the Saints bowled Stratford out for 141 in the 38th over before scoring 6-153 from their 40 overs.

At 2-83, the Redbacks were in a position to post an imposing score before Liam Hurst claimed four of the next five wickets for the visitors.

Lewis Bolton was caught off Hurst’s bowling for 22 then Dylan Bolton was trapped in front of his stumps for two.

Captain Jack Rietschel, returning from Victoria Country duties, scored 34 before being caught and bowled by Hurst.  Shortly after, Nathan French was run-out before Hurst had Ethan Albrecht out leg before wicket, leaving the home side 7-114.

Lachie Dowd scored 17 in the tail to help the Redbacks make a competitive total.

Hurst finished with 4-29 from eight overs, while Jordan Price and Jack Wrigglesworth both claimed two wickets.

Price and Mick Roberts began the Boisdale-Briagolong innings with a 50-run partnership, which ended when Price was bowled by Rietschel for 39. Roberts was bowled by Dylan Bolton for 18 soon after.

Saints captain Toby Leeds scored 27, but when he was trapped in front by Rietschel, the visitors were 4-89.

Wrigglesworth and Louis Howard took the score to 118, when Howard was run out for 10. With a run being added, Alistair Sandison was out LBW to Dylan Bolton.

Wrigglesworth and Hurst scored the runs required to win, finishing unbeaten on 36 and 17 respectively.

Dylan Bolton claimed 3-23 and Riestchel 2-24 from their respective eight overs.

MAFFRA moved into third place with a victory at home over Rosedale-Kilmany.

The visiting Warriors made 9-130, a score the Eagles passed with three four wickets in hand.

The Warriors’ top three batsmen got starts, but none passed 17. Grant Thornton claimed the wicket of both openers.

Craig Alcock provided the foundation of the innings, scoring an unbeaten 52, but received little support until Brandon McDonald scored 15 batting at number 10.

Jim Beaumont did the damage through the middle order, finishing with 4-21, while Thornton claimed 3-24.

Nick Wozniak scored 21 at the top of the order for Maffra before three teammates posted scores in the teens.

Josh Rurawhe and Thornton took the Eagles within sight of victory, but when the former was bowled by Dylan Rowley for 29, the hosts were 6-110.

Batting with Nathan Magnuson, Thornton scored 30 not out from 28 balls to ensure Maffra victory.

McDonald and Thomas Love claimed two wickets each for the Warriors.

COLLEGIANS had a comfortable victory over Sale.

The Swans were bowled out for 119, with Stuart Anderson taking a miserly 4-7 from eight overs. Mark Nicholls took 3-10.

Sale looked set to make less than 100 until Darshana Gunasekara scored 27 and Lachlan Carman 11 to end the innings.

The ladder leaders scored the winning runs in the 26th over of their innings, finishing with 4-123. Nick Grainger scored 39, Matt Foster 31 not out and Jayden Allison 30.

After Buitendag was dismissed, captain Sam Bedggood and Nathan Hibbins took the Bulls to victory, finishing unbeaten on 28 and 25 respectively.

Connor Lay took 3-35 to give the home side a chance to successfully defending its total.