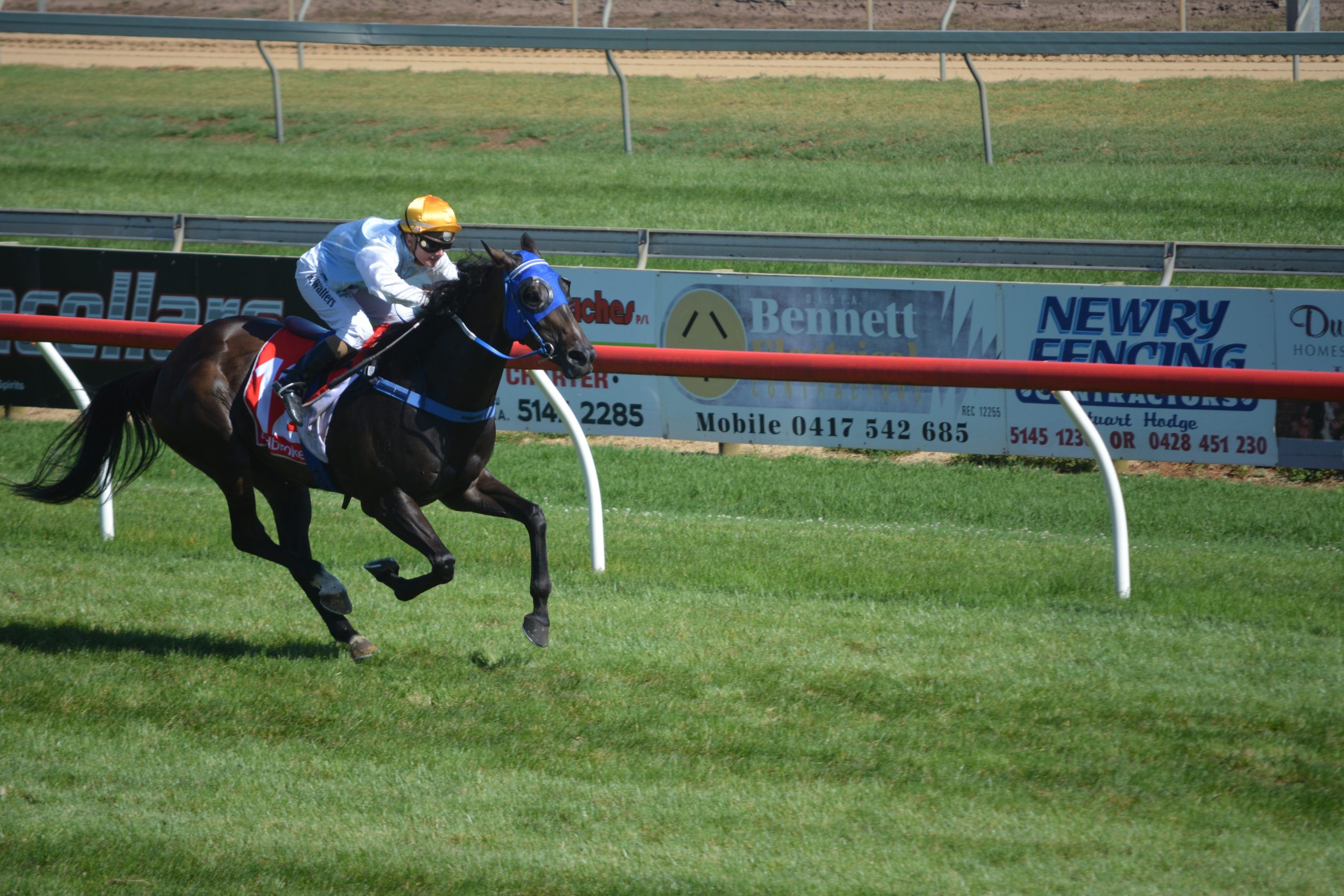 IN a true last, but not least, moment, a local father-daughter team clinched the win in the last race of Sunday’s meeting at Greenwattle Racecourse.

Sale trainer Wayne Walters and his daughter Kate Walters kept the flag flying for the locals when they combined to win with six-year-old mare Lady Annabel.

In front of a substantial crowd, Walters and Lady Annabel stormed home to take out the benchmark 58 handicap on a track rated a good four.

Riding honours for the eight event program went to Michael Walker, who completed a riding double with wins on Mawaard in race four and Vainstream in race seven.

While Maaward took out race four, Magnus Equus, trained by Mario Farrugia and ridden by Jake Noonan, was close behind in second.

In race five, Stormy Shore, trained at Foster by Ken Fythe and ridden by Nikita Berriman, won the benchmark 64 handicap.

From The Clouds, trained at Mornington by Matt Laurie and ridden by Fred Kersley, won race six, the benchmark 64 handicap.

The four-year-old gelding, who was coming off a last start fourth at Flemington, has four wins and three placings from 11 starts.

In the warmer weather, the umbrellas were a popular spot to escape the heat for spectators and punters.

Being the Kids’ Day Out meeting, young racegoers were presented with backpacks and caps as they entered the gate, and joined in activities, such as cricket on the lawn and a miniature straight dash with ride-on toy horses.

Many celebrities have attended recent race meetings at Greenwattle, and on Sunday, it was former British fashion photographer Barry Weller’s turn.

Now living at Bittern on the Mornington Peninsula, Weller learned his craft from one of the greats of fashion photography — Norman Parkinson.

Working with Parkinson, Weller did shoots with the royal family and many well known personalities, including Elizabeth Taylor and Jean Shrimpton.

The next event at Greenwattle will be the Sale Quality Raceday on Sunday, February 3.