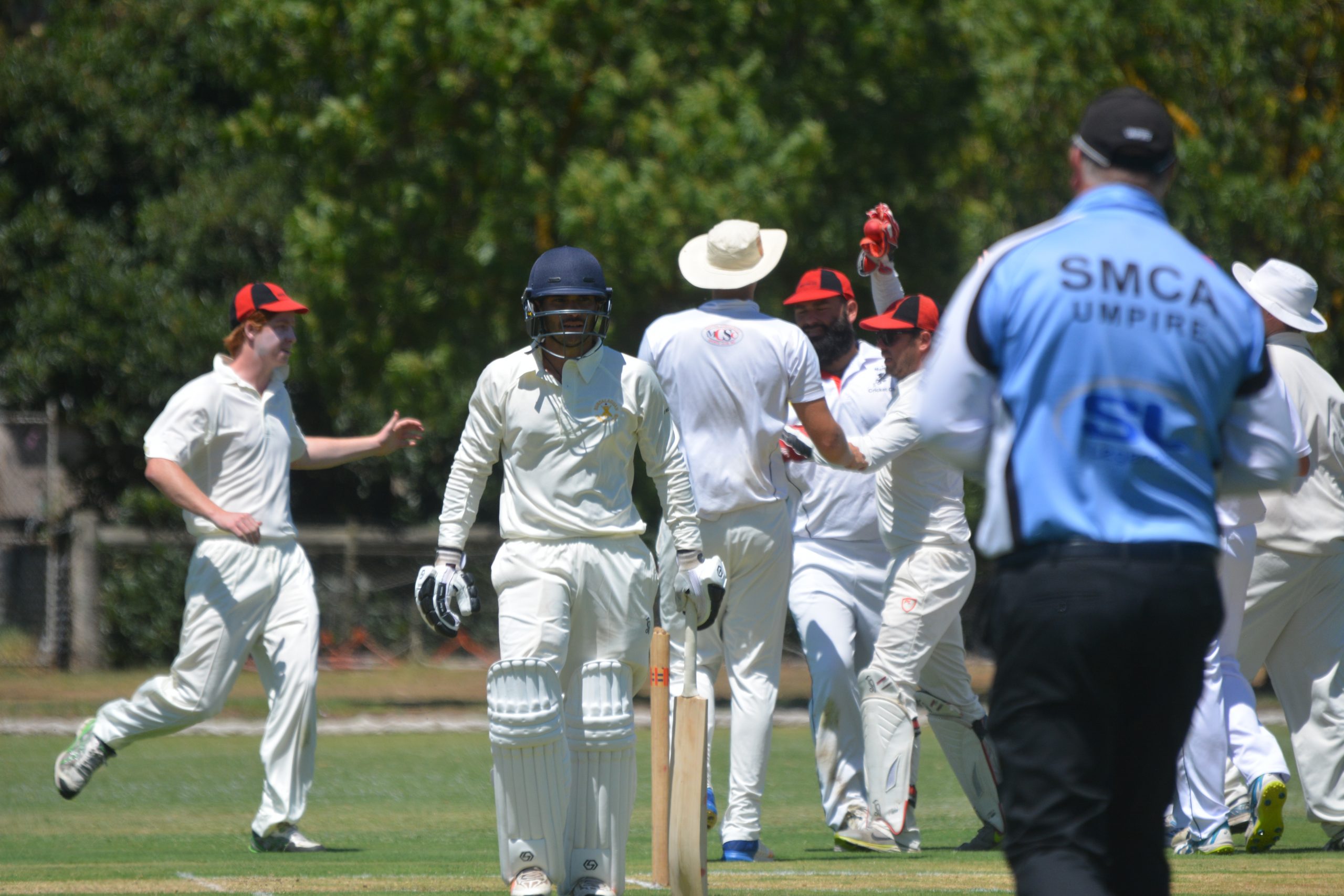 AN emphatic century from Sale opening batsman Rohan Blandford highlighted round 11 of Sale-Maffra cricket, as the two day matches swung into action, separating the real players from the one-day hacks.

Blandford had been threatening to reach triple centuries for some time, and finally broke through after falling twice in the 90s this season.

At Rosedale Recreation Reserve, Nathan Massey called correctly for the Swans and elected to have a hit. The decision appeared justified when Blandford and John Mayman put on 111 for the opening wicket, before the latter was dismissed for 22.

From 1-111, Sale then slumped to 4-139 as the Warriors wrestled back momentum thanks to Brad Scott, who collected two top order wickets.

After Blandford departed for 104, which included 11 fours, Rosedale-Kilmany was able to find regular breakthroughs, and did well to keep Sale under 250.

For the Warriors, their best bowlers were Brandon McDonald, who bent his back in a 21 over stint that saw him finish with figures of 3-64, and Brandon Hill who took 3-25. Other multiple wicket takers were Cameron Freshwater (2-35) and Brad Scott (2-51).

Before stumps, Rosedale-Kilmany then successfully negotiated six tricky overs, to end the day 0-15. The Warriors will require another 206 runs to win on first innings when play resumes.

MAFFRA ended its day against Bundalaguah in the worst possible way, losing a wicket in the last over before stumps to be 1-1 chasing the Bulls’ first innings total of 183.

Bundalaguah openers Cloete Buitendag and Jason Langshaw got their side off to a decent start, putting on 53 for the opening wicket, with Buitendag the first wicket to fall after scoring 26.

In the middle order the Bulls found runs to help Langshaw who ended up scoring 45, with Jake Wynd (25), Sam Bedggood (22) and Guyashan Munsinghe (25) all chipping in. For Maffra, its best bowlers were Jim Beaumon who snared 4-62 and Josh Davis who took 3-64 and didn’t give anyone else a bowl. Zac Kearns also bowled tidily, finishing with figures of 2-17 from nine overs with three maidens.

The Eagles will need another 183 runs with nine wickets in hand to gain first innings points.

STRATFORD and Longford are in the middle of a low scoring affair, that resulted in 15 wickets falling on day one as the Redbacks were routed for a measly 93 in the 51st over.

The Lizards’ decision to bat first quickly backfired when Matt Johns walked back to the pavilion after the first ball of the game, bringing James Barker and Lachlan Cunningham together as the pair defended for nearly two hours, adding just 19 runs in the process.

At 5-32 the Longford situation looked dead and buried, yet Brett McMaster dug deep to post a fighting 42. Stratford’s Dylan Bolton cashed in with the ball, taking 4-39, along with Will Mayne (2-5) and Jack Rietschel (2-10) who were also effective.

With only a small total to chase, the Redbacks may have become complacent, as they ended the day in a precarious position at 5-77.

Dylan Bolton scored 29 for Stratford, yet Longford bowler Stephen Parry caused headaches for the batsmen, with figures of 3-12.

With 17 more runs to get, the Redbacks will surely plan for their lower order to bat around not out batsman and captain Jack Rietschel, as any number of possibilities still exist.

BOISDALE-BRIAGOLONG has Collegians 1-16 chasing 171, in what is shaping as an interesting contest.

After sending the Saints in, Collegians struck a number of early blows, as Boisdale-Briagolong fell to be 3-29. From here, Jack Wrigglesworth scored a fine half century to pull the side out of trouble, as the middle order also contributed, with runs from Louis Howard (36), Stephen Noble (25) and Liam Hurst (26).

Bosidale-Briagolong bowler Todd Mann believes the Saints’ change in fortune post-Christmas has come due to a wake-up call over the break, and believes the side can get the job done on day two.

“They still have a couple of good bats to come but I’m very confident that if we bowl well early, and to our plans, we will win.”