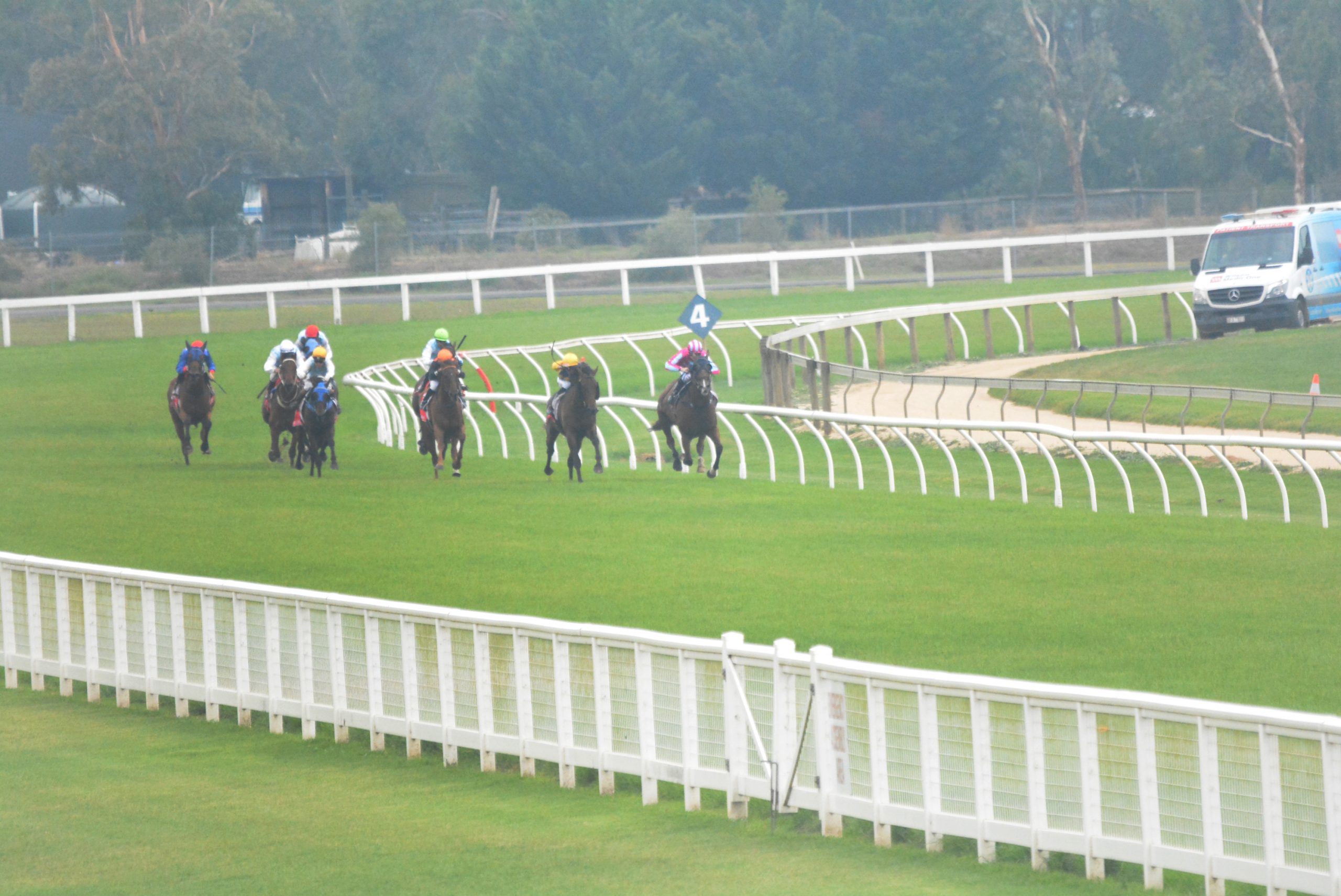 THE Sale Quality was moved to Monday after Racing Victoria rescheduled the meeting because of Sunday’s oppressive heat.

While a sparse crowd turned up, those that did attend Greenwattle Racecourse enjoyed free entry, with discussion rife between spectators surrounding the withdrawal of horses trained by Darren Weir, who has been banned from racing for four years after not contesting charges from racing stewards and police.

The Sale Quality had a field of mature age geldings take on the 1200 metre race, with the Tony McEvoy-trained Fox Hall winning from Illustrious Lad for Moe trainer Peter Gelagotis.

Despite the low crowd numbers, the show still went on, with bookies and professional gamblers scouting the betting ring looking at their next investment, while an audible verbal stoush in the stables could be heard between two teams who appeared to have a difference of opinion in regards to racing etiquette.

In race three, the fillies and mares maiden plate, trainer Richard Laming made it two consecutive wins, when his three-year-old filly Aurora Sunset came through to light up the straight similar to the more famed aurora borealis.

The 1400m race four, another maiden plate, was won by the Hayes and Dabering training team, with three-year-old gelding Gold Spark finishing ahead of Gelagotis’ four-year-old mare Pembroke Isle.

A two-horse race ensued in the fifth, with the Lyn Tolson and Leonie Proctor-trained Come On Carl going past the post ahead of Ali Orphan, trained at Sale by Wayne Watlers and ridden by daughter Kate.

The first benchmark 64 handicap saw the Ciaron Maher-trained Grand Crown win from barrier five, with the Walters family again coming in second, this time on Lady Annabel, who was unable to reproduce her previous effort at Greenwattle, when she won there last month.

The final race, the fillies and mares benchmark 64 handicap, was won by the Robbie Griffiths-trained Mossbelle, who came in front of Bonito, trained by Leon and Troy Corstens.

The next race meeting at Greenwattle will be held on Sunday, February 24.