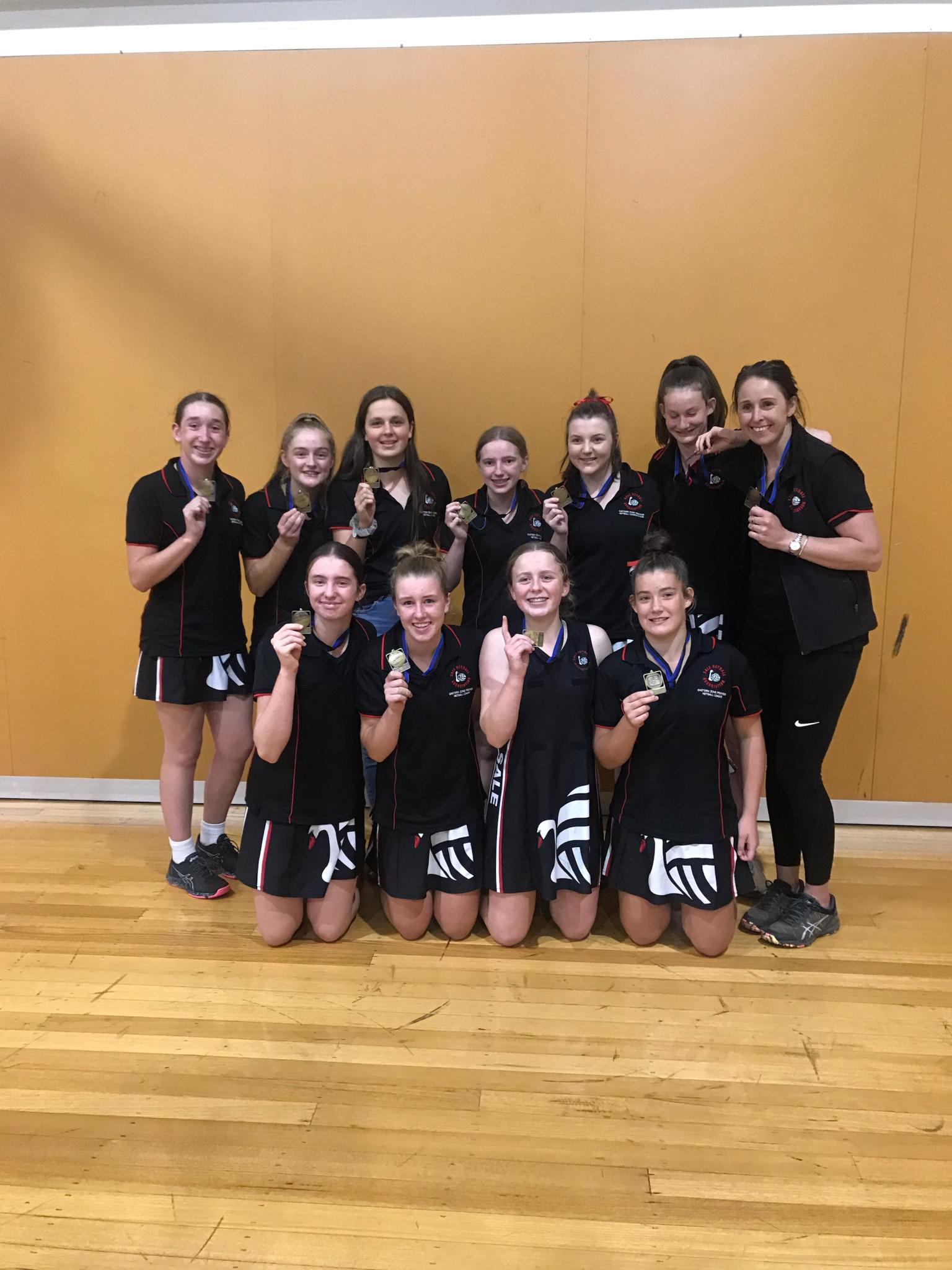 Sale Black had not dropped a game throughout the competition, finishing with a 47-27 victory over the Gippsland League at Churchill.

Strong contesting and speed were the order of the day. The players from both sides gave it everything they had, but Sale Black was too strong.

Mid Gippsland came in missing key players Courtney Risol, who was on a holiday planned for 12 months, and Georgia Hutchinson, who suffered a knee injury in the semi-final which will see her out of action for the rest of the year. To add to  coach Ash Stubbs’ woes, goalkeeper Jess Le Page suffered a calf injury mid-match.

Down to just the bare seven players, including the use of an emergency, Mid Gippsland made every effort to hold it together.

Churchill-Traralgon kept the game interesting as the young but clever goal attack Saskia Eenjes drew her defender out of the game, creating excellent opportunities for Lynette Patten to own the goal circle.

Scores were even at the first break, but Churchill-Traralgon managed a one goal lead by half-time.

The mid court battle was easily won by Churchill-Traralgon, with veteran Stacie O’Brien working well with Maddi Burney, and Rachael Loechel linking with the goalers.

The final quarter was telling for Mid Gippsland as its opposition’s defenders came into the game.

BAIRNSDALE inflicted Gippsland’s first loss of the season in the 17 and under division, wining 40-33.

Bairnsdale stuck to its game plan, playing a disciplined and structured style of netball which Gippsland couldn’t combat.

A strong comeback in the final quarter by Gippsland was pleasing with the move of Ella Gown from defence to attack, however it was too little, too late.

EMILY Williams from Sale won the 15 and under Hot Shot winner.

Bairnsdale’s Kayla Neilson won the open award after shooting at 87 per cent for the season. The 17 and under award went to North Gippsland’s Chloe Finn, who also shot at 87 per cent.

Sale’s Charlotte Ronchi and Gippsland’s Alice Reid shared the 15 and under Most Valuable Player award, as judged by the umpires.