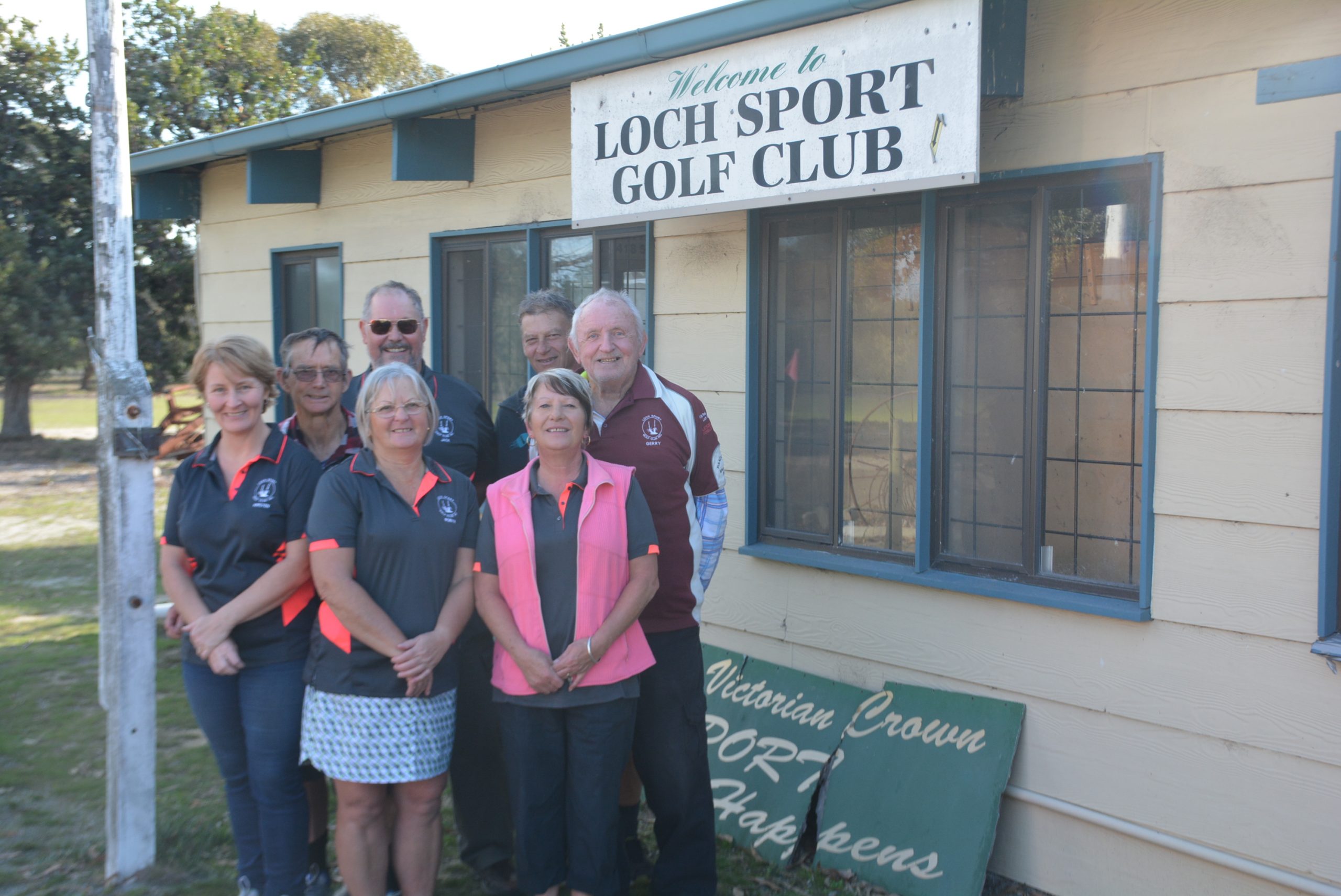 SPIRITS are high at Loch Sport Golf Club, after news came through the club would receive a well overdue upgrade to its decrepit clubhouse.

One walk inside the current clubhouse shows a sorry state, with walls eaten alive by termites, holes in the kitchen covered up by posters, and the captains office consisting of a desk and chair.

The club doesn’t even have a physical bar, as insects appear to have taken a liking to the alcohol seeped timber and completely destroyed it.

Club vice president Gary Driscoll said an upgrade was urgently needed, owing to the fact the rooms had remained relatively similar since being built in 1982.

“The rooms started off as a little garage and since then we’ve just done extensions,” Mr Driscoll said.

“Everything has been done by volunteers along the way but the white ants have killed us. They’ve been here for a while.

“The guys that built it [the original rooms] did a brilliant job [but the time has come to update] and we will try and make them proud and do something better.”

Following an audit from Wellington Shire Council, the club was told its entire clubhouse would need to be replaced.

Secretary Robyn Bate said the club was bolstered by a $20,000 planning grant from the Latrobe Valley Authority, and was ready to move forward with a new design.

“The plan is to put up an Australian barn-type structure – in it we’ll have a commercial kitchen, bar, storeroom, disabled access toilets, which will all be down either side and in the middle will be the clubhouse,” Ms Bate said.

“The planning grant was approved which is really exciting, so we can now move forward.”

As the only golf course east of Melbourne to have sand greens, the Loch Sport Golf Club is hopeful of having works completed in time for when it is scheduled to host next year’s state sand green championships.

“It would be awesome to have the building up, opened and functioning by September 2020, that’s our aim.

“Gippsland has got the sand green championships over anybody else east of Melbourne so we cant afford to lose it.”

In order to get the new clubhouse up and running, the club is opening a call to arms for any members of the public that would like to assist.

“We are calling on the community, not just in Loch Sport but the wider Gippsland community, to really get behind us as there are going to be things that we need that we cant afford,” Ms Bate said.

“So anybody that is out there that can help us with anything, we will gratefully accept.

“We’ve got to buy the shed, so if there are any companies out there that think they can help us we will be more than happy to talk to them and be more than grateful.”

The club last held the Victorian sand green championships in 2012, and will welcome both men and woman competitors playing in the same week for the first time.

Gippsland South MLA Danny O’Brien recently visited the club and supported any moves to see the state of its crumbling clubhouse addressed.

Anybody interested in helping the Loch Sport Golf Club should phone secretary Robyn Bate on 0427 844 496.