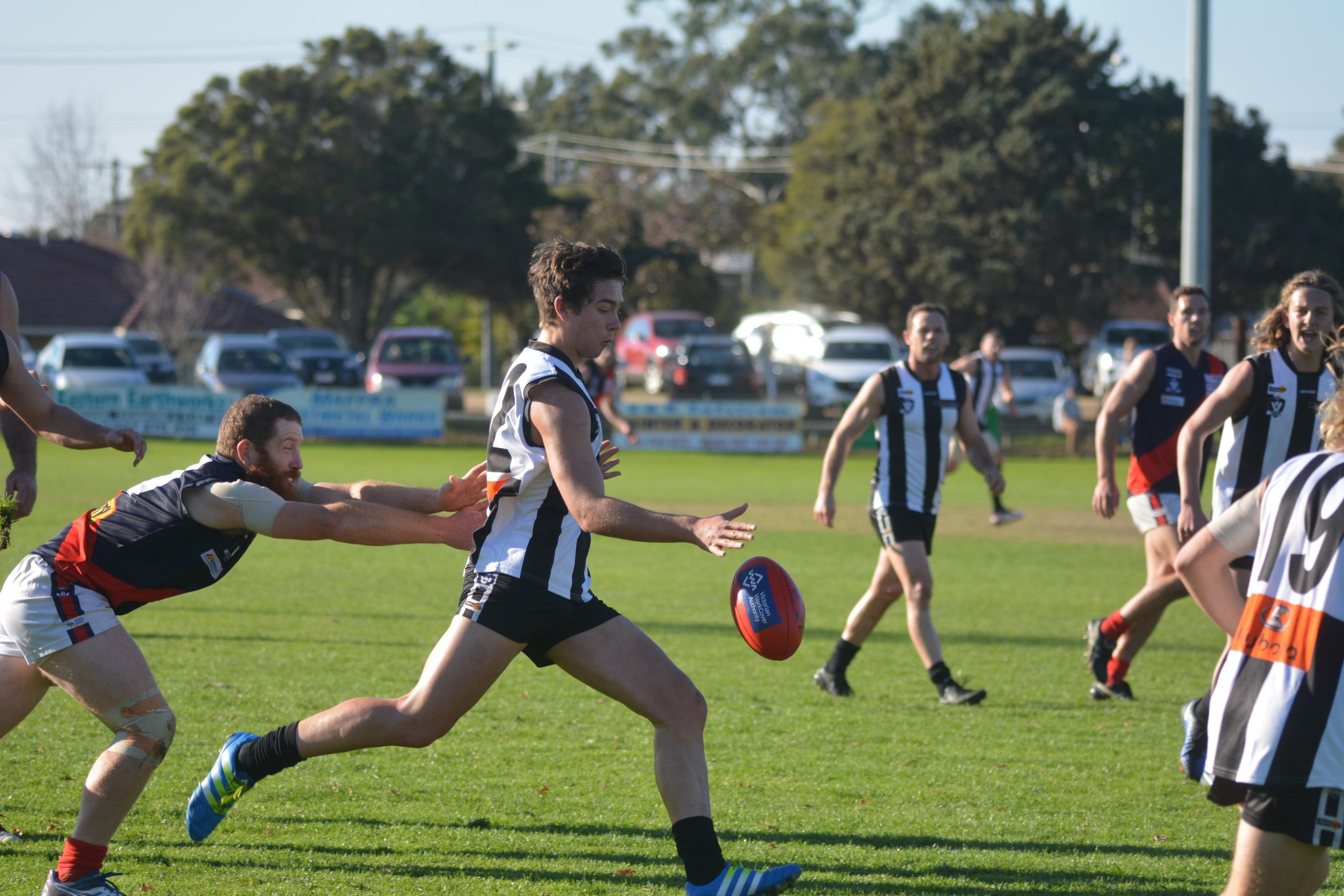 The 18-year-old’s recruitment comes after he was overlooked in last year’s national draft, which did not deter him as he continued to put his name forward by playing strong football for both Gippsland Power and Footscray in the VFL.

As the only overage player at Gippsland Power this season, Dunkley’s hard work, leadership, and mentoring of young players were instrumental in eventually getting him onto an AFL list.

A three-goal effort on the MCG recently playing for Footscray thrust him into the media spotlight, as well as his strong sporting family.

His father Andrew played 217 games for Sydney, and older brother Josh is currently one of the Western Bulldogs premier players, while sister Lara is making waves with the Melbourne Vixens in Super Netball.

Gippsland Power talent manager Peter Francis paid tribute to Dunkley, saying it was great to have another local product make it to the top level.

“There hasn’t been a midseason draft since 1993, so to get him drafted so quickly is fantastic.

“He’s trained really hard to get to this point so it’s a credit to him.”

The Demons were impressed with his contested ball winning ability and strong work ethic and will place him on the senior list to cover South Australian youngster Aaron Nietschke, who has been placed on the long term injury list.

Dunkley played 12 senior games for Sale, including last season’s semi-final, and played his first senior game while still in the under 16s.

Sale Football-Netball Club president Justin Dessent said the club was delighted to have Dunkley become the 12th player drafted from the Magpies.

“The Sale Football-Netball Club is tremendously proud of Kyle, he has worked extremely hard to give himself the best opportunity to get drafted and to be taken at pick three speaks volumes as to how much work he has put in,” he said.

“He is a fantastic kid who is always smiling and he has come through our juniors and played senior footy at Sale at a young age like his brother Josh.”

Dunkley will join fellow Gippsland Power draftee Declan Keilty at the Demons, and given Melbourne’s form line, may be an outside chance to pull on the red and blue before season’s end.