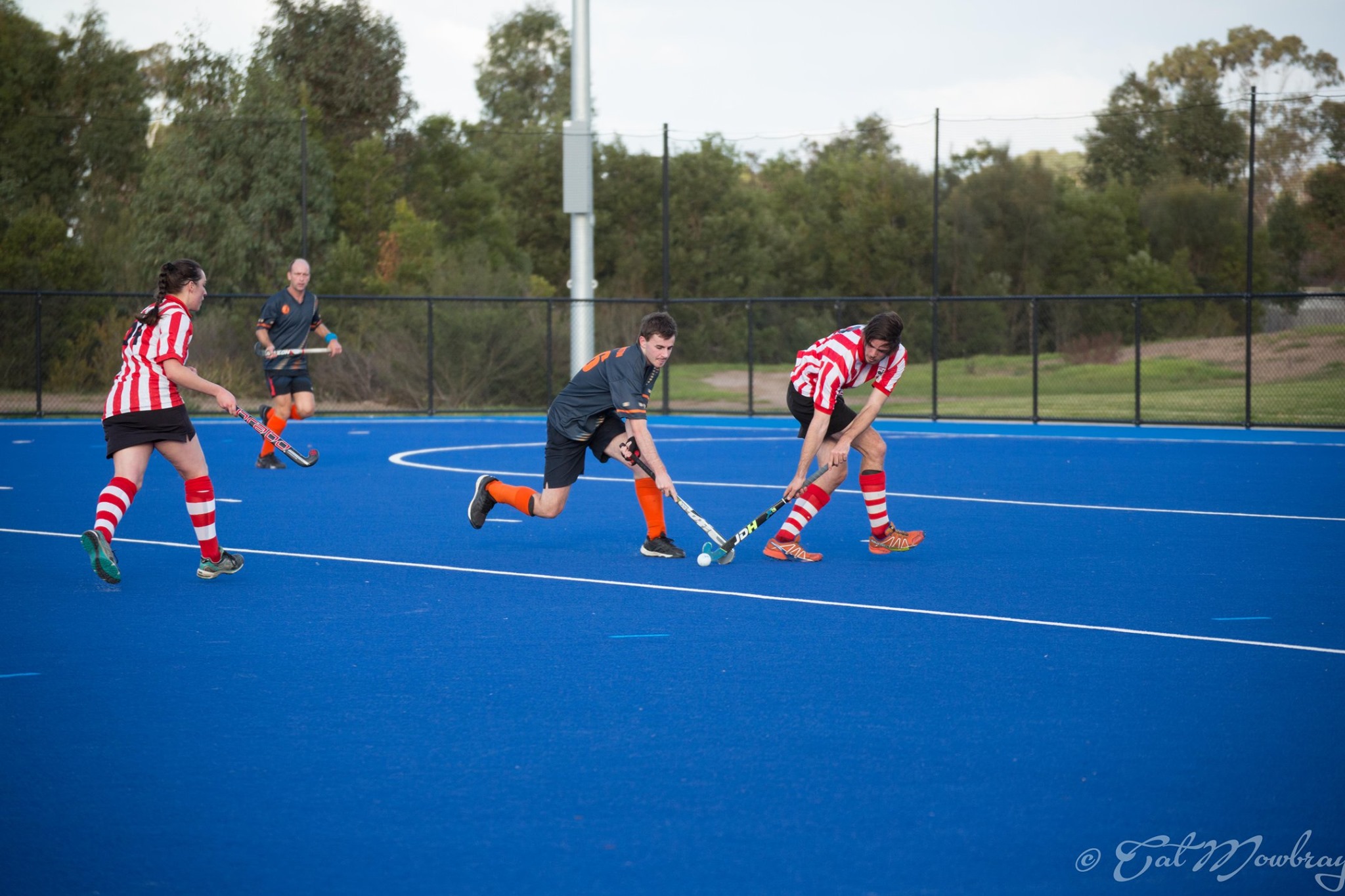 THE competition in the East Gippsland Hockey Association’s open competition is heating up, with both of last year’s grand finalists being defeated at the weekend.

Playing at home, Wellington got the jump on Swan Reach with two first half goals to Jack Wrigglesworth.

Two second half goals by Swan Reach’s Riley and Darcy Simpson levelled the score before a late goal by Bayley Hill put Wellington back in front. Swan Reach pressed hard with an attempt at goal cleared by Wellington’s Dom O’Neale as the siren sounded.

Orbost provided the four-time defending premier Sale a rare loss, playing a strong game from the first to last whistle.

In a match played between the midfields, a goal in each half to Orbost’s Hugh Grant and Ren Cruden-Smith provided the home team with a 2-0 win, moving it to the top of the ladder, narrowly clear of Sale.

A strong 7-0 win by Maffra over Bairnsdale ensured that the ladder remains close. John Higgins and Scott Botten both scored twice for Maffra, with one each from Mark Humphris, Nathan White and Kane Dixon.

THE under 13s match between Wellington and Swan Reach also provided an exciting battle.

Wellington held a tight 1-0 lead at half-time through a Jimmy Love goal.

Swan Reach rebounded after the break with two goals in quick succession by Zac Schieffelbein and then a late short corner conversion by Ryan Pruscino securing a 3-1 win for the visitors.

Ladder leader Maffra had a strong 10-0 win over Nagle to keep it clear of the pack. Hamish Macgregor scored five goals, Gretel Harms two, and Mia Humphris, Daniel Neaves and Tara Lambert one each.

Orbost maintained fourth spot on the ladder with a 4-1 win over Sale. Rex Macalister scored twice for Orbost, with one each from Thomas Macalister and Damika Morton, while Brodie Van Der Velden scored Sale’s goal.

Swan Reach moved up to third with Josh Ward scoring a hat-trick with a 3-1 win over Wellington. Jack Love scored the goal for Wellington.

Four different goals scorers provided Orbost a 6-1 win over Sale, pushing it to second place on the ladder. Kyle Findley and Oscar Milward scored two goals each for Sale, and Phoebe Findley and Samual Gladstone one each, while Sale’s goal came from Thomas Wrigglesworth.

IN the under 18s, Swan Reach defeated Wellington 8-1, Maffra defeated Nagle 8-2 and Orbost maintained its unbeaten run by defeating Sale 3-1.

MAFFRA travelled to Nagle for its first matches on grass this year, and the women’s team showed it is still the team to beat with a solid 4-1 win courtesy of a Caitlyn Frisina hat-trick and a single by Jessica Cull.

A Lisa James hat-trick and doubles by Rebecca Corben, Sarah Grixti and a single by Filly Lang provided Swan Reach an 8-0 win over Wellington.

Sale secured a 3-0 win over Orbost with Ellen Forster scoring twice and Jacqueline Southall once.

THIS Saturday, Wellington host Maffra, Nagle will welcome Swan Reach, and Sale will host Bairnsdale. Orbost will have the bye.