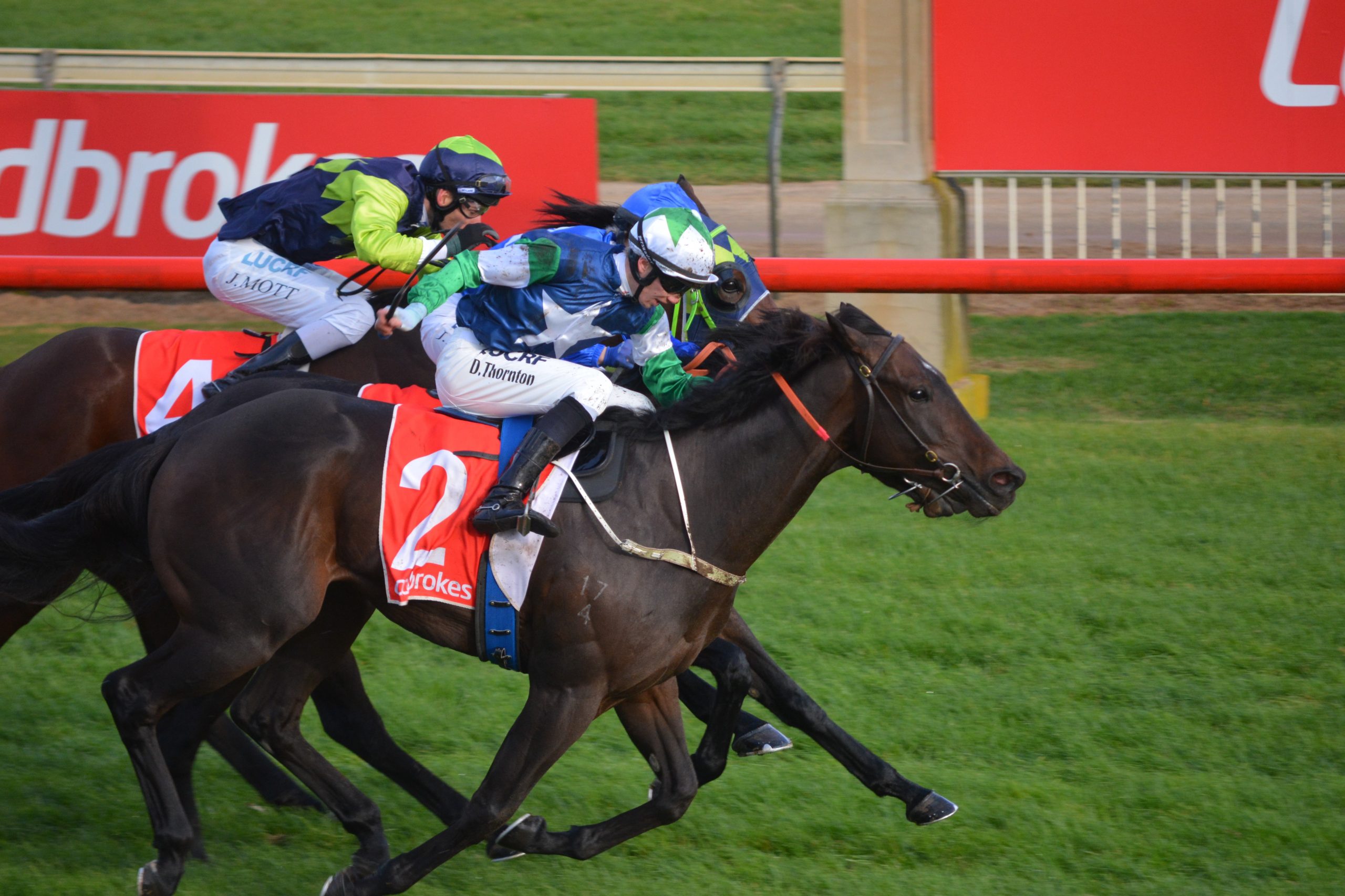 DESPITE the cold wintry conditions, the eight-event Gippsland Times Race Day at Greenwattle last Wednesday was another outstanding meeting.

The newly-extended and renovated public bar offers patrons the ideal spot to watch the racing, and will be officially opened by Racing Victoria at the next meeting on Wednesday, June 12.

The track at Greenwattle was rated a “soft eight”, but stood up well for the majority of the day. It was not until the final two races that riders began to use the outside run home looking for firmer ground.

The opening race saw the first horse cross the post without a jockey, giving the Danny O’Brien-trained Theme Park the win.

The tipped-off jockey, Jason Benbow, was taken to Sale Hospital with a fractured fibula. Benbow may require surgery once his condition is reviewed next week.

Race five was won by Tata Da Goose, before the best finish for the day in race six saw the three place getters hit the line locked together. A photo finish declared Heir To The Throne the winner, from So White and Pakaya Prince.

The final two races were won by Trigger Point and Exasperate, with the latter winning from the Peter Gelagtotis trained Nudge Bar.

Racing in the local area was also highlighted by the performance of the Sharyn Trolove, trained Not Enough Effort from Bundalaguah, which won its fourth straight race on Saturday.

The star three-year-old gelding saluted at Flemington by 0.8 of a length in the final race of the day. – with Liam Durkin