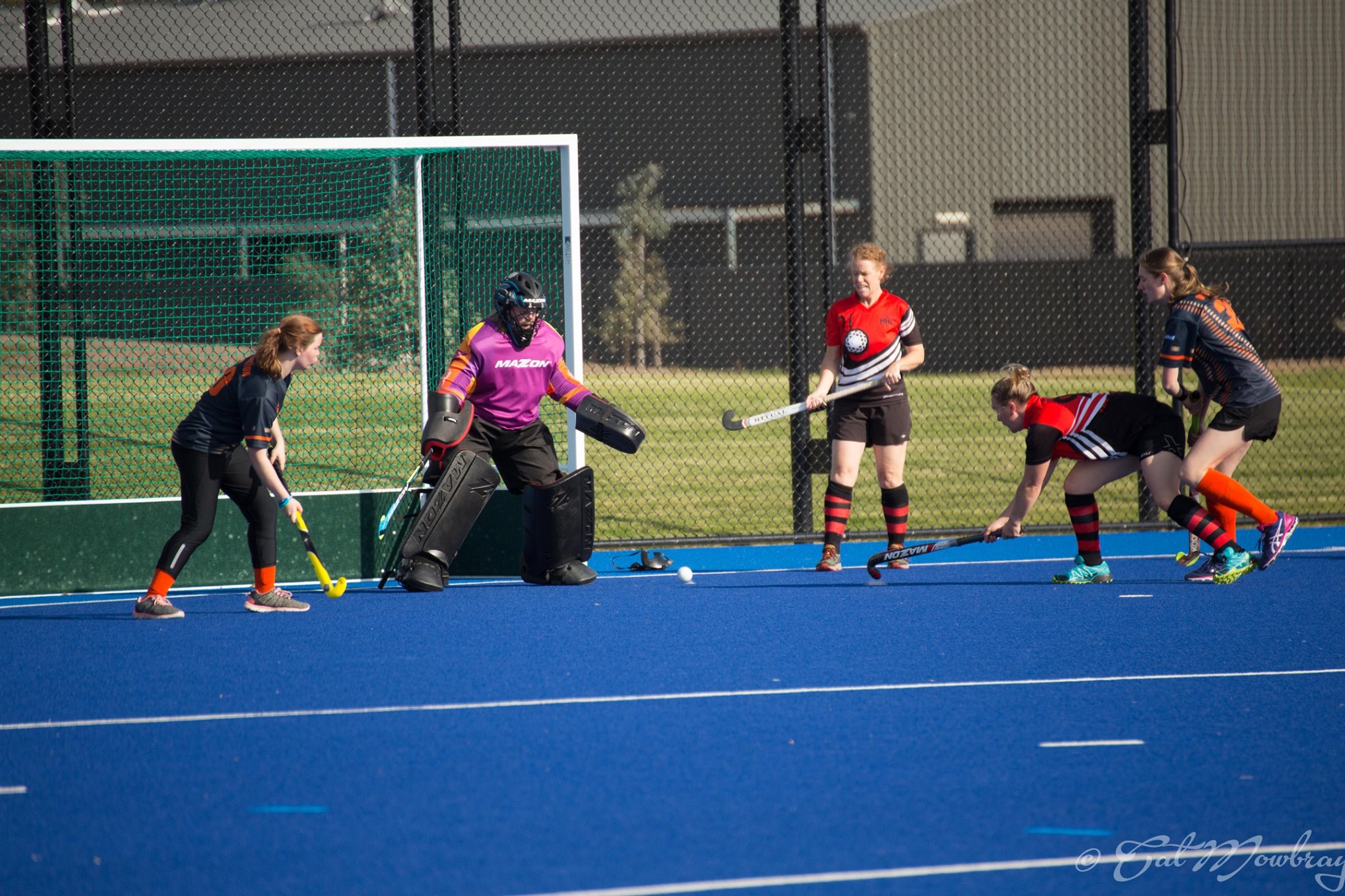 MAFFRA was too strong for Wellington, winning its East Gippsland Hockey Association women’s match 11-0 on Saturday at the Gippsland Regional Sports Complex.

Wellington returned to the women’s competition this year. Although it faced a tough match against last year’s grand finalist, the newly-formed team’s members who are new to hockey fought hard throughout the match.

Later in the day at GRSC, Sale defeated Bairnsdale 6-1.

After Bairnsdale was short on players, Sale provided some additional players to ensure a game was played.

Sale scored regular goals in the first half before Bairnsdale steadied the ship and scored the only goal of the second half.

Two first half goals by Swan Reach’s Sarah Grixti and one to Nagle’s Megan Brill gave the away team a narrow lead at the break.

An goal early in the second half by Nagle levelled the ledger, before a Molly Ward goal and Grixti completing her hat-trick to give Swan Reach the win.

Determined to fight back in the second half, Maffra responded soon after the resumption through Michael Roberts.

The rest of the match was fought hard with both teams having good opportunities to score, but some sensational saves from goalkeepers Sarah Collier (Maffra) and Max Cashion (Wellington) ensured the score remained at 4-1.

Michael Palmer scored his second hat-trick for the season as Sale defeated Bairnsdale 10-0 under lights.

THE local competition will take a break this weekend as the EGHA sends teams to complete the women’s and men’s Victorian Country Championships which are being played in Geelong and Melbourne respectively.