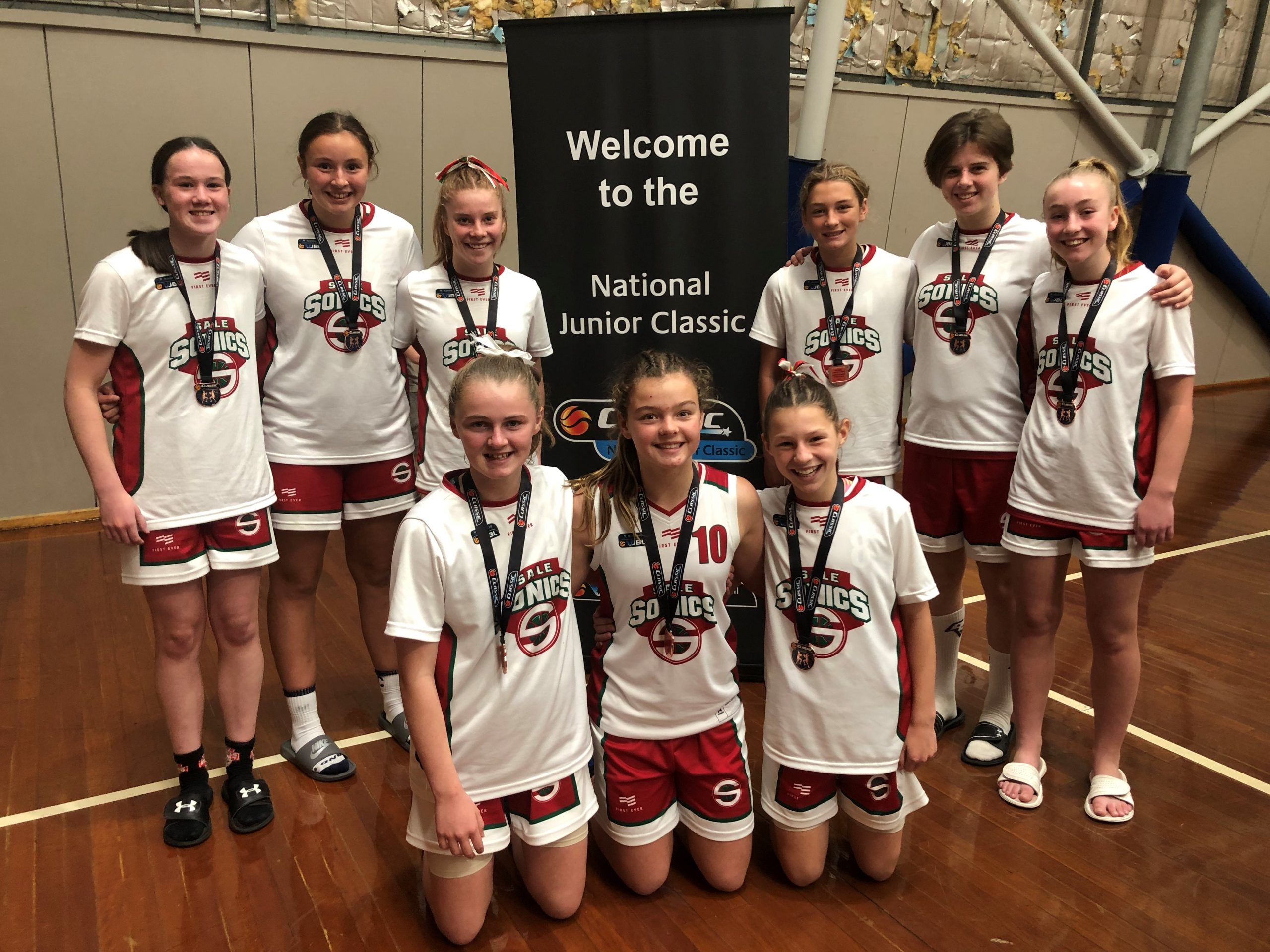 THE Sale Sonics under 14 girls’ basketball team won the bronze medal at the National Junior Classic in Melbourne.

In a big weekend for local basketball, the Maffra Eagles finished in eighth place in the under 16 boys’ competition.

The National Junior Classic is the most prestigious junior basketball tournament in the country, played between the top 16 teams across Australia and New Zealand for each age group.

The Sonics came up against the top seeded Melbourne Tigers, going down by a gallant eight points in a high standard display. This knocked Sale out of the gold medal contention. Melbourne Tigers went on to win the grand final.

The Sale girls played an impressive finals series and went on to win the bronze medal match against Forestville (SA). After losing its opening match against Geelong, Maffra defeated Knox and Norwood (SA) to finished second in its group, placing the Eagles in the championship play-offs.

The Eagles were knocked out of the race for the medals after losing to Eltham 88-71 in the quarter-finals.

Losses to Bendigo and Geelong confirmed the Eagles’ eighth-placed finish.