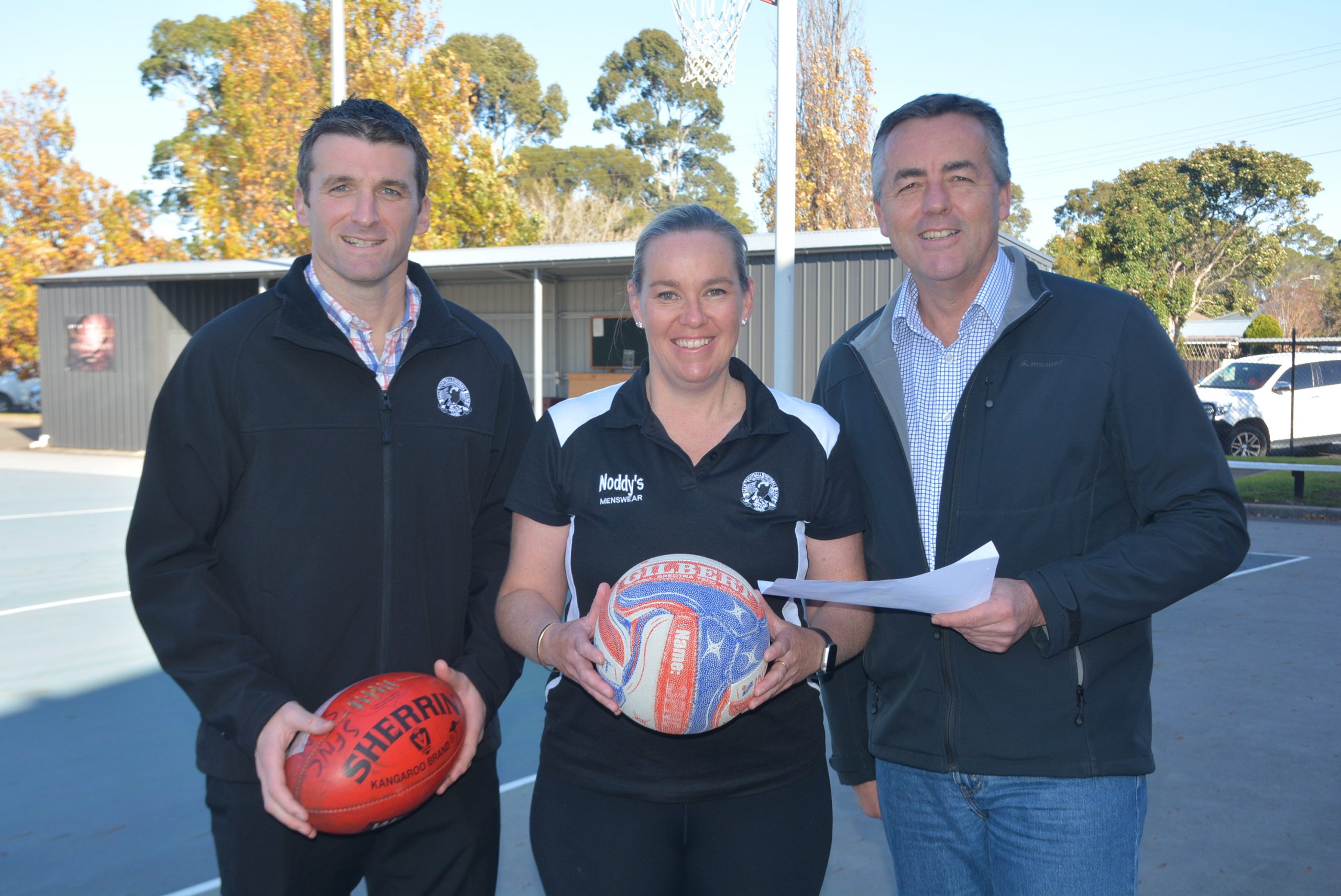 SALE Football-Netball Club had even more reason to celebrate recently, when plans were officially unveiled to upgrade the club’s severely outdated and primitive change room facilities.

With the senior football team currently on top of the Gippsland League ladder, and all junior netball sides sitting inside the top three, the announcement was further good news for all involved at the Magpies.

The overhaul will see the existing change rooms underneath the grandstand renovated and change facilities at the netball precinct also upgraded.

Senior coach Shane Fyfe said it was the first time he could remember facilities at the club would receive a significant upgrade.

“Our current change rooms for both football and netball are really outdated, I’ve been here nearly 20 years and nothing has really changed,” he said.

“We haven’t moved with the times, from a football side, pregame warm-ups take place in a little box which just isn’t right.”

The new football change rooms will also be built to accommodate female players, in what is becoming an increasingly necessary initiative in the modern landscape.

“We want to provide an inclusive and safe environment for males and females and on the football side of things a lot of clubs across the Gippsland League have done that which is fantastic,” Fyfe said.

“The upgrade is going to benefit the players, coaches and the whole Sale community.

“At the moment it is borderline embarrassing [the facilities] and I could imagine if I was in the away rooms as a team coming here I’d look around and think it was fairly outdated.”

Junior netballer Ruby Dillon said her teammates were also looking forward to enjoying the new facility once it was completed.

“This opportunity will be great for our club because we really need it,” she said.

“At the moment we have to get changed in a shed which we use as an office as well so it’s really hard to do both things at the same time.”

The club will receive $880,000 from the federal government to complete the project, fulfilling an election commitment. Gippsland MHR Darren Chester said not much had changed since his time at the club.

“I played my junior football at Sale and I’ve got to say the change rooms are exactly as I remember them, which is really disappointing so it’s about time they got a facelift,” he said.

“Only a few years ago we still had our netballers getting changed in the car, so we’ve come a long way, but decent change rooms, toilets and showers will definitely encourage more players to get involved in active sport in Sale.

“It’s been a long time since a decent amount of money has been spent on the off-field facilities at Sale Football-Netball Club, so whilst it’s a great football ground, the actual change room facilities have been underinvested and I think it’s important that we get this money flowing as quickly as we possibly can.”

Works at Sale Oval are scheduled to begin in October, where it is hoped they will not cause too much disruption to the cricket season.