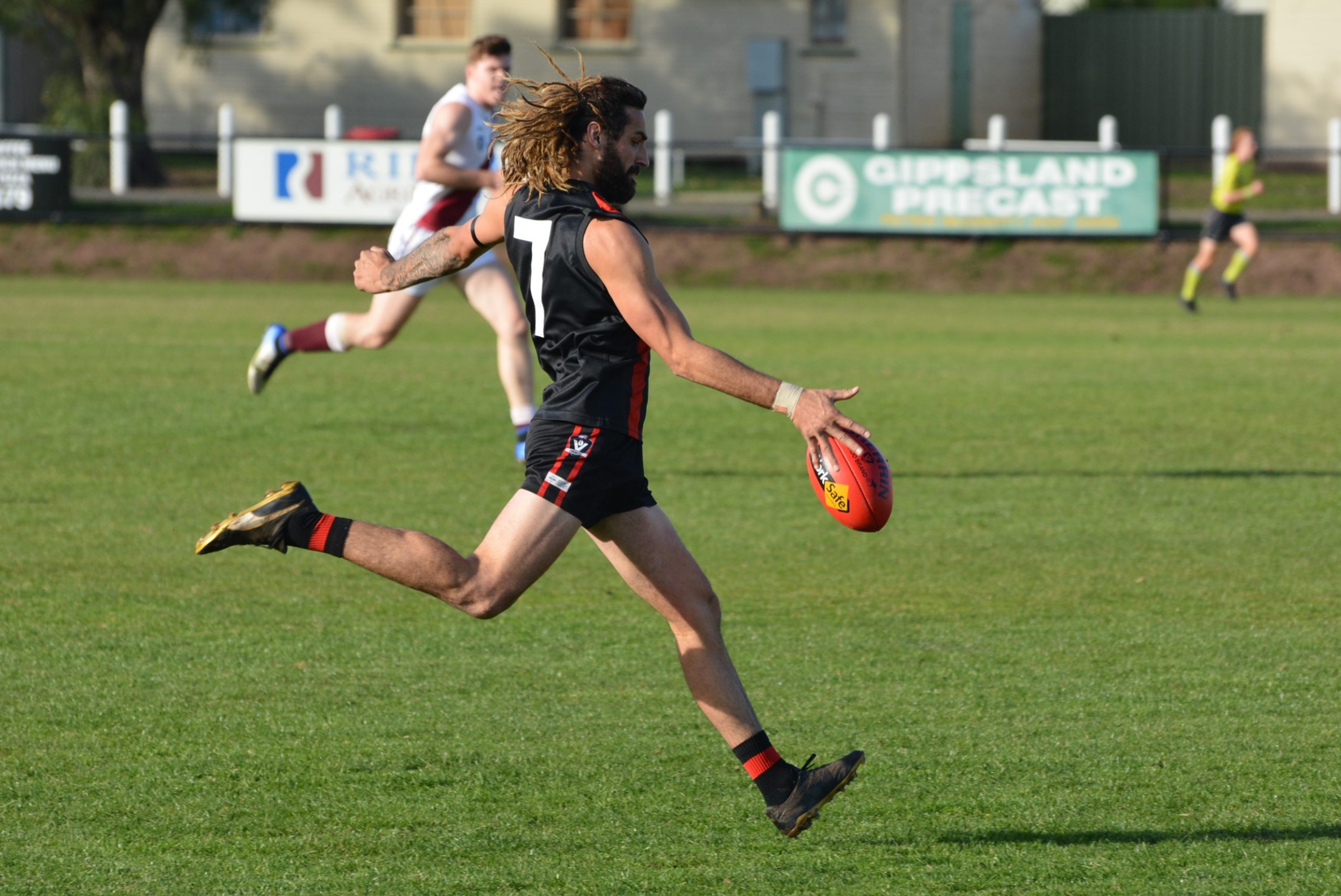 MAFFRA kicked eight goals to one in the final term to overcome Traralgon by 25 points.

Trailing by 17 points at three-quarter-time, the sluggish Eagles lifted to win 13.7 (85) to 8.12 (60) and remain in second spot on the Gippsland League football ladder.

Traralgon was the better of the two sides for three quarters, and should have killed off the contest during the third term, but the Maroons didn’t make the most of their multiple forward entries, managing just six behinds. The Eagles were reduced to just one point for the term.

The Maroons began the quarter with two behinds, before the Eagles kicked the next five goals to claim a 13-point lead. Mitch Bennett and Jack Johnstone each kicked two of those, with one from John Butcher.

A Cameron Whiteoak major cut the margin back to seven points, but Butcher kicked two quick goals before Johnstone booted the sealer.

Bennett finished the match with four goals, Butcher and Johnstone three each.

Earlier, the Maroons outran the Eagles, who were also plagued by mistakes.

Just as it looked liked Maffra was getting more of the ball, Riley Lopreses booted a goal for the Maroons.

Two goals from Bennett cut the deficit to seven points at quarter-time.

The Eagles looked to be in the ascendency when Bedggood kicked a goal in the opening minutes of the second term, reducing the margin to one point, but the Maroons kicked the next three goals.

Tom Jolly’s high kick to the forward line was marked by Andrew Petrou, who kicked a goal on the half-time siren, with the Maroons leading by 12 points.

The Eagles had chances to kick goals early in the third quarter, but the term belonged to the Maroons. While the Eagles were solid in defence, the Maroons’ kicking in front of the sticks kept the home team in the game, something which they paid the price for in the final quarter.

While he kicked two goals, Petrou was outstanding in the forward line, setting up play.

Kieran Jones had the better of the ruck contests when the Eagles had a sniff of victory, with Danny Butcher and Alex Carr using the ball well in the midfield.

Kade Renooy and Winston Gieschen stood up in defence when required.