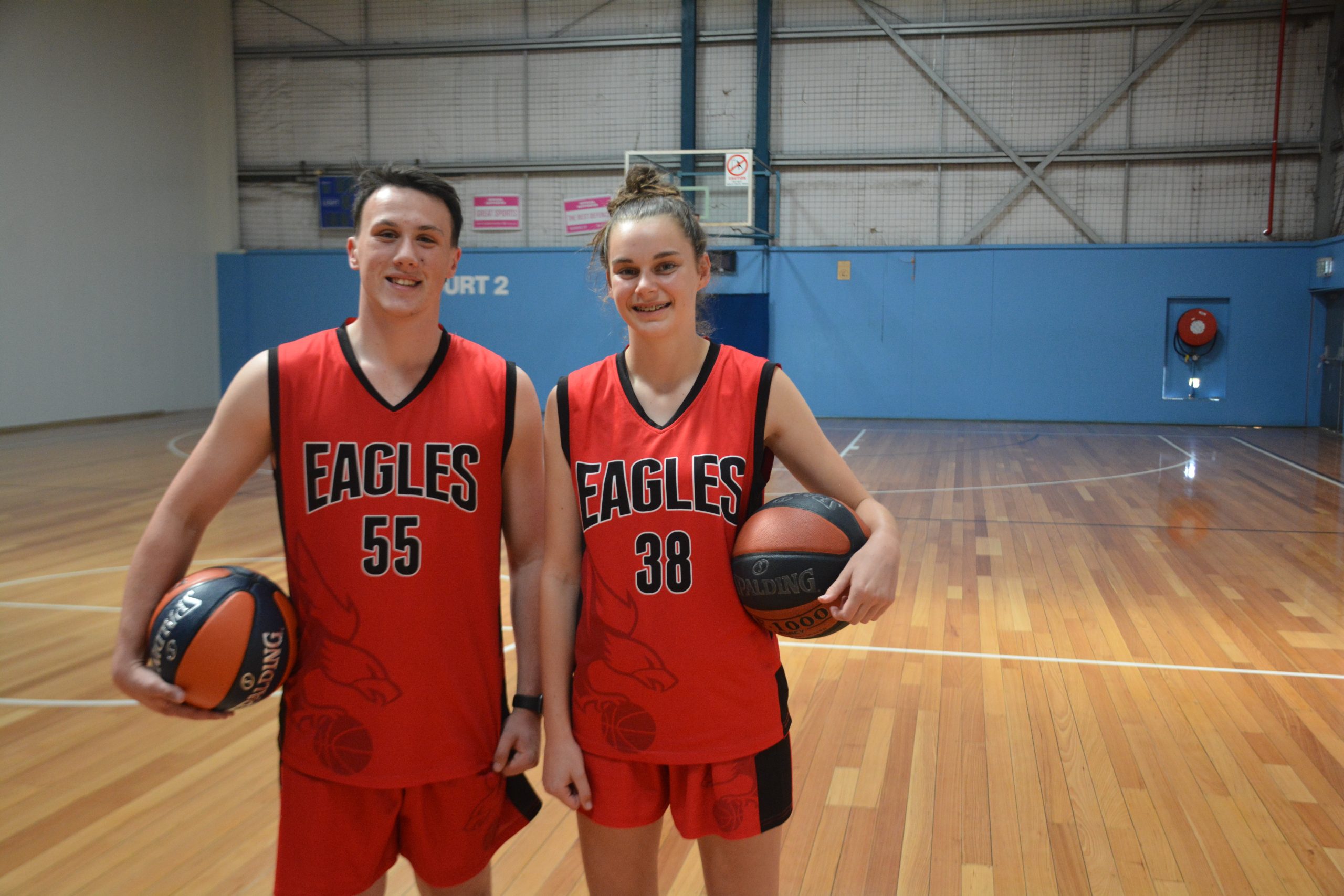 Hrehoresen will travel to Ballarat next month to play in the Australian Under 18s Championships, and Gallatly will make the big trip to Warwick Stadium in Perth this July for the national under 16s titles.

The pair were hand-picked from a pool of every junior country Victoria basketball player to be in the top 10 of their respective age groups.

Beale also made the Victoria Country under 16 boys’ emergency list as a bottom-ager, meaning he joins regional Victoria’s top 17 basketballers of the age group and gender.

Since the selection process began in September last year, the junior basketballers have been training twice a week, as well as participating in selection camps held all around the state.

Hrehoresen and Gallatly are living proof a town with a population of 4300 can compete with some of the state’s basketball heavyweights, like Bendigo, Shepparton and Southern Peninsula.

Last year, Gallatly made the list as an emergency, but is excited now as a top-ager to prove her worth on the court in Perth.

Gallatly has been to Perth once before in 2012, to watch her brother Blake in his nationals’ campaign in Vic Country’s under 18s side, but this year, it’s her turn to shine.

She stood out during the selection process, and after being selected in the top 30 combine squad, she was notified of her selection earlier this month after some practice matches.

“We got put into three teams of 10, and we played two games against Vic Metro, and they told us that night afterwards,” she said.

“I’ve improved a bit more … I didn’t have expectations last year because I was bottom age.”

Gallatly will now hit the road most weekends, as Victoria Country training will take place all over the state.

“In our team, we’ve got people from Ballarat, Wodonga, Shepparton … some trainings we’ll have practice matches, so the trainings will go all day,” she said.

After making the under 16s side last year, Hrehoresen is ready to take another run at a national championship – this time, as his team’s only bottom-ager.

When asked if he thinks if he’ll adapt well to the step up to the under 18s, Hrehoresen suspects he’ll do “alright”.

“There are bigger bodies, and it’s a lot faster,” he said.

“I’m the only bottom age, so I don’t really have many expectations, I’ll just see how I go – we’ve got some pretty good players.

“I was pretty excited, the coach actually called us, and when he told me I was in, I was in disbelief.”

The team has trained every Sunday since the start of February in preparation for the tournament.

“Most of our trainings are in Melbourne, but I think we have a training in Ballarat the week before,” Hrehoresen said.

Technically, Ballarat is a home-town tournament for Victoria Country, even though it’s still a four-hour drive for Hrehoresen.

MBA president Yvonne Higgins said they thought last year’s effort, when Hrehoresen and Coby Burgiel made the under 16s boys and Gallatly made the emergency list, was unbelievable for a small town.

“And now to have another two, from less than 500 kids, we’re just over the moon,” she said.

“They’re always there if we need help with the little ones, they’ll stick their hands up.

“I know the work these kids put in, they’re probably down the Valley three nights training, so it hasn’t come to them easy, and they’ve worked their butts off for this.

“They’ve both got big schedules on, they play in Melbourne on Friday nights – it’s a lot to do with their parents, they’re dedicated, they’ve got to be.”

She credited the work of head coaches Leanne Gallatly and Kaleb Sclater for the club’s success across the state.

“Two great people in charge of our kids, and all of our squad coaches that put all their time and effort into the club,” she said.

“Being a small club, we don’t get recognised, and now, people are going, where’s Maffra?

“It’s something to be proud of.”

“This is a very prestigious team announcement and for Ryan to be selected, even as an emergency, is a massive achievement and something we as his home club are very proud of,” she said.

“Ryan has put many hours and many kilometres into training and development and this is a great reward.

“With some more hard work we hope to see him wearing the navy and white state uniform in coming years.”

“The girls have benefited greatly from the experience and we hope they’ll be right back up there again next year,” Johnston said.