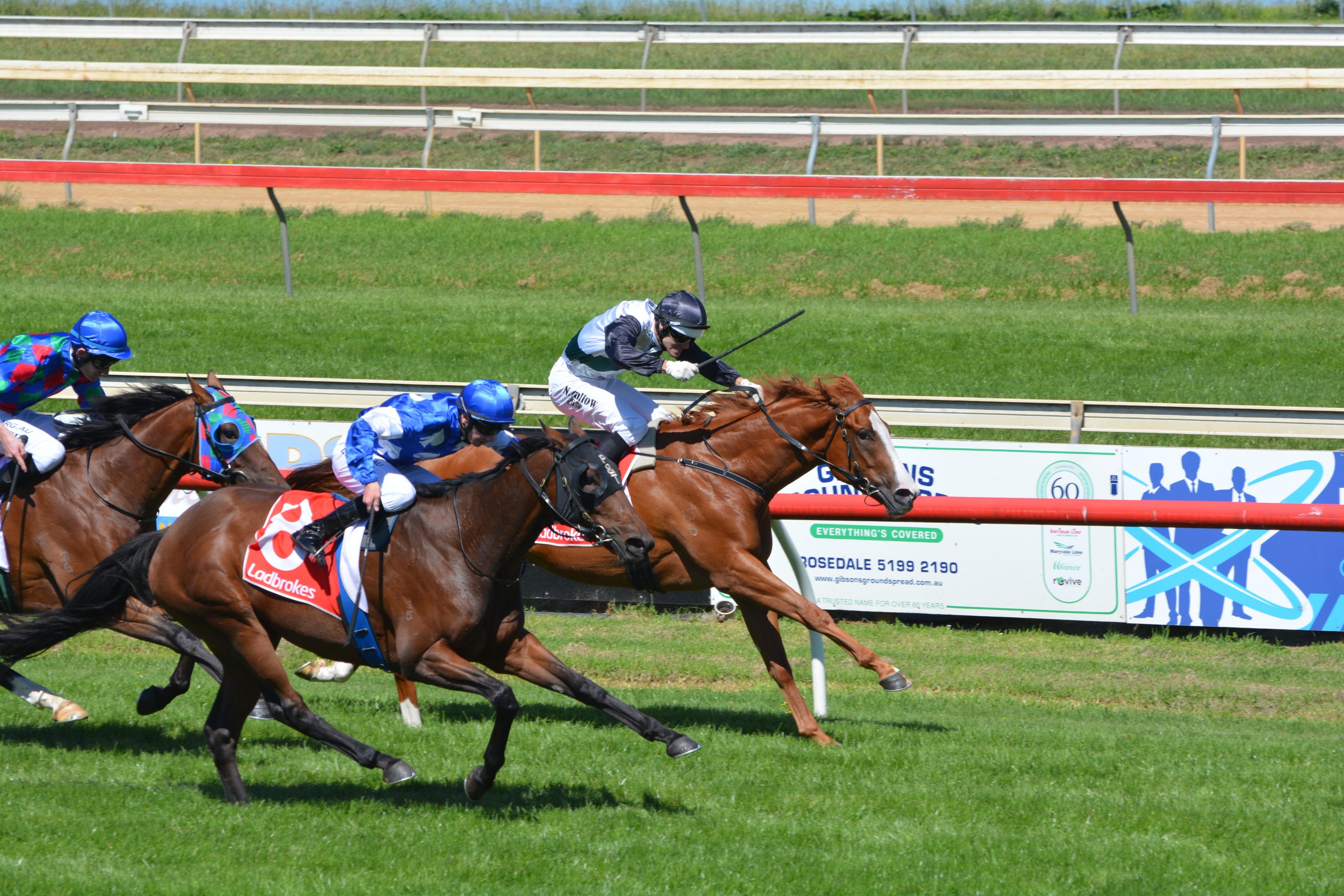 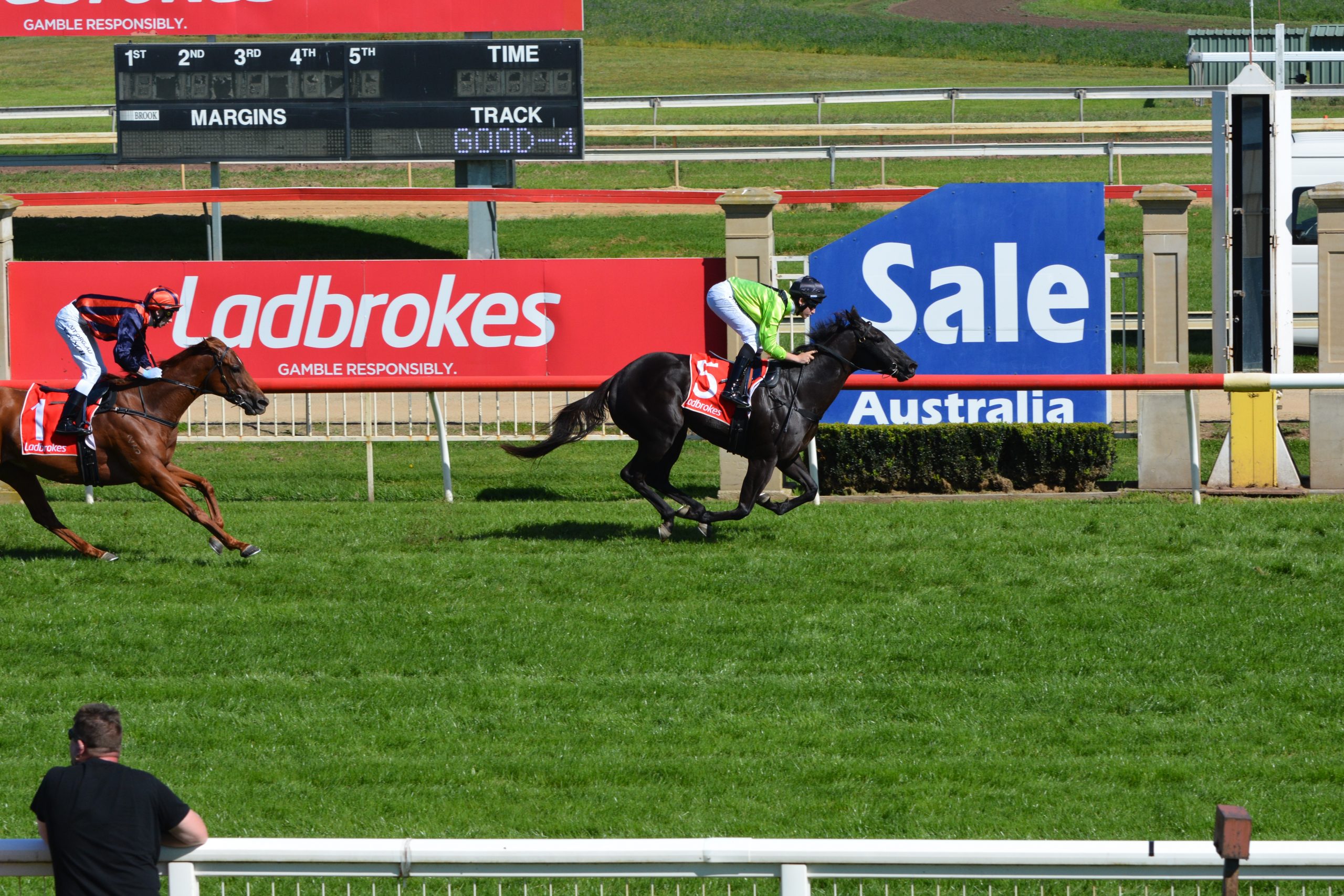 The Sale Turf Club had scheduled its Community Clubs Raceday, but events have been postponed because of the coronavirus outbreak.

With the small crowd expected before restrictions on gatherings of more than 500 people were enforced on Monday, admission to the track was free for spectators.

The restrictions on crowd numbers could affect the next scheduled raceday at Greenwattle Racecourse, the Maffra Cup meeting on Sunday, March 29.

The four-year-old mare found space in the straight to win by three-quarters of a length from Vision Red from the Hayes-Dabernig stable.

Four horses were vying for the win heading into the straight, with the three-year-old filly kicking away to win by nearly four lengths from Fast Foils, trained at Sale by Wayne Walters and ridden by Kim Walters.

Mr Ballistic timed his run well, winning by a neck from Konkalikon, trained by Greg Eurell at Cranbourne and ridden by Noel Callow.

After returning from a 20-week spell, the four-year-old gelding has three wins from four starts.

Sierra Sue made it two wins from her only two starts in race seven, the benchmark 64 handicap (1400m).

The three-year-old filly, trained by Trent Busuttin and Natalie Young at Cranbourne and ridden by Zac Spain, made the most of her inside run, and would have won by two lengths if she wasn’t eased off heading to the post.

Race one, the three-year-old fillies maiden plate (1100m) was won by Jenni Sox Rox, trained by Matt Laurie at Mornington and ridden by Ben Thompson.

Jenni Sox Rox went straight to the front from the gates and held on to win by three-quarters of a length from Special Treats, trained by Mark Webb.

The day’s highest priced winner was in race three, the 1400m maiden plate, with the tote paying out $20.80 for One Little Kiss’s victory.

Trained by Cindy Alderson at Cranbourne and ridden by Brian Higgins, the three-year-old filly was coming off a 22-week spell.

High Done, trained by the Templetons at Moe and ridden by Clayton Douglas, made a move heading into the straight, but One Little Kiss made her way around the four-year-old gelding and passed him in the shadows of the post.

Mockery, trained by John McArdle at Mornington and ridden by Matt Cartwright, led all the way to win race five, the fillies and mares benchmark 64 handicap (1000m).

The three-year-old filly finished solidly to win by two lengths from favourite Stravain, trained by Robbie Griffiths at Cranbourne.

Race eight, the benchmark 58 handicap (1200m) was won by Pierro Belle, trained by Smiley Chan at Cranbourne and ridden by Douglas.

The four-year-old mare finished impressively to win by two lengths from El Magnificence.

Before a second placing in a trial earlier this month, Pierro Belle had been spelled for 35 weeks.