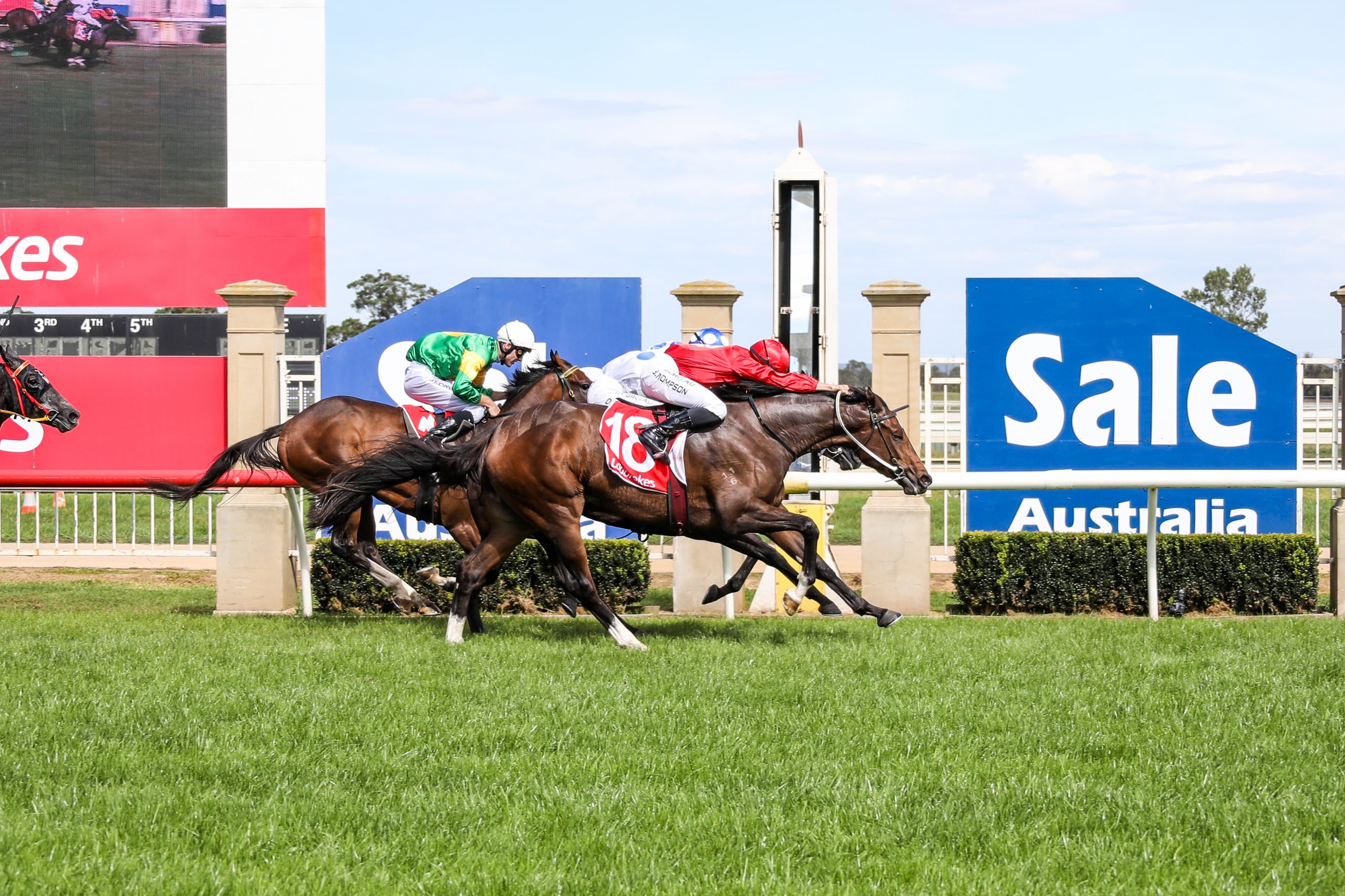 HONEY Esprit produced a commanding performance to win the Maffra Cup on Sunday.

The five-year-old mare, trained by Clinton McDonald at Caulfield, recovered from a disappointing showing at Geelong two weeks earlier to win the 1400 metre benchmark 70 handicap, earning the $27,500 winners’ purse.

Jockey Jake Noonan took Honey Esprit to second place on the back straight, remaining there around the bend, well-positioned to make a charge. She was never headed in the home straight, winning by a length from Bricktop, trained by John McArdle at Mornington and ridden by Ben Thompson, with Fast Plan, trained by Mitchell Freedman at Ballarat and ridden by Jaden Lloyd, third.

The track was “good four”, with rain falling late in the day.

American Flyer, trained by Leon and Troy Corstens at Flemington, won by a nose from Missallure, trained by Phillip Stokes at Pakenham and ridden by Damien Thornton.

The first two horses finished strongly, only reaching the front of the pack in the shadows of the post.

Punters who backed American Flyer were rewarded, with the tote paying out $24.40 for the three-year-old filly.

The three-year-old filly, trained by Danny O’Brien and coming off a second placing at Ballarat, finished ahead of Megamea, trained by Udyta Clarke, and Favourite Night Express for Henry Dwyer.

Merten rode the biggest paying winner of the day, in race four, the benchmark 58 handicap over 1717m.

The tote paid $28.90 for Florida Dream, trained by Luke Oliver at Cranbourne.

Mertens rode the four-year-old gelding from the rail to the outside of the field in the straight to win by just over a head from I Am Wanted, trained by Trevor Andrews at Cranbourne. Ambitious Gem, trained by Robbie Griffiths at Cranbourne, was third.

Tugga War, trained by Sharyn Trolove at Bundalaguah, led in the straight, but faded in to finish 10th.

With Mertens in the saddle, Taberna marked her first start since April 2019 with a win in race seven, the benchmark 58 handicap over 1400m.

Favourite Wahine Toa, trained by Maher and Eustace, won the first race of the day, the 2200m maiden plate.

The three-year-old filly, ridden by Jye McNeil, was three wide from the rail heading into the straight, but finished strongly to win by three-quarters of a length from the fast finishing stablemate Forliah.

Fast Foils, trained at Sale by Wayne Walters and ridden by Kate Walters, led into the straight, but fell off the pace to finish sixth..

A photo was needed to decide the winner of race two, the three-year-old maiden plate over 1100m.

Red Lion, trained by Allison Sheehan at Cranbourne and ridden by Beau Mertens, looked the winner, but Hot Reward, ridden by Brian Park of Michael Huglin at Pakenham, found a late burst of speed to win by a nose.

The three-year-old gelding was coming off a 19-week spell, with the tote paying $18.80 for the win.

In what became a two-horse matchrace in the final 400m, Shockingly defeated favourite Carrie, trained by Danny O’Brien.

It was the four-year-old gelding’s second win from his previous three starts.

The final race of the day, the benchmark 64 handicap over 1100m, was won by Sagarra. Ridden by Campbell Rawiller for Griffiths, the five-year-old gelding took the lead on the bend, and kicked away to win by three and a half lengths.

The next scheduled raceday at Greenwattle is on Tuesday, April 14.