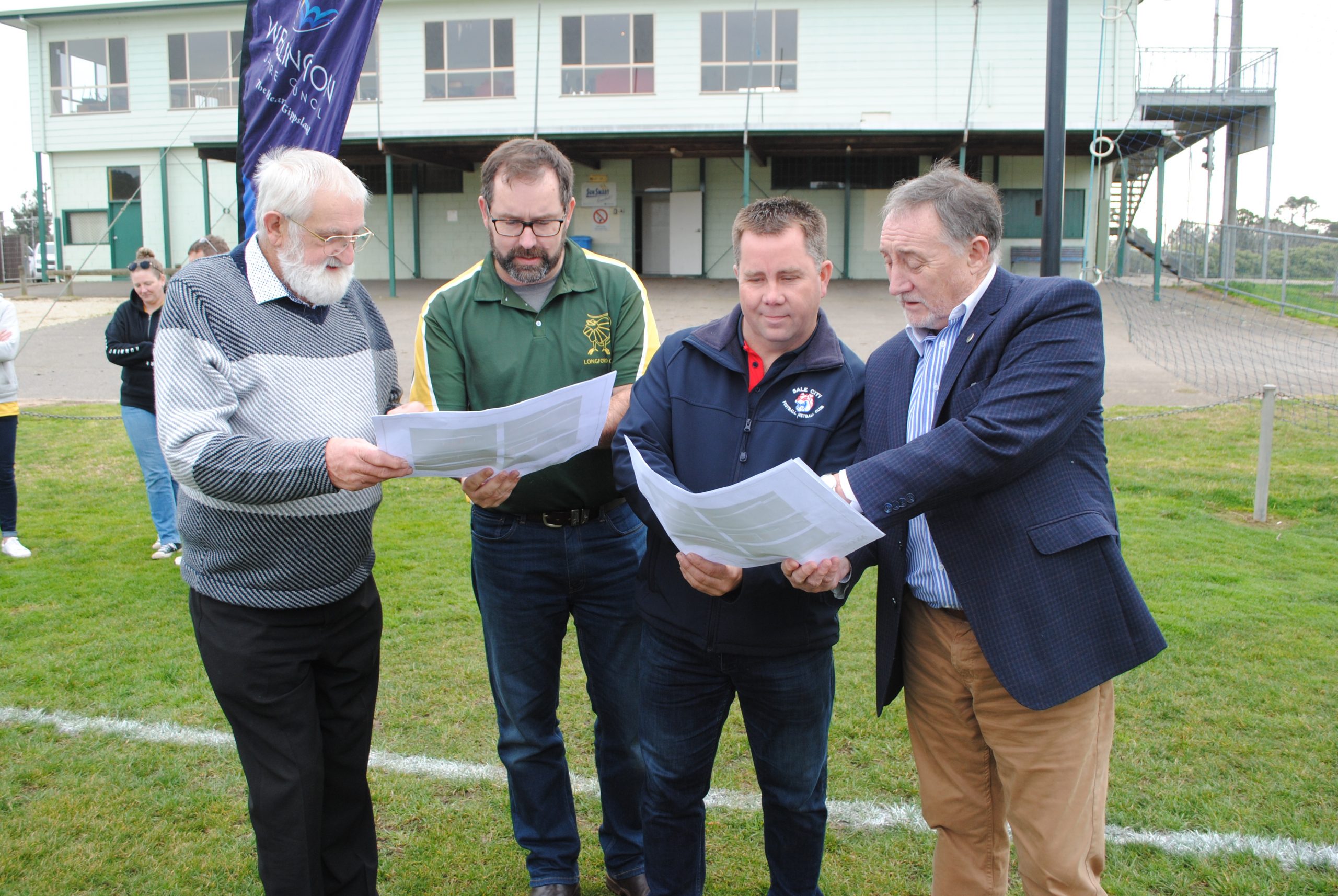 STEPHENSON Park, Sale, user groups will meet with Wellington Shire Council via Skype later this month to discuss ongoing plans for redevelopment works at the facility.

A $1.64 million redevelopment of facilities at Stephenson Park was announced last August, however, in January it was revealed the estimated cost proved higher than expected.

Players entering the current football change rooms at Stephenson Park are immediately taken aback by the lack of space, with barely enough room for a proper warm up to be conducted.

A small part of the project has been completed, after an electronic scoreboard was erected in February, made possible through $25,000 contributed by council and the John Leslie Foundation.

The scoreboard can be easily transferred from football to cricket and other sports provided the relevant programs have been installed.

While it is unclear if additional funds have been put forward, user groups should know more by the time they meet with council on Wednesday, May 27.

During that meeting it is believed each user group will nominate one person to be on a planning subcommittee.

The Stephenson Park Advisory Group is progressing with the additional upgrades under the leadership of council.

Not surprisingly, the advent of COVID-19 has pushed the project at least one place down the queue, however, Sale and District Touch Football Association president Laurie Smyth said there was no feeling of impatience from user groups.

“I think everyone realises what’s going on and everyone’s quite acceptable to the fact,” he said.

With a tentative completion date of 2021, Smyth said all were looking forward to enjoying the benefits of a new facility, and praised the work of council in their communication with user groups in the interim.

“We will definitely make use of it for the big tournament that we have in April,” he said.

“It will be a real bonus for us to have that tournament with good facilities for both male and female change rooms, that’s a really big plus for it, not only for touch, but for all user groups.

“They’re doing a great job from a council perspective and they’re keeping everyone informed which is equally as important as the project itself.”

It is expected the completed one-story facility, stretching from the location of the current two-story complex toward the Longford Cricket Club nets.

The nets and adjoining Sale City Football-Netball Club netball courts were constructed in the past few years, to accommodate the need for high volumes of foot traffic using the park.

While sporting activity is halted for the time being, Stephenson Park is one of Sale’s most frequented recreational facilities.

As well as Longford Cricket Club, Sale City FNC and touch football, the complex is also home to the Sale Baseball Club, and was also the venue for the Lemonade Music Festival earlier this year.