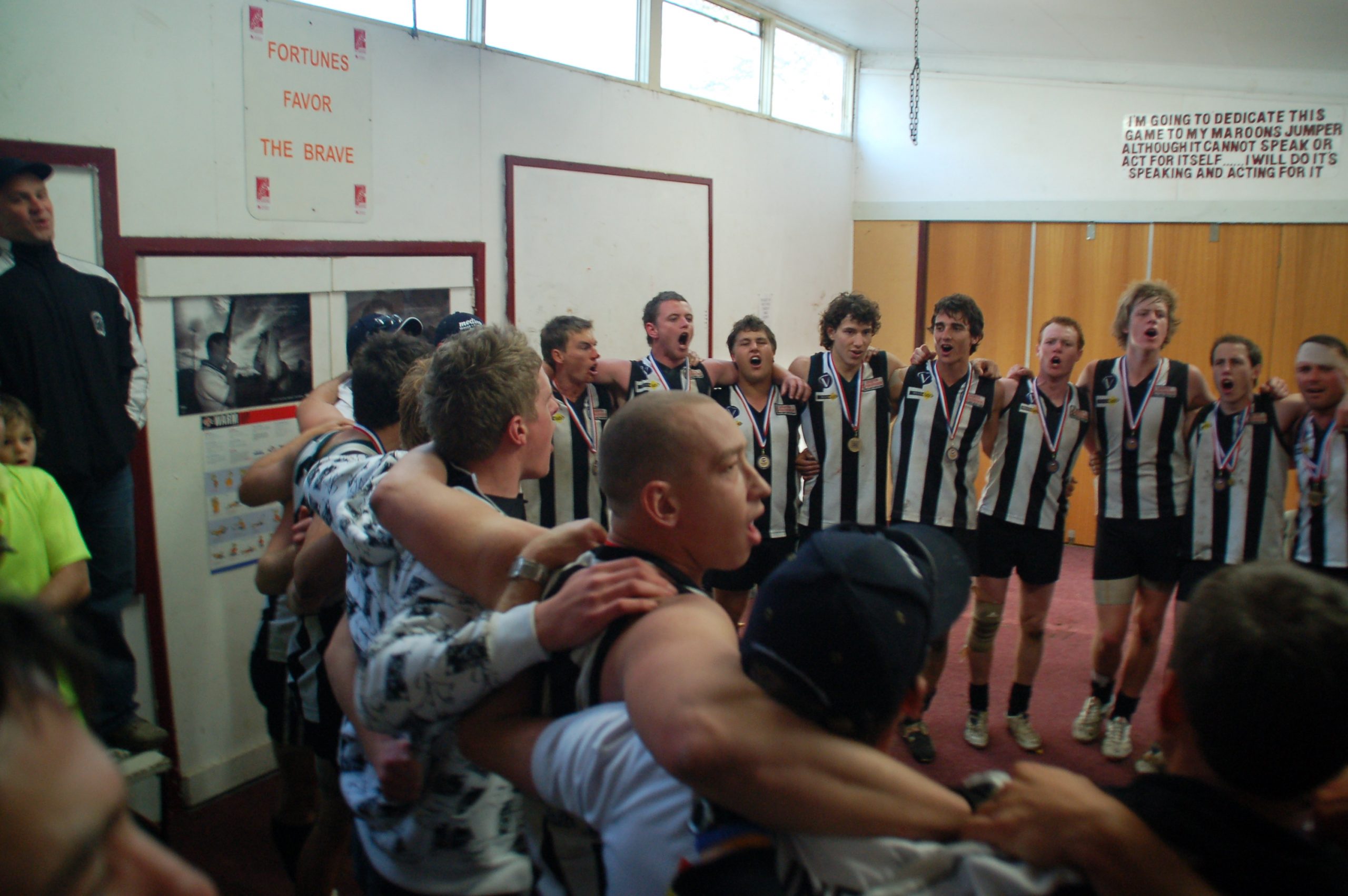 As the victors enter their changing room, a minute or so is dedicated to belting out a tune informing all within earshot who the winning team was on that particular day. It is a tradition almost as old as the game itself.

As clubs returned to formal training this week, Sale Football-Netball Club players would have been eagerly eyeing off the chance to link arms once more to sing their song.

Remarkably, given the Magpies’ decorated history as one of the oldest sporting clubs in Gippsland, the exact origins of a club song are unknown.

The change rooms beneath the Cliff Gamlin Stand have been home to many Sale victories since it was opened in 1972, with the Magpies’ tune belted out on numerous occasions.

Sale has built a fortress on its turf, which has become more like a house of pain for Moe, which has not won there since 2002.

The Sale song is virtually the same as the Melbourne song in the AFL, with appropriate adjustments made, and has been sung for as long as most living past players can remember.

To the uninhibited, the sight of Magpie jumpers singing the Demons song may be off putting, but there may be one plausible explanation to how it came about.

Legendary Sale player and administrator Joe Loughnan could well be the man responsible for introducing the Magpies’ song. Having played in Sale’s 1924 premiership team, Loughnan moved to the city to try out with a VFL club – Melbourne.

Loughnan returned to Sale a short time later and more than likely brought the Demons’ song with him.

The Melbourne theme song is based on the patriotic American marching song A Grand Old Flag, written by George M Cohan.

The song is one of the oldest in the AFL.

Melbourne historian Lynda Carroll said it was first sung on a trip to Hobart in 1912, years after the huge popularity of Cohan’s song in the United States.

The original lyrics to A Grand Old Flag go:

And forever in peace may you wave.

You’re the emblem of,

The land I love,

The home of the free and the brave.

Under red, white and blue,

Where there’s never a boast or brag.

But should old acquaintance be forgot,

Keep your eye on the grand old flag.

The phrase ‘should old acquaintance be forgot’ is taken from a poem written by Robert Burns in 1788 for the famous song Auld Lang Syne, traditionally sung to bid farewell to the end of the year on the stroke of midnight on New Year’s Eve.

It’s the emblem for you and for me

It’s the emblem of the team we love,

The team of the black and the white.

Every heart beats right for the black and the white,

And I’ll sing this song to you.

Should old acquaintance be forgot,

Keep your eye on the black and the white