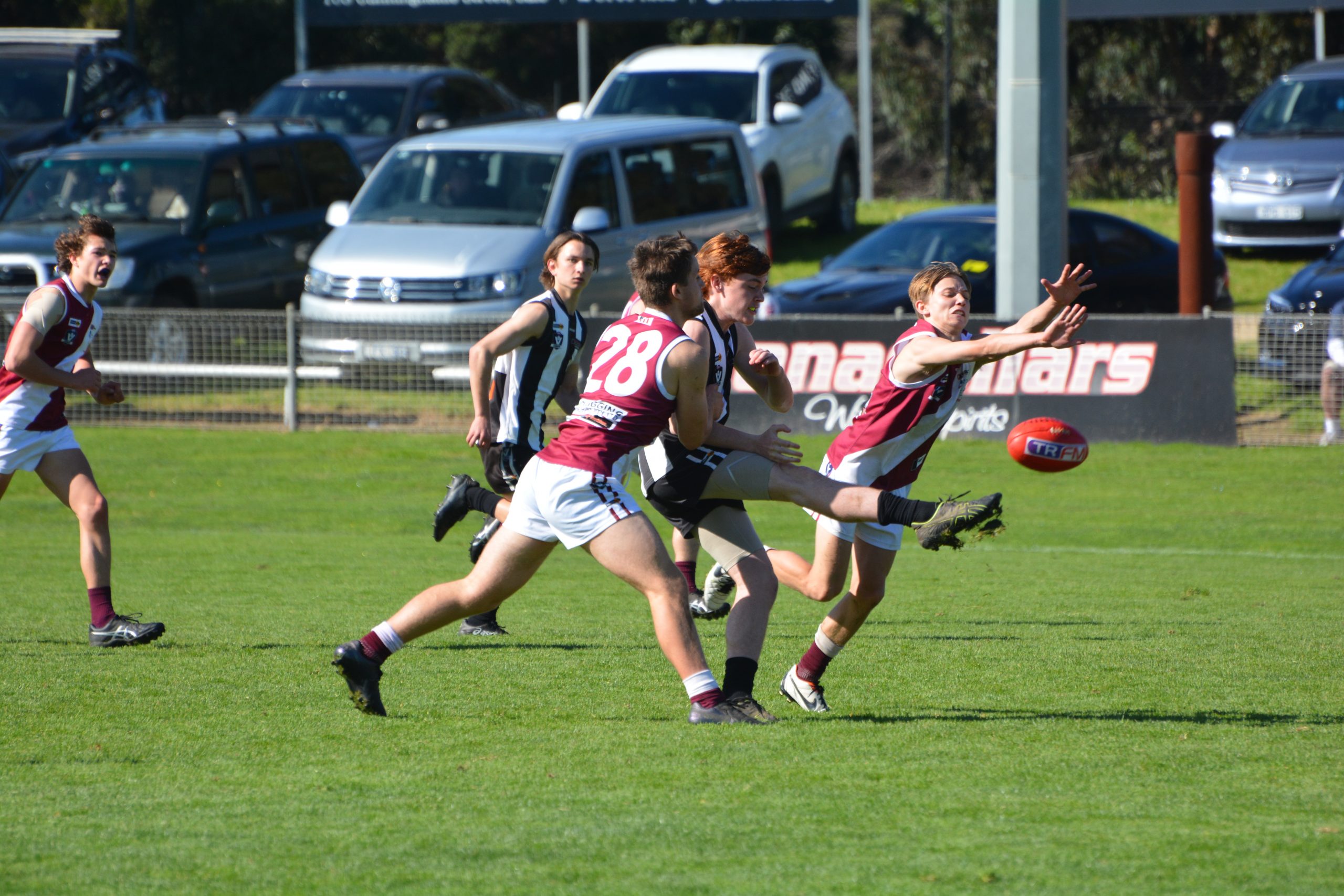 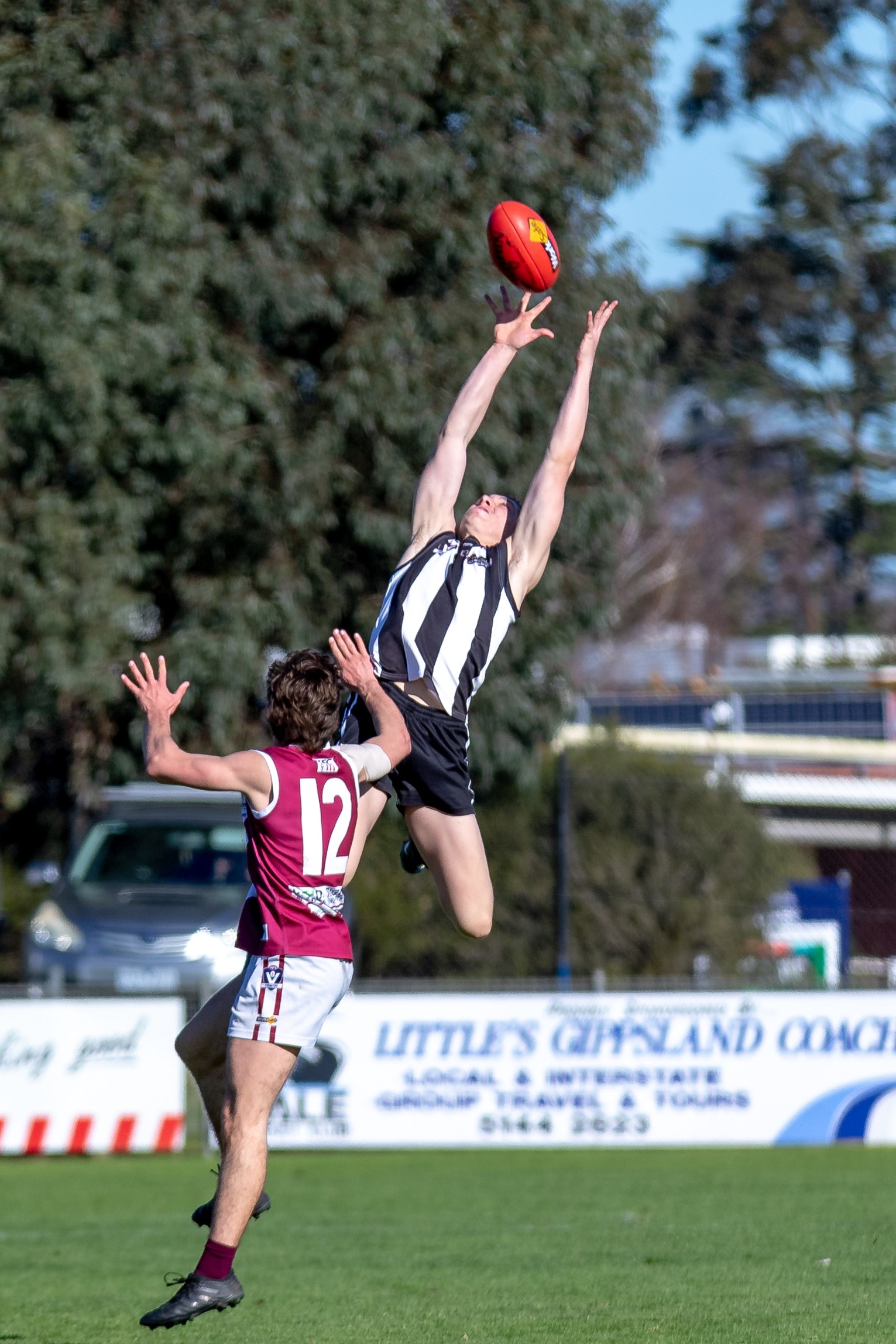 THE Gippsland League came to a grinding halt at the weekend after just three rounds.

With the coronavirus crisis worsening in Melbourne, the state government’s announcement to enter a state of disaster from Sunday night until early September virtually eliminated any hope of sporting competitions going ahead in the foreseeable future.

Although brief, players, parents and coaches would have no doubt enjoyed the opportunity to get back out on the field and court in the past few weeks.

On Saturday, Sale played host to Traralgon in ideal conditions.

On the netball court, the under 13s began well and were level at quarter-time, before the Maroons broke away after the first change.

The under 15s played a pulsating match which saw momentum ebb and flow throughout.

Just one goal separated the teams at each break, but Sale steadied late to win a thriller by three goals, 26-23.

The Magpies’ victory meant they were one of only two teams to remain unbeaten after three rounds in the under 15s.

In the under 17s, Sale put in a comprehensive performance, winning easily 44-12.

Sale also rounded off the first three rounds without a loss in the under 17s, with two wins and a draw.

On the football field, Sale was challenged by a slick Traralgon team, which did not allow the Magpies into the game at any stage.

The Sale under 18s maintained their unbeaten season, but were made to work hard for the points against the Maroons.

A fast start by Traralgon saw the visitors kick six goals to three in the opening term, before the Magpies hit back with five goals of their own in the second.

Sale coach Sam Anstee said it was pleasing to see the players respond after quarter-time.

“It was a real team effort in the end,” he said. “They were a bit unlucky in the first quarter.

Traralgon seemed to score a goal pretty much from every entry and they kicked a goal on the siren.

“The boys lifted their intensity around the contest which was really good and we just had to adjust slightly to the way they were trying to play, and once we did that and kept up the pressure and intensity and started to use the ball through the corridor a bit more we gradually just ground them down.”

With the season suspended, Anstee conceded there was little chance of a return to play.

“I can’t see it potentially getting back up again, but who knows?” he said.

“It’s disappointing to get to this stage but there’s nothing we could do personally, as a group or collectively to change that, so as soon as the stage three restrictions came in it was out of our hands.

“The boys were tuning in and we’ve got a group chat and they were all devastated with the news.

“It is what it is unfortunately, and that’s the mentality you have to take.

“For the club, the players and the coaches they have always known it’s a week-by-week situation.”

Despite the season only lasting three games, Anstee said the players would meet to debrief and touch base.

“We’ll get together and thank them for their efforts on what’s been an incredibly different and frustrating season, but I suppose the positive is we got to get three games in so it’s better than nothing,” he said.

“The players thoroughly enjoyed it and I think it’s important they have a connection to community football because at the end of the day we want kids playing football for Sale.

“We’ve got quite a talented group we think, so hopefully they can continue on with their football next year whether that be at senior level, reserves or under 18s.

“The whole point of under 18 football is to develop kids to be senior capable players, hopefully with the small block of games we got and the help of the committee and the senior players and senior coach Chris Laverty, they can see that Sale is in a really good spot at the moment.”

The Magpies and Wonthaggi were the only two unbeaten teams after three rounds.