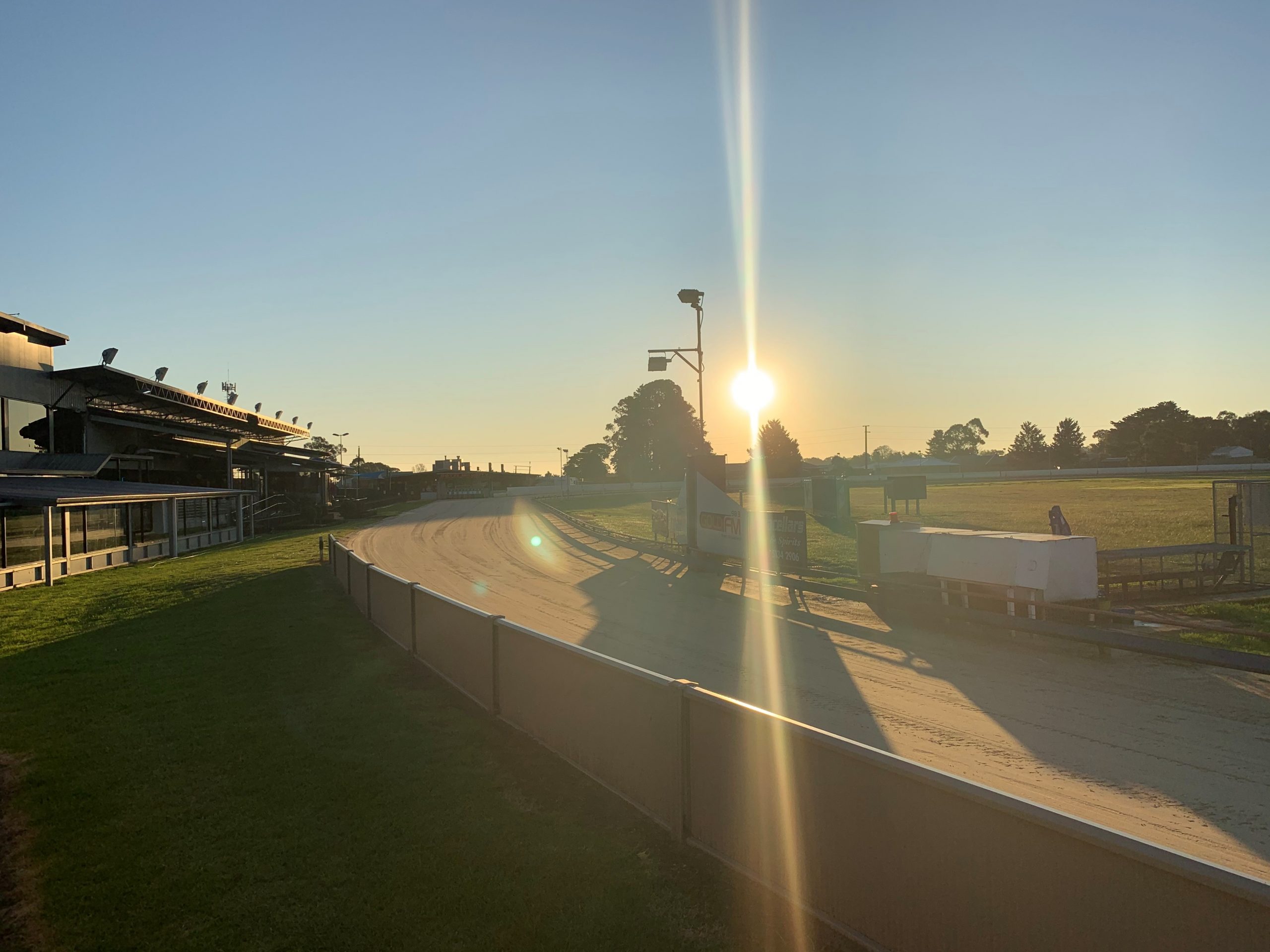 Thompson’s Aussie Secret won the final of the 440 metres series restricted to dogs with three to six wins.

Thompson made a bright start to the meeting, with Aston Odyssey (25.17s) winning the opening 440m maiden ahead of Ha Ha Magoo, trained by Des Douch at Maffra.

In the third and final heat of the 440m mixed grade six and seven series, Equaliser won for Jason Thompson in 24.61s.

The first heat was won by short-priced favourite Omega Cimarron (25.22s), trained by Barry Harper at Seaspray, more than seven seconds ahead of Formidable, trained at Briagolong by Matt Clark.

Too Be Sure, trained by Chris Johannsen at Devon Meadows, won the second heat in 25.27s, with Portelli Punk, trained by Ray Floyd at Cobains, finishing second.

The final will be raced during the next Sale meeting on Sunday.

Neymar Junior (29.82s), trained by Jason Sharp at Avalon, produced a big finish to win race four, a 520m event restricted to dogs with one to three wins, pipping Barrabooka, trained by Douch, as the post.

Douch’s Citadale extended the unbeaten start to his career to four races by claiming race five, the 440m grade five, in 25.17s.

Count Me In, trained by Peter Kelly at Longwarry North, finished second, ahead of Nowhere Nathe, trained by Tyllah Cornell at Seaspray.

Race eight, the 520m mixed grade four and five, was won by Ballymac Vicar (29.37s), trained by Des McPhie at Kilmany, with Airly Pablo second for Lesley Russell at Sale.

Race 12, another 440m grade five, was won by Run Hide (25.46s) for Jessica Sharp at Avalon. In second place was early leader Castle Sween, trained by Gary McMillan at Nambrok, with Airly Spence third for Kym Russell at Sale.

ON Friday night at Sale, Got The Torque (24.88s) was an impressive winner of race two, the 440m grade seven, for Tinamba trainer Robert Bean.

In second place was On The Duck, trained by Kate Gorman at Tanjil South, with American Spy third for Rachael Busuttil at Kilmany.

The highest price winner at the tote came in race four, a 440m event restricted to dogs with one to three wins.

A $43.30 chance after coming into the race as a reserve, Somerton Osprey (25.36s) held on to win for Lindsay Fulford at Maffra.

Pine Gem, trained by Lesley Russell at Sale, led on the home turn, but went wide, opening the way for Somerton Osprey to take the lead in the straight.

Nicholas Rose, trained by Chignell, followed up a win at Warragul the previous Saturday with victory in race six, the 520m mixed grade four and five.

Courting, trained by Jennifer Gieschen at Valencia Creek, won race eight, the 520m grade five Damsels Dash, in 29.48s, 1.11 ahead of Fleck, trained by Gavin Burke at Alberton West. In third place was Eilish, trained by Des Douch at Maffra.

Bella Edition (29.85s), trained by Susan Northway at Heyfield, held off Financial Tarra, trained by Corey Fulford at Maffra, to win the final race of the night, a 520m grade five. Skittle finished third for Justin Booker at Kilmany.

The night began with Chunk Of Love, trained by Ben Joske at Jeeralang Junction, winning the 440m maiden in 25.06s, ahead of Ha Ha MacGyver, trained by Douch.