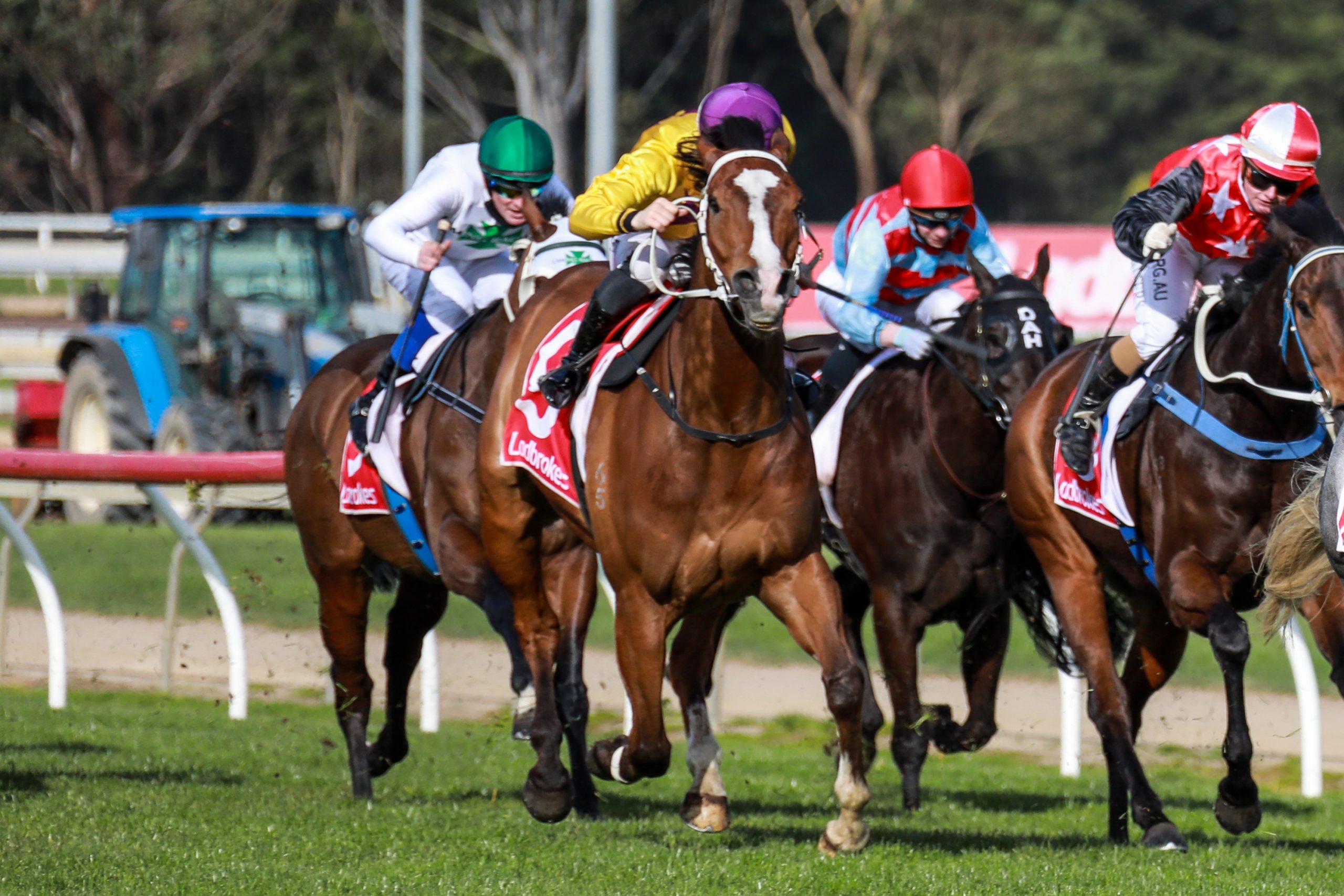 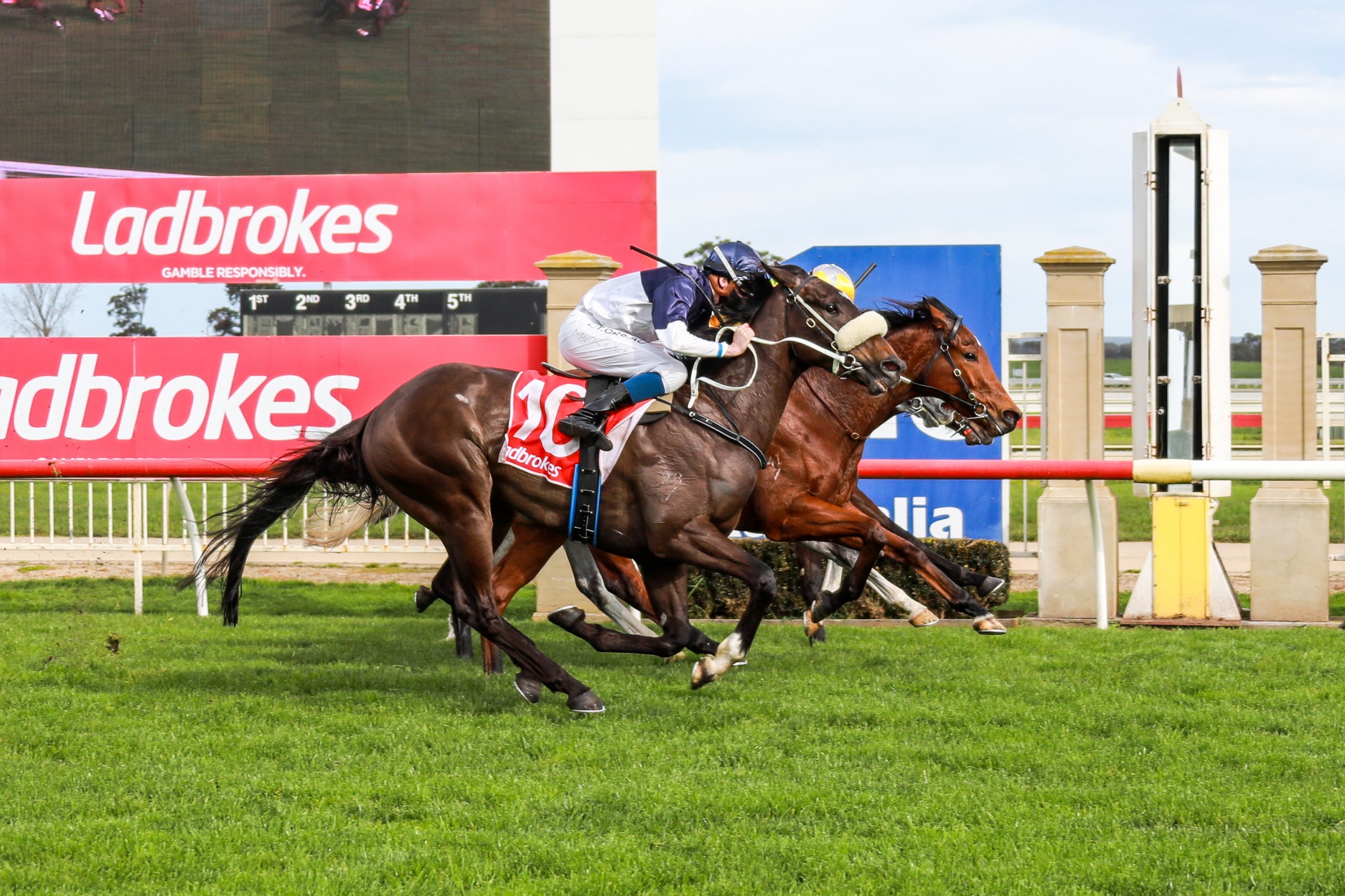 THE winner of a horse race in Sale on Sunday was disqualified after the jockey weighed in one kilogram below the prescribed amount.

Excelman was a clear winner in race six, the benchmark 64 handicap over 1400 metres, but when jockey Michael Walker returned to scale, he weighed 1kg below his 60kg limit for the race.

With only a 500 gram tolerance, stewards then disqualified the Richard Laming-trained $2.70 favourite.

After a lengthy inquiry following the final race in Sale, Walker was fined $2000.

Walker told broadcaster Racing.com a lead bag fell from his gear after being weighed before the race.

Lead is used by jockeys to help reach a weight prescribed for a horse to carry.

“I am definitely disappointed from the outcome more for the owners and Richard Laming, his whole stable and his team as the horse was ready to win today,” Walker said.

“‘I’ve done my job. It’s been made clear that I did weigh out with the lead bag.

“‘How it’s fallen off between the scales and going out, who’s to know? I am very disappointed but at the end of the day, the onus falls on the jockey.

The race was awarded to five-year-old gelding Extending, trained by Bruce Purcell at Cranbourne and ridden by Lewis German.

Unlimited Ability, trained at Sale by Wayne Walters and ridden by daughter Kate, was elevated to second place, with Millie the Missile third.

Cranbourne trainers Trent Busuttin and Natalie Young had two winners on the day.

Melba Storm, ridden by William Pike, won the race three maiden plate over 1200m by threequarters of a length, from Singing Sword. Big Flash led the field to the straight, but was overtaken, finishing third.

Sierra Sue completed the Busuttin-Young double in race eight, the benchmark 70 handicap over 1200m. Ridden by Walker and coming off a 17-week spell, the four-year-old mare won by half a length from Special Snap, with Gennady third.

The Greenwattle track was rated a “good four” for what was scheduled to be Sale Turf Club’s Ladies’ Day.

The race one 2200m maiden plate was named in honour of jockey Mikaela Claridge, who died a year ago during a trackwork accident at Cranbourne.

The race was won by Vuni, trained by Luke Oliver at Caulfield and ridden by Ben Allen. Following a second placing at Pakenham and third at Moe, the five-year-old gelding won his first race in 16 starts.

Vuni finished a length and a quarter ahead of favourite Silk Jacket, with Wanted Miss third.

Race two, the 1200m maiden plate, was won by debutante Peskijen, trained by David Brideoake at Mornington and ridden by Ethan Brown. Threequarters of a length behind was Frankie Pinot, who finished well, while Rubick Kingdom came third.

The day’s highest priced winner came in race four, the 1600m maiden plate. The tote was offering $69 for Bak Da Man, trained by Mick Price and Michael Kent at Caulfield and ridden by Jye McNeil.

The three-year-old gelding, in just his second start, found a gap in the straight, and sprinted away to win by one and a quarter lengths from Perennial. Another Price and Kent runner, Johnny Buccaneer, came third.

The three-year-old gelding settled in second place after the start, and was involved in a four-way battle in the straight, but responded to the challenge to win by half a head from Ironedge, Prosecutor and Go Humphrey.

The five-year-old gelding won by one and a half lengths from Godolphin runner Unblushing, with Prussian Dream third.

The final race of the day, the benchmark 64 handicap over 1717m, was won by Somerset Maugham.

The six-year-old gelding, trained by Danny O’Brien and ridden by Damian Lane, took the lead with 1400m to race, kicked away in the straight to win by three and a half lengths. Ocean’s Thirteen finished second after sitting behind the winner for much of the race, while Argyle Belle came third.

The next meeting at Greenwattle Racecourse will be on Thursday, September 24.