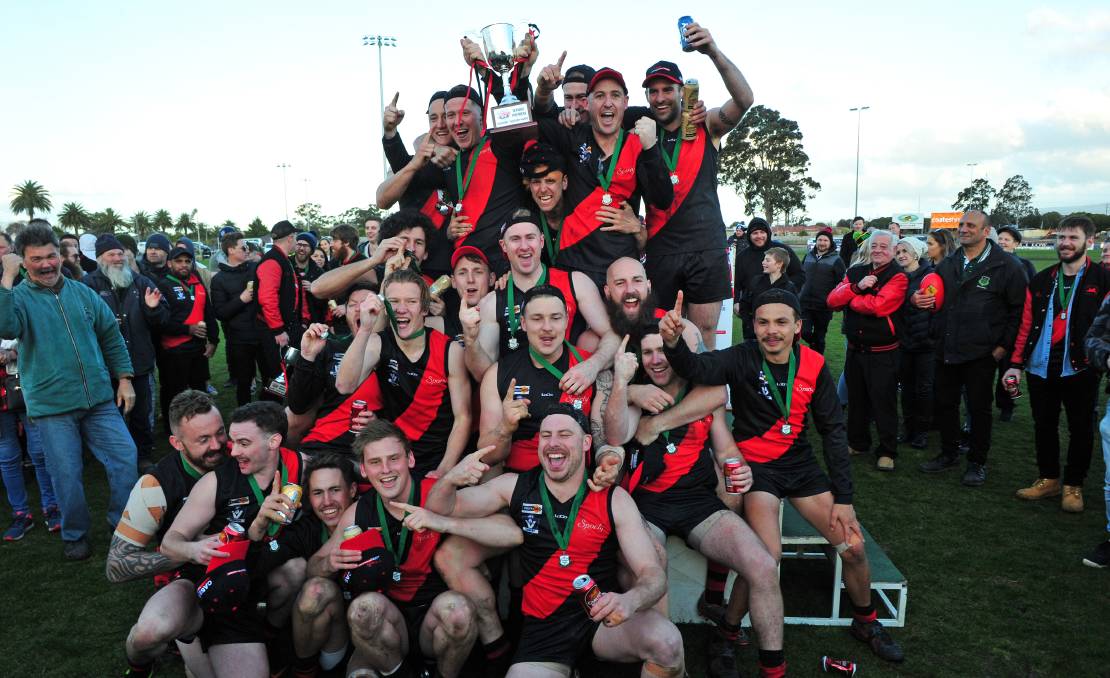 YALLOURN-Yallourn North Football-Netball Club will proceed in its bid to transfer to the North Gippsland league.

The club this week released the result of a members’ vote – from 160 votes received, 88 per cent were in favour of moving from the Mid Gippsland Football-Netball League to the North Gippsland FNL next year.

“We are really excited about the future of our club and progressing our application to join the North Gippsland Football and Netball League,” Sheekey said.

“An extensive research process was undertaken by a dedicated committee, that saw all groups of our club represented, which explored the two league options.

“After undertaking the research and meeting with both league executives, it was found that the North Gippsland Football-Netball League more aligned with our club values and priorities.”

The transfer of the Bombers will need to be approved by the majority of clubs in both leagues.

MGFNL publicity officer Rob Popplestone said the league was “well-prepared” for the Bombers’ application to leave.

“It’s no real surprise given there was every indication the application to North Gippsland was going to happen over the last few months,” he said.

“The executive is working very, very hard behind the scenes to make sure the new league will be in as good a position as possible for the start of 2021, whether that includes Yallourn-Yallourn North or not.”

Popplestone expected a vote of MGFNL clubs would take place “sooner rather than later, possibly as soon as Monday”.

“I think the vote is going to be interesting to be quite honest,” he said.

“With Trafalgar, I think the general view was that they were a club we definitely wanted to keep, and the same could be said about Yallourn-Yallourn North.”

Trafalgar successfully appealed to AFL Victoria the rejection of its bid to leave the MGFNL for the Ellinbank and District league. Seven of the nine MGFNL clubs voted against the move.

The MGFNL was set to expand to 15 clubs next year, with the addition of six from the Alberton league, as recommended in a report commissioned by AFL Victoria. The additional travel to matches was seen as a factor in Yallourn-Yallourn North and Trafalgar looking for new leagues.

Popplestone said the decision by AFL Victoria to green light Trafalgar’s departure had set a precedent for future applications.

“But how the vote goes in the wake of the appeal being upheld by AFL Victoria … it will be interesting to see if that plays a part in the decisions made by Mid Gippsland,” he said.

“Is it worthwhile us rejecting the application if it’s going to be rejected?

“We don’t want to be in a position where clubs can feel they come and go as they see fit.

“There needs to be a commitment by the club and league and commitment to the game from the clubs and the league, and part of that is having some security and solidarity.”

Last year, Yallourn-Yallourn North won its first senior football premiership since 1996, and also claimed the reserves flag. The Bombers went through the season undefeated in both grades, with their only blemish a draw by the seniors with Mirboo North in the final round.

A successful application to move could create a clash, with Traralgon-Tyers United already playing under the Bombers’ nickname and in black jumpers with a red sash.