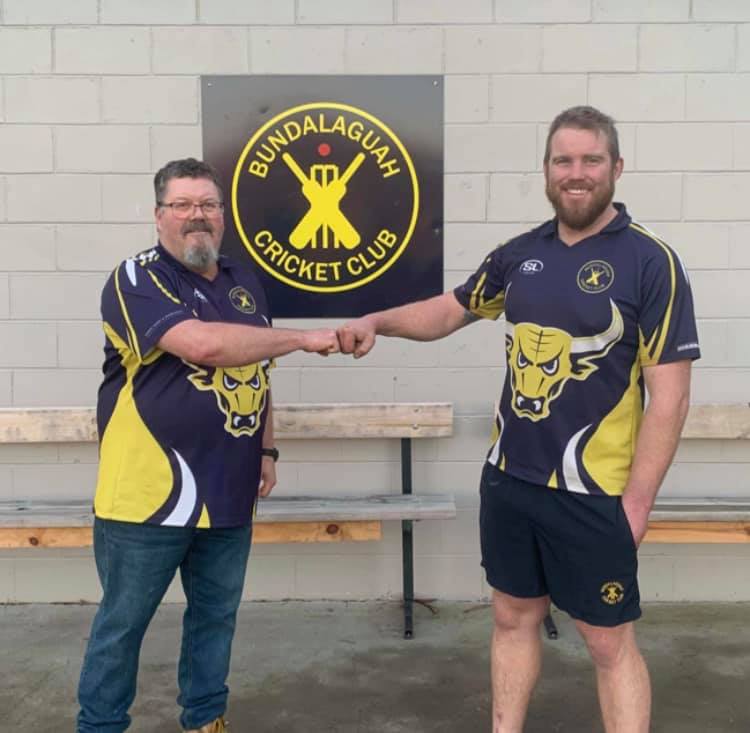 NEW Bundalaguah Cricket Club senior coach Nathan Hibbins is putting the onus back on the players ahead of the 2020-21 Sale-Maffra Cricket Association campaign.

Hibbins comes into the role after two seasons with the Bulls, as well as a lengthy career in Victorian Premier Cricket with Casey-South Melbourne and Frankston-Peninsula.

The wicket-keeper batsman takes over from outgoing senior coach Alex Young, who enjoyed six seasons in the coaching department, including the “Incredi-Bulls” clean sweep of 2014-15.

Hibbins comes into the role after two seasons with the Bulls, as well as a lengthy career in Victorian Premier Cricket with Casey-South Melbourne and Frankston-Peninsula.

The wicket-keeper batsman takes over from outgoing senior coach Alex Young, who enjoyed six seasons in the coaching department, including the “Incredi-Bulls” clean sweep of 2014-15.

Hibbins said he was looking forward to imparting his knowledge of the game onto others.

“It’s important to give back, and I guess I’m in a position to do that now,” he said.

“Now that I’ve stepped away from premier cricket I have the opportunity to look further into the game rather than at my own game, so that’s why I’ve taken it on.”

On the field, the Bulls’ first grade side will still be led by Sam Bedggood, something Hibbins believed was vital.

“I think it’s important to separate those roles,” he said.

“You’ve got to play with good communication and have a good understanding between the two, but I still think it’s important to have a captain that’s not a coach.”

Moving into the new season, Bundalaguah will know its best cricket is good enough to topple anyone, as it showed last season when it defeated reigning premier Sale – one of only two teams to do so.

The Bulls were beyond unlucky not to make finals last season, falling short by 0.051 or a per cent.

Given how tight the SMCA competition has been in recent seasons, Hibbins said a methodical approach would be important to ensure his team either stayed in or ahead of games for as long as possible.

“The defining factor is process,” he explained.

“We lost early games last season or had draws and missed out on those points. The season before we had this process that got us right through to the grand final, and come the grand final we moved away from that process and Briag just stepped right in and flattened us – and so they should have.

“I think this season the focus is going to be taking that process and taking each step of that process, so when it comes to the crunch time you’re not going to shy away from what’s happening.

“I think it will be a very even competition – anyone can beat anyone in this league – it’s a pretty strong competition.”

Bundalaguah will be without gun all-rounder Steve Spoljaric, who has moved back to Melbourne, and South African big hitter Cloete Buitendag.

Despite losing 872 runs and 42 wickets from those two names, Hibbins said the vacancies would create an opportunity for others to step up.

“I’m hoping there is going to be a bit of fight between the grades and the blokes who are the keenest are going to step up and take those roles,” he said.

“Whether it be in A grade to take Spolly’s role or B grade to come into A grade, it doesn’t matter, I just feel that is going to be healthy competition.”

The Bulls will be bolstered by the fact opening bowler Gayashan Munasinghe is now a local, and could move back into the middle order to fill the gap created by Spoljaric and Buitendag.

Munasinghe played as an all-rounder in his first season coming over from Italy in 2018-19, and put together a decent return with 25 wickets and a couple of half-centuries.

If the Bulls can have Munasinghe, arguably the quickest bowler in the competition, averaging 25 with bat and ball, it could prove to be a more than valuable asset.

Some young players in the Bulls paddock are also earmarked for solid seasons.

Leg spinner Jake Wynd is often not thought of as a young player but is still only 18, and could be called on to bowl longer spells if two day cricket goes ahead after Christmas.

“Whitford put on a yard-and-a-half last season so there should be some really exciting cricketers coming through,” Hibbins said.

“They’re all at that age now where they are a little bit bigger and stronger.

“I’m really looking forward to seeing how Wynd and Whitford and even some of the younger guys like Josh Lenehan coming through the lower grades go.”

Bundalaguah went back to training last week, ready for the season to begin this month.

The Bulls’ seconds and fourths will be out to defend premierships won last season.