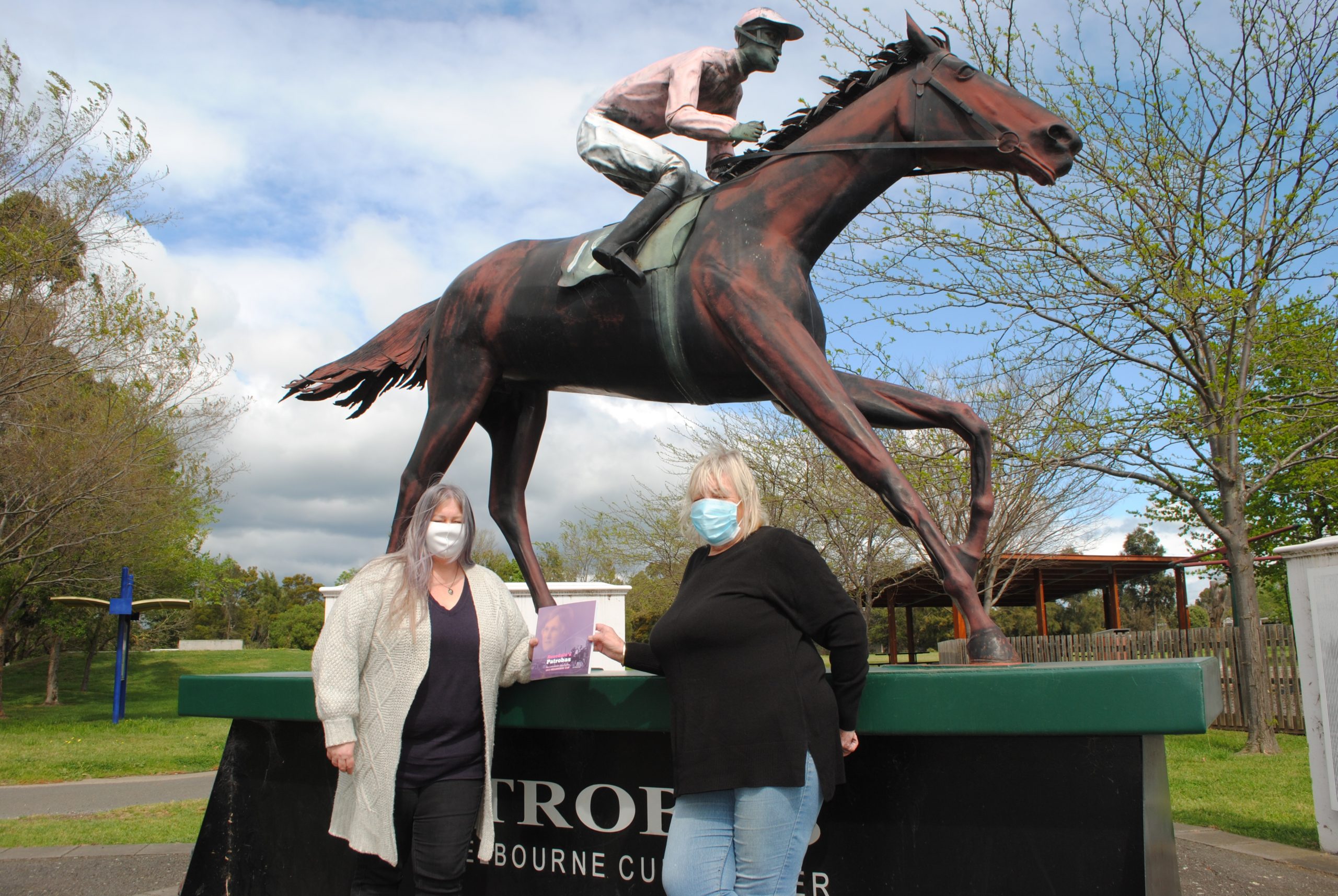 THE life of the greatest sporting icon to come out of Rosedale has been chronicled in a book, ensuring its legacy for generations to come.

Melbourne Cup-winning thoroughbred Patrobas, and the people that got the horse from Rosedale to Flemington.

Surprisingly, the Patrobas story was at risk of becoming lost to history before a statue was unveiled in the main street of Rosedale some years ago – and is now an imposing feature for all passers-by.

The book, Rosedale’s Patrobas, is something of an extension of the statue, with many people involved in getting the statue erected also behind the scenes collating the book.

Patrobas is explicitly linked to the Widdis family, and Edith Widdis especially, who chose the horse for her birthday.

Rosedale Patrobus Book Group member Dawn O’Connell said the link between the two was the cornerstone of the story.

“Mrs Widdis is respected and honoured with this book; it’s as much her story as it is Patrobus’,” she said.

“The story of Mrs Widdis, the story of all of it is incredible – it’s a story of commitment and endurance and a lady well before her time.

“When she won the Melbourne Cup with her horse she was trying to push her way through the crowds to say ‘that’s my horse’ and they wouldn’t let her because they didn’t believe her because she was a woman.”

There are a number of interesting nuances in the book, including a fitting tribute to women in racing.

“One of the best stories for us has been when Michelle Payne won the Melbourne Cup exactly 100 years later, carrying the same saddle cloth number which most people don’t know of,” Ms O’Connell said.

“Patrobas and Prince of Penzance carried the number 19 saddlecloth, and it makes me really glad to be coming through Rosedale and seeing so many people now with the story of Mrs Widdis and Michelle Payne recognising that in this area we have something absolutely brilliant.”

Amazingly, Patrobas started out as something of an ugly duckling at Nambrok House before making it to the big stage.

“Edith Widdis chose Patrobas because out of the horses she got to chose from – he was the plainest one,” Ms O’Connell explained.

“He was a plain bane horse and she didn’t think anyone else would want it.

“That’s how he became named because Patrobas in Latin means ‘in my father’s footsteps’, and her father was a contributor.”

In one of his earliest races, Patrobas ran second in a two horse race at the old Rosedale racecourse, before making his way to Melbourne to be trained by Charlie Wheeler.

The old Rosedale racecourse was located around where the speedway is now, and interestingly, current and long-serving federal MP Kevin Andrews had a career as a race caller at the Rosedale track.

The horse itself also created history in 1915 – winning the Melbourne Cup, Caulfield Guineas and the Victoria Derby, a feat unlikely ever to be seen in today’s world given horses are now trained to run as stayers or sprinters.

In researching for the book, the group received significant assistance from descendants of Edith Widdis, including her great-grandson Andrew Widdis, who contributed a forward to the book, and the late John Leslie – Edith Widdis’ nephew.

Margaret Lobley also contributed significantly to the book, and lived long enough to see it completed before she died in September.

Edith Widdis’ legacy to Rosedale saw her bequeath a number of organisations, and it continues to this day with the dux of the local primary school given ‘The Widdis Award’.

The 1915 Melbourne Cup trophy is on display in front of the Wellington Room at the Port of Sale building, and the group plans to hold an official book launch in front of the trophy when restrictions allow for 100 people to attend.

Copies of the book are available from Collins Booksellers in Sale and Traralgon, Rosedale Neighbourhood House or by phoning Dawn O’Connell on 0412 161 419.

When asked if readers would find out once and for all if Patrobus was buried in an area around Rosedale, most commonly thought to be Nambrok House, the authors said the mystery was still confined to legend status.