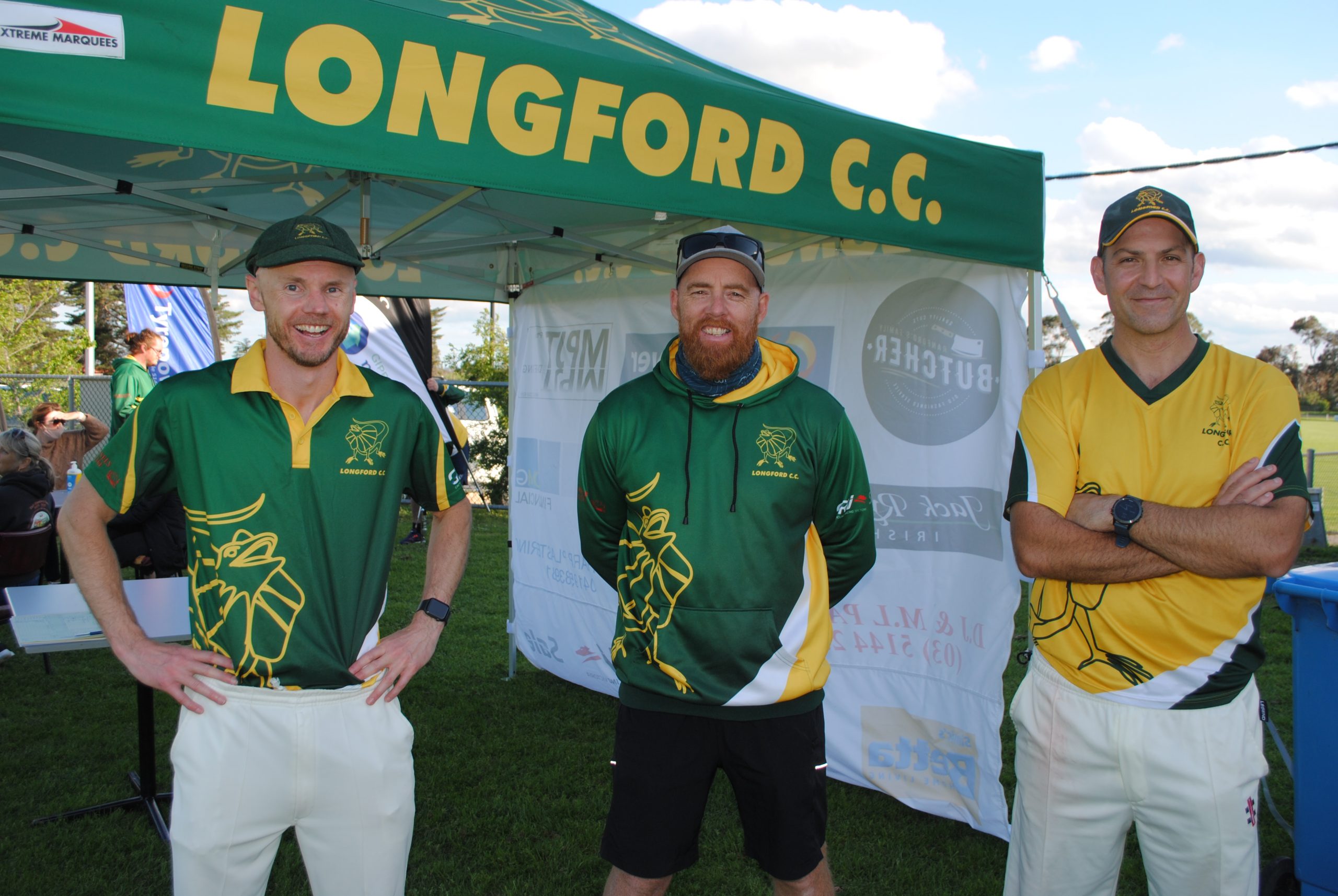 Cricketers will be eager to take to the field in their baggy caps for another summer, following months of uncertainty about how cricket would be played under the COVID cloud.

With a host of restrictions in place, cricket will be different and challenging at times this season, but those involved can at least be grateful the game will still be played in some capacity.

The SMCA recently decided to play all one-day games this season, in line with a recommendation from Cricket Victoria, meaning the 2020-21 season will be historic on a number of fronts.

As well as the restrictions, there will also be a shortage of different accents in change rooms, as the travel ban has meant no international players will be coming over this season.

On the flipside, remote work and learning has meant many players that grew up in the area and would otherwise be playing or studying in Melbourne have been able to get back home for some games until city restrictions ease.

A full one-day season will make for a simpler ladder, as all wins will be worth the same number of points and teams will not be able to go for outrights to leapfrog opponents.

The format will also offer a complex dynamic, as in one-day games it is not always the best team that wins, due mainly to the time constraints. Many one-day games that are decided by 30 or so runs are often because someone comes in late and gets away with playing high-risk, high-reward.

Bowling teams will need to make sure they have adequate depth, as you really need to have five bowlers good enough to bowl eight overs each in one day games.

Although it will be a unique season, there will still (hopefully) be a premiership awarded at the end, and whoever wins it certainly won’t be putting an asterisk next to it.

Sale will begin its premiership defence at home against Rosedale-Kilmany. Also in the opening round, Longford will host Stratford, Maffra will head to College Oval, and Boisdale-Briagolong and Bundalaguah will pick up where they left off, having played each other in the last round of the 2019-20 season.

HAVING reached the giddy heights that come with being a premier, Sale will be determined to enjoy life at the top for as long as possible.

However, now that it is the team to beat, opposition clubs will be circling. every Sale game will be under the microscope – every win over-analysed and every loss scrutinised.

Just how big a hole Coenie Nel leaves remains to be seen, although to the Swans’ credit they won a number of games last season when the South African didn’t fire, which should give the local players some confidence.

The departure of Nel might just mean everyone is bumped up one spot in the batting order, which wouldn’t disrupt things too much, and given all matches are one-dayers, Sale will only have to find eight overs to be bowled.

After finally winning a first grade premiership after so many years, the Swans now have an opportunity to make the new decade their own.

Burning question: which script will the Swans follow after breaking the drought? Richmond 2017 or Western Bulldogs 2016?

STRATFORD is ready for life after Jack Rietschel, and has been working hard to put contingencies in place to ensure the side remains in the top half of the ladder.

Although some players have left, the goalposts haven’t really shifted, and the Redbacks’ leadership of Taylor Tatterson and Cormac Hassett will essentially be a continuation of what took place last season.

Stratford proved last season it has enough depth to cover injury and unavailability, most notably in the form of Ben Channing, who was plucked from the thirds and ended up scoring 63, 47 and 55 in three consecutive games.

The Redbacks have arguably the most miraculous players in the competition, with players the likes of Bohdi Walker and Chris Aurisch possessing freakish ability, which should keep opposition teams on notice.

The Redbacks still have a healthy squad at their disposal, and to most pundits are capable of making finals.

Burning question: with Lash and Wrigglesworth gone – who takes the new ball?

There are some things we do not know.

Rosedale-Kilmany could easily fit into any of the above categories, and the only club outside the Sale-Maffra bubble has again had a typically quiet off season.

This quietness can often be dangerous to opposition teams, as it was last season when the Warriors flew under the radar until the last few weeks to end up in third position on the ladder.

Familiar Rosedale-Kilmany names are again in leadership positions, with Daryl Sebire senior coach and Rohan Diamond captain. Diamond takes over from Hayden Glover, who will be staying on in a playing capacity.

Brad Scott will yet again be a key player, and the Warriors will be hoping he is available more weeks than not.

An aspect of Rosedale-Kilmany cricket that often stands out is that the team always provides a contest regardless of the situation. Opposition teams have found it challenging to take points from the Warriors in the past, and this hallmark is expected to continue in season 2020-21.

MANY in the Collegians’ camp may have been fist-pumping internally when they found out the entire season was going to be one-dayers.

As the reigning one-day premier, Collegians’ will be out to show its success in the shorter format, and continue to be a benchmark in Sale-Maffra cricket, having not missed finals since 2014-15.

The side has no shortage of big hitters, and an added bonus to having all limited overs games could mean its older players are able to perform at optimal levels given the decreased workload.

Teenager Tom Morrison had an extraordinary 2019-20, winning the league bowling aggregate, as did then 19-year-old and now captain Zac Hurley, who finished the regular season as the league’s third highest run scorer.

The pair was part of a number of young College players that performed well beyond their years last season, and onlookers will be watching the follow-up effort with interest.

College has welcomed back some returning locals in Elliot Durrant, Ned Hurley and Jayden Allison, who should slot in seamlessly.

BUNDALAGUAH could hardly be blamed for thinking the cricket gods have been against it the past couple of seasons.

In 2018-19 the Bulls became just the second team in 15 years to lose a grand final to a team that finished fourth, while last season it missed finals by 0.051 of a per cent.

Heading into 2020-21, the Bulls will be bolstered by the fact opening bowler Gayashan Munsinghe is now a local, and he could move back into the middle order to fill the gap created by Steve Spoljaric and Cloete Buitendag.

It may not be the same story with the ball, as the above-listed names took nearly 70 per cent of Bundalaguah’s wickets last season, meaning new coach Nathan Hibbins will need others to step up.

Those in the Bulls’ paddock will be hoping it is a case of third time lucky this time around, and should again be in finals contention.

Burning question: can the Bulls get through games using five bowlers?

AS ridiculous as it sounds for a team that finished the previous season in sixth position, Maffra doesn’t really need to improve that much to play finals in 2020-21.

The Eagles offered an interesting contrast last season, with a six-six win-loss record showing what could have been had a few results gone their way. In the games it lost, Maffra was in a winning position for the majority of them, with only comprehensive defeats at the hands of grand finalists Sale and Stratford.

After taking 24 wickets in just seven matches last season, Ben Durrant could take home the league aggregate if he plays twice as many games this season.

New coach Lee Hopkins will inherit a solid list, with all Maffra teams from seconds to fourths coming off the back of finals appearances last season.

IT will be a slight homecoming for Dylan and Lewis Bolton at Boisdale-Briaglong this season, with the pair returning after a few seasons at Stratford.

Dylan has accepted the role of captain-coach, and opening bowler Jonny Lash has also made the move from Stratford, which should add to the friendly rivalry the two clubs share.

The Saints teased at times in season 2019-20, defeating finalists Stratford and Collegians, but just couldn’t string consistent performances together.

Possibly the best way to sum up Boisdale-Briagolong in recent years is to paraphrase Mother Goose: when they’re good, they’re very, very good – but when they’re bad, they’re horrid.

With Lash and Todd Mann up front, the Saints will posses one of the best new ball combinations in the SMCA, but will need to make sure the other nine players don’t bank on that alone getting the job done.

Theoretically, Boisdale-Briagolong should be better this season with the addition of three new A grade players, but whether or not it is enough to make finals remains to be seen.

Burning question: if the Saints are to make finals, who do they get in ahead of?

LONGFORD will again be looking to take steps in the right direction in 2020-21.

The Lizards had periods of success last season, and probably deserved to win more than the one game it did.

With former England international Steve Parry and boom recruit Richard Bell not around this season, Longford will be hoping the lessons imparted on the local brigade from those two will carry into 2020-21.

The Lizards have shown the benefits of networking, and picked up a few players from RAAF Base, East Sale.

Lachlan Cunningham was a shining light last season, and scored a determined 72 against eventual premier Sale.

Cunningham will form part of a number of young Longford players on the rise, including Cameron Wrigglesworth, Austin Bauer and Connor Lay.

Characteristics of a team in development meant, naturally, the Lizards suffered some hammerings during the 2019-20 season, but this did little to dampen spirits, and if Longford can stay positive and pick up a few wins along the way, it should be primed for brighter days in the not-too-distant future.

Andrew Tyson will coach the club, and the players will be confident knowing they were by no means a walkover last season, and that the one-day format could tilt the scales back to more 50-50 contests.

Burning question: how many wins is a pass mark?